Home » TV and Movies » Check out this week’s top DVDs picks from the brilliantly bleak Sorry We Missed You to Arnie in Terminator: Dark Fate – The Sun

KEN LOACH delivers a gut-punch of social realism with his brilliant but bleak Sorry We Missed You.

Realism is in short supply as Arnie creaks back into action with Terminator: Dark Fate, while darkness is the missing ingredient in an overly safe animated reboot of The Addams Family.

SORRY WE MISSED YOU 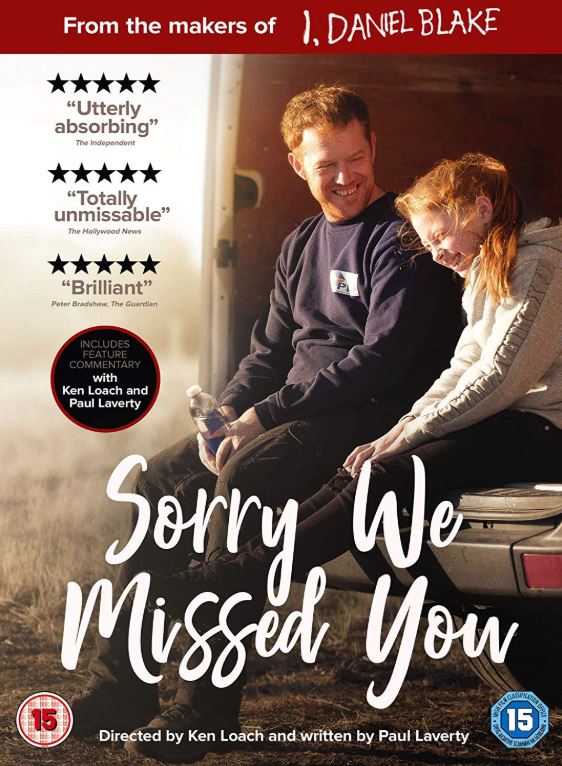 HARD-HITTING Ken Loach drama — degrees bleaker than his previous I, Daniel Blake — about a family torn apart by the struggle to make ends meet on zero-hours contracts.

A scathing, unsparing critique of the economic realities behind our instant-delivery culture — but a tough watch.

Barring a few moments of grim humour, this is as much fun as working one of Ricky’s impossibly demanding shifts.

A thought-provoking, timely and very necessary film, but hardly the sort of thing you will turn to again and again after a few down the pub. 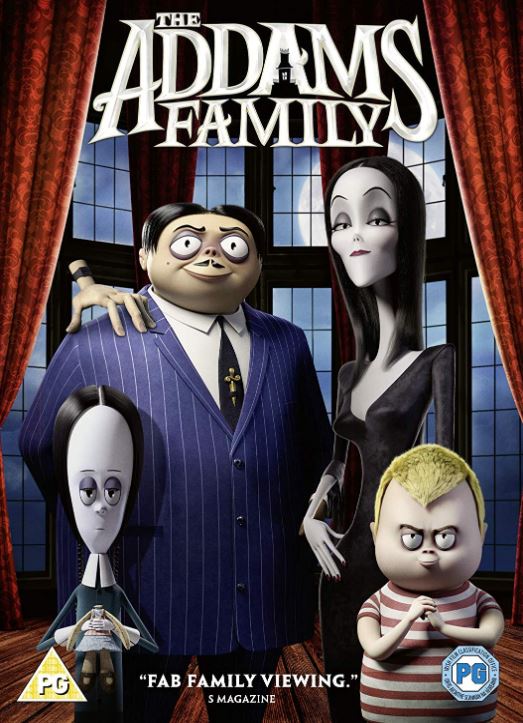 ENTERTAINING enough but tame and rather predictable animated take on the spooky screen staple, last seen in live-action form in 1993.

There are laughs to be had — though not from the clunking satire of social media — and some nice visual flourishes.

But this is not a gothic Incredibles.

The rote plot has been done a dozen times before and the crash-bang antics rarely slow long enough for any sense of atmosphere to develop.

It is telling that the best moments come from the monosyllabic Lurch. By contrast, Nick Kroll’s thickly accented Under Fester is an irritating, laughter-free presence.

While the movie’s oft-repeated message is about daring to be different, this takes the safe choice again and again.

A few darker turns would have made for a richer watch. Not bad, just blah. Next year’s sequel might be better. 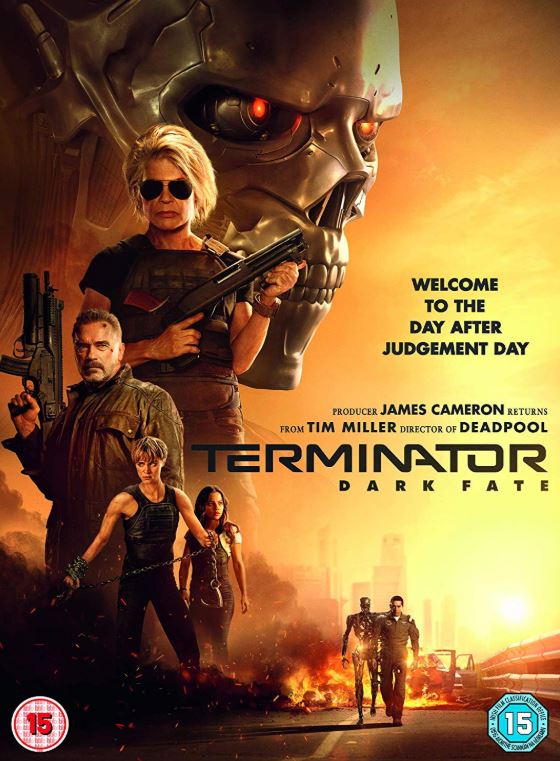 TAKEN on its own, this isn’t a bad actioner. But for anyone acquainted with the series, which is surely almost everyone watching, there is a weary familiarity to it all.

By now, it feels like we’ve all been pursued unkillable robot assassins from a dystopian alternate future.

Watching this generates the sort of existential ennui a T-800 probably feels when there are no more targets left to kill.

With every iteration the action gets more Matrix-y and further removed from the grubby sort-of-realism in the near-perfect opening chapter. It takes less than ten minutes for the smash-bang-wallop to hit maximum volume.

There is no shock value these days in seeing a glowering box of CGI tricks crawl up from the blazing debris of a wrecked vehicle.

All that said, the de-ageing of Hamilton and (very briefly) Edward Furlong is astonishing and this sails over the low bar of being the best one since Judgment Day.

Mackenzie Davis is good as enhanced-human Grace and when Arnold Schwarzenegger finally creaks on to screen, later than you might think, Dark Fate morphs unexpectedly into comedy.

These moments, the film’s best, are very much at odds with the deafening spectacle and po-faced posturing that comes before.

Arnie, always more convincing as a robot than a human, delivers a couple of great lines like the old pro he is. The woeful Predator reboots could have done with some of his magic. 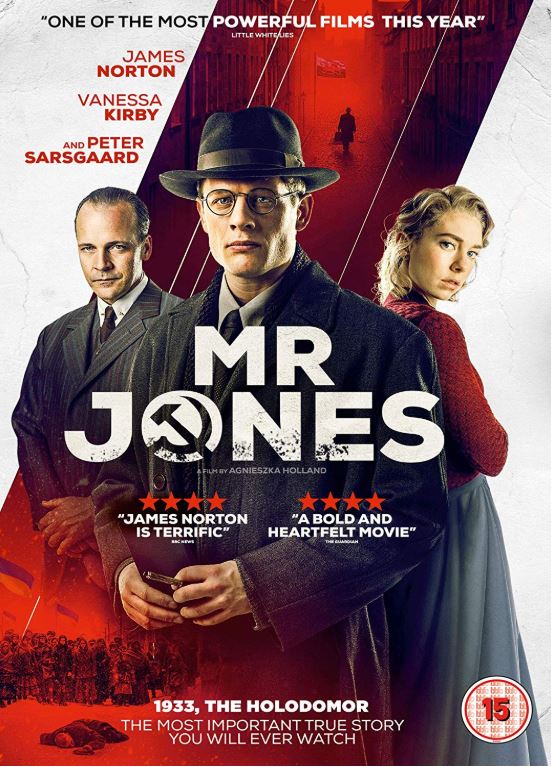 THIS real-life tale of journalistic heroism is solid enough but rarely stirs the emotions — a shame, given the scale of the tragedy at its heart.

James Norton plays Gareth Jones, the Welsh civil servant turned newshound who went above and beyond in the frozen wilds of Ukraine to expose the horrific human cost behind Stalin’s supposed economic miracle.

It is timely, given recent Russian aggression in the region — and there are lessons to be learned from the craven fashion in which the British establishment conspired to squash Jones’ for-the-ages scoop. (The timing of this Polish-Ukrainian co-production is no coincidence.

And this is much better than the recent crop of Russian-made propaganda epics that take a very charitable view of certain periods in their history.)

It is worthy but Norton is a watery lead, outshone by supporting players including The Crown’s Vanessa Kirby.

That may speak to the understated heroism of Jones himself, but it makes for a faintly frustrating watch. 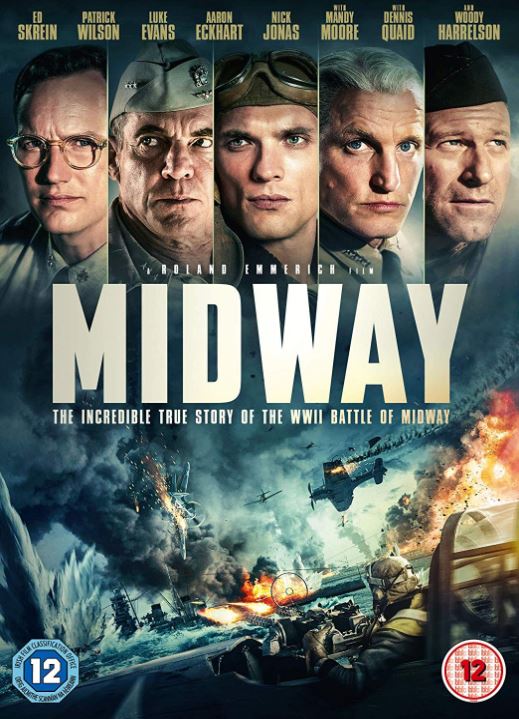 THEY say war is hell but Roland Emmerich makes it look like rather a lark.

This antiseptic wannabe-epic about World War Two’s decisive naval battle isn’t quite as boneheaded as Michael Bay’s Pearl Harbour but it’s no 1917 either, pitched midway (honk) between video game and disaster movie.

You half-expect Godzilla and a squadron of X-Wings to pitch up during the airborne pyrotechnics as reinforcements on either ride.

Not everything is so gung-ho. To Emmerich’s credit, the Japanese are portrayed as essentially decent fighting men rather than pitiless monsters.

And the best moments come from the intelligence nerds’ sleuthing rather than Ed Skrein’s smirking, wisecracking pilot you wish would get shot down a lot sooner.

A better movie would have given us more than two minutes of Brennan Brown’s adorkable code-breaker.

Elsewhere, Patrick Wilson stands around looking worried while Dennis Quaid growls as if he’s just ground up and smoked the remains of Tommy Lee Jones.

Plenty of spectacle, most of it empty, with a few half-hearted stabs at irony and pathos.