Home » TV and Movies » Charlie Stayt teases Owain Wyn Evans’ attempt at French ‘Took me a while to realise!’

Charlie Stayt and Naga Munchetty hosted BBC Breakfast on Saturday morning and highlighted to viewers the sunny view they had outside their studio. While the pair were commenting on the weather, meteorologist Owain Wyn Evans joined in and used a French phrase to describe the view. But, presenter Charlie couldn’t help but tease his co-star over his attempt at the French language.

The BBC Breakfast presenters commented on the sunshine they were experiencing outside their Salford studio on Saturday morning.

Naga told viewers: “We’re going to get the weather from Owain in a moment, but first let’s give you a little guide, a little tour of what we see outside the building.”

Charlie added: “Yes, I mean, very early this morning because it’s that time of year of course isn’t it?

“It was a really beautiful dawn this morning in the north west, sun shining across. 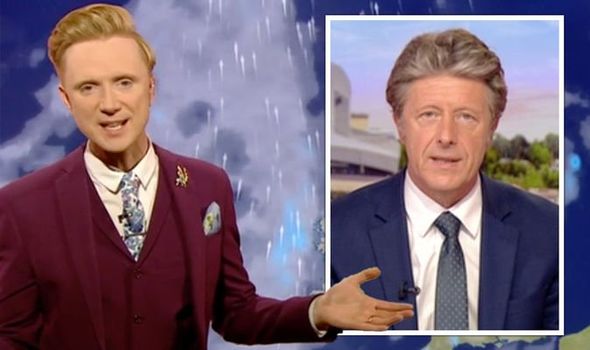 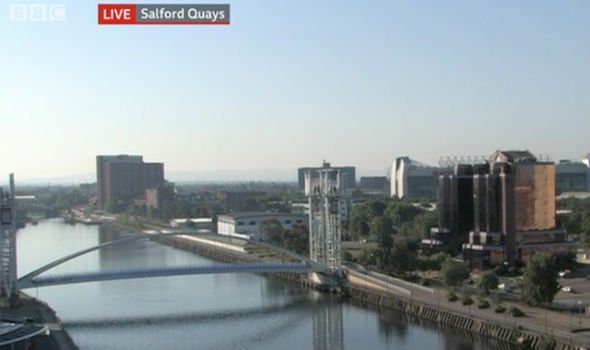 “This is the view across Salford Quays, you’ve probably seen it before if you watch the program regularly,” Charlie explained, while live images of the view appeared on the screen.

He continued, explaining: “But, there’s something very calm about the day today.

“There’s just not a ripple on the water, just a rather beautiful summer morning and you’ve got to enjoy those haven’t you?” Charlie added.

Naga agreed with her BBC Breakfast co-presenter, remarking: “You absolutely do.” 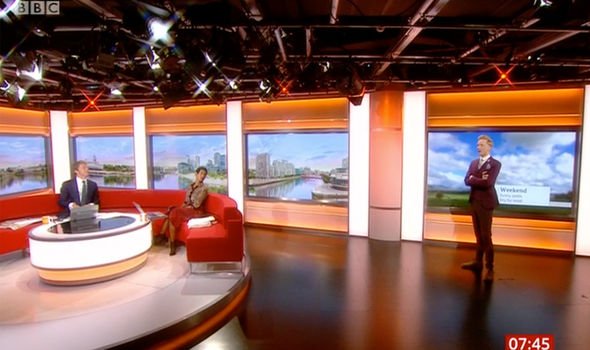 She then handed over to weatherman Owain, saying: “Now, Owain are many people going to be enjoying mornings like this?”

“You look surprised,” Owain said to the BBC Breakfast presenter.

Charlie replied: “No I was just – it took me a little while to figure out what you said if I’m honest and then it twigged!”

He continued telling Naga, Charlie and the viewers at home about the weather.

Owain said: “I think people will be seeing something a bit like that, but it’s not like that for everyone I’m afraid.

“We have some weather front around which are going to introduce thicker cloud, some showers, maybe some rain as well,” he commented.

Owain concluded his weather report by saying: “It’s a story of sunny spells and scattered showers, temperatures rising a bit.”

BBC Breakfast airs weekdays at 6am on BBC One.