“If you are a power user on Twitter, this feature is definitely a plus, especially if you get all of your news from Twitter,” The Go! Agency founder Chris Tompkins says

Twitter is betting its new subscription service can help digital publishers generate more dollars than traditional advertising, but its success will come down to how much time users spend consuming their content.

The value proposition of Twitter Blue, the new premium service at $2.99 per month, includes an ad-free reading experience with a Top Articles feature that shows users the most popular articles in their network from the last 24 hours. With ad-free articles, Twitter said it aims to help each publisher make 50% more profit per user than they would have through serving ads. There are currently 300 news publishers — from BuzzFeed to Reuters — included in Twitter’s network providing ad-free content. (TheWrap is not among the publishers on the service.)

“It’s early days, but we’re keen to keep on adding premium quality publishers to the network and expanding where you can get the ad-free experience that Blue members already love,” Kristen Tucker, senior product manager at Twitter, told TheWrap. “A portion of each customer’s subscription fee will be distributed to publishers based on the amount of time that customer spent reading sites within the network.”

Twitter Blue was first rolled out in Australia and Canada earlier this year. This month, it expanded to the U.S. and New Zealand. The company did not provide details into how the initial launch went and how many subscribers it has signed up, only committing to expand the service to other markets in the future. 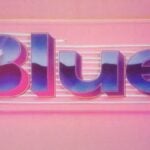 But the social media giant has been looking for ways to grow its revenues as its reach has plateaued, particularly in the U.S. The San Francisco company added 5 million daily users in Q3, and now counts 211 million monetizable daily active users. The platform has some 350,000 verified accounts that would be considered Twitter’s power users, but it’s unclear how many of them would pay for Twitter Blue — and how many would want to pay just to get some ad-free reading. (The service also offers an undo tweet option, more customization for profiles and the ability to upload videos of up to 10 minutes — as opposed to two minutes for free accounts.)

“This will be for power users, creators, publishers and readers,” Ryan Detert, CEO of social data platform Influential, said. “With the current functionality, this won’t be a significant percentage of Twitter revenue. As it expands and gives more exclusives, then I can see this being adopted beyond the most faithful.”

Some publishers were previously a part of this subscription network before Twitter acquired Scroll, the ad-free news subscription service, earlier this year. Other publishers, including The Los Angeles Times and The Washington Post, were included based on their existing relationship with Twitter and “a reputation for innovation with partners,” Tucker said.

Based on the latest data from Pew Research Center’s news consumption report, Twitter continues to play a significant role in supplying news to social media users. This month, Pew studies reported that nearly 7 in 10 (69%) of Twitter users in the U.S. get their news from the platform. And 70% of Twitter news consumers use it to follow live news coverage, up from 59% in 2015. 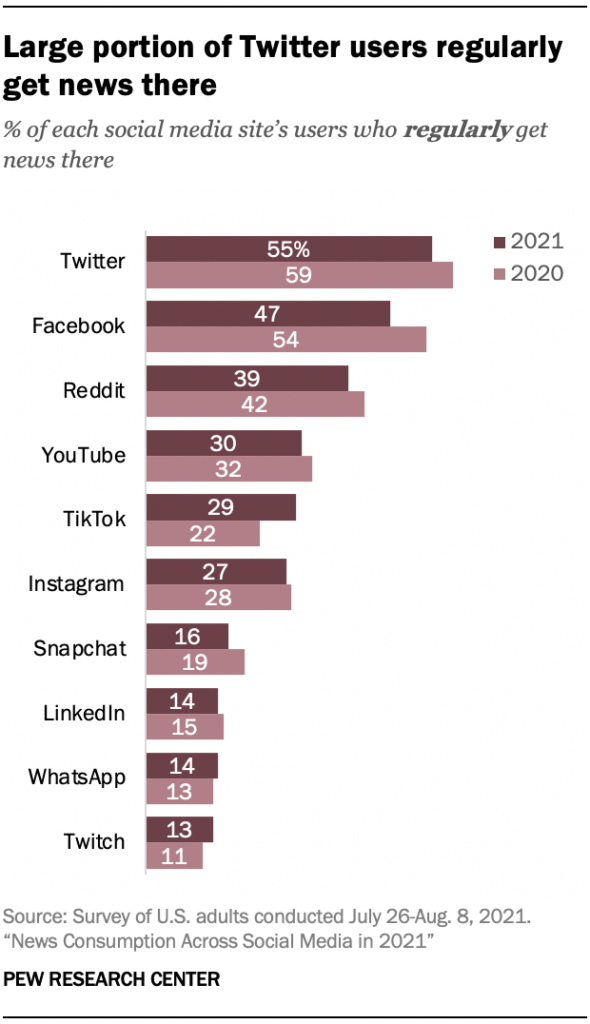 How much publishers will make out of Twitter Blue’s fees will depend on the actual amount of time people spend reading content through this ad-free publisher network. The company is basing this on usage it saw through Scroll before it was shut down and integrated onto Twitter. “The model is built around a goal of an average 50% lift per person for every publisher,” Tucker said. “During the 18 months of Scroll with a comparable model, multiple publishers publicly stated that they were surpassing that goal and our intention is to do so with Twitter Blue.”

Some see Twitter’s subscription model as a welcome addition to support independent media business, giving digital publishers a way to diversify their revenue beyond advertising alone. “More social networks should follow Twitter’s lead and support publishers without trying to control their distribution or their readers’ data,” said Trevor Kaufman, CEO of analytics platform Piano. “Twitter has already done the work to build a dedicated user base over the last 15 years, and it makes sense to monetize that audience through subscription.”

But previous Big Tech efforts to compensate digital publishers for their content beyond advertising have had limited success. In 2019, Apple introduced a premium news service, Apple News+, giving readers access to content from 300 outlets at $9.99 per month. The product was previously a magazine subscription service called Texture, which Apple acquired in 2018. There are also other dedicated news apps such as inkl and Pocket that offer ad-free articles for a monthly or yearly fee.

Chris Tompkins, founder of marketing firm The Go! Agency, also said the service could appeal to other content creators trying to build an engaged audience — an investment all the major social media companies are doubling down on to compete for top creators.

“If you are a power user on Twitter, this feature is definitely a plus, especially if you get all of your news from Twitter,” Tompkins said. “For creators, I think this is a great way to build an engaged audience or inner circle. But that is down the road. It is far from perfect at the moment.” Creators looking to monetize their content on Twitter could be drawn especially to some of the non-news features of the service, like the 10-minute videos and undo-tweet option.

Twitter Blue may just be the start of more subscription plans coming to the platform. Earlier this year, Twitter said it planned to introduce several new subscription products as it aims to double its revenue to $7.5 billion by Q4 of 2023. This year, its US ad revenue is expected to surpass $2 billion, according to Insider Intelligence, with advertising growth driven by more product launches, sports and live events.

Kourtney Kardashian or Megan Fox: Who Has the Higher Net Worth?