Home » TV and Movies » 'Blue Bloods': Baez Teases Danny as He Struggles to Admit She Was Right in a New Clip

Blue Bloods is back for its second episode of season 12. Fans got a teaser of what’s to come. Maria Baez (Marisa Ramirez) gives Danny Reagan (Donnie Wahlberg) a hard time in a new clip.

Danny has been struggling to reach out on ‘Blue Bloods’

Danny loves to throw himself into his work. But that means he doesn’t get much of a personal life. Season 12 opened with addressing that.

Danny reached out to psychic Maggie Gibson (Callie Throne) to get help with finding a killer. She got a sense that Danny never takes time off. She pushed him to have some fun and not deprive himself of joy. The detective didn’t seem ready to hear it.

Maggie’s clue did help Danny solve the crime. She also invited him out for karaoke. The episode ended with Danny going out with her as friends and singing.

Danny is still solving crimes with Baez. It looks like the next episode will show them getting into a fight then making up.

The show’s official Twitter account released a teaser for the new episode. Danny sits on Baez’s desk to tell her something.

“You were right,” he tells her. “I’m sorry can you say that again so I can get it on video?” she asks as she starts to record him on her phone. He takes her phone away but does repeat himself.

Danny says she was right for getting mad at him for being a decoy without backup. She reminds him that they can’t do things like they used to. “It’s just very difficult to sit on my hands when there’s a 14-year-old in the hospital, and we can’t nail the sons of b*tches who did it because they got everybody running scared,” Danny says.

Baez says she understands. But she got her hands on some photos of the gang they’re after. It looks like Danny and Baez will be working on this new case together.

What else happens in the next ‘Blue Bloods’ episode? 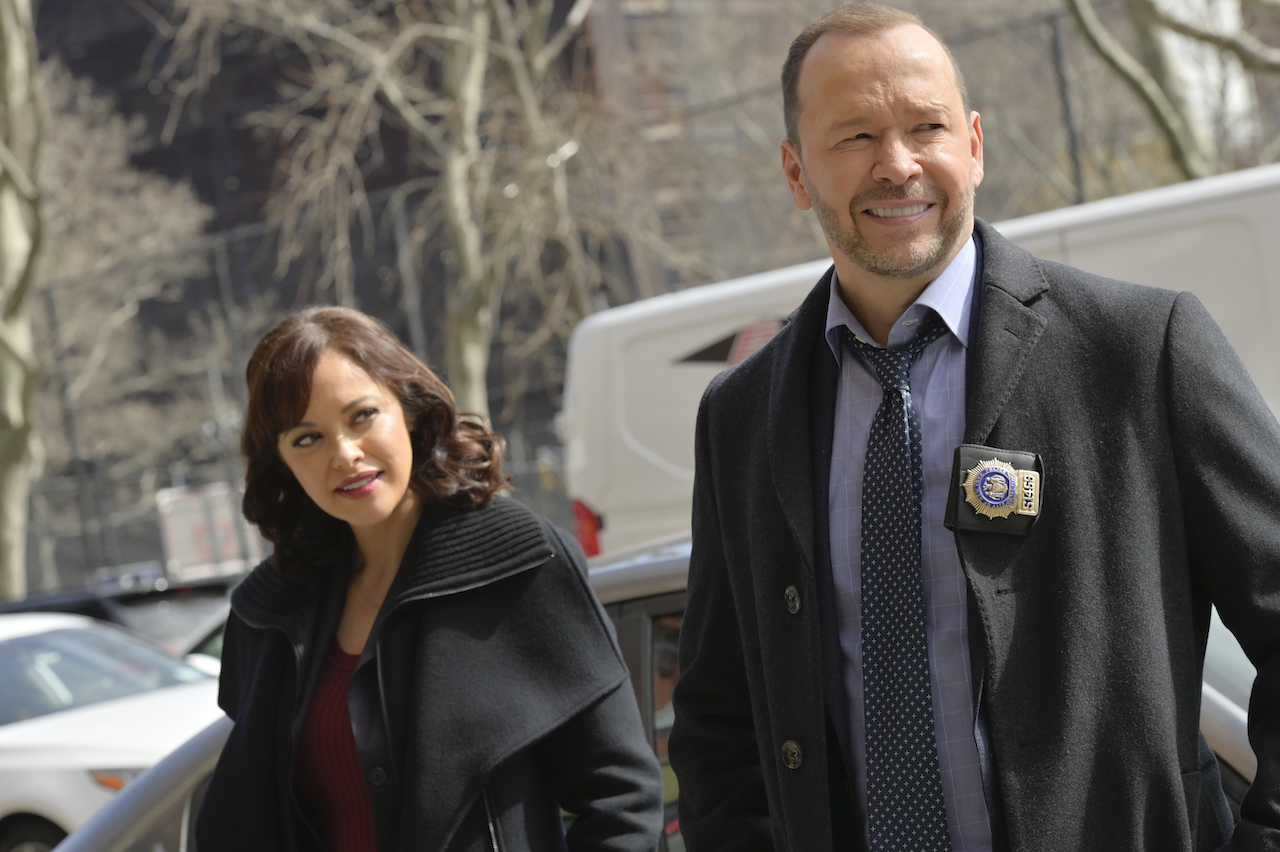 Danny and Baez’s case isn’t the only drama in the Oct. 8 episode. According to a Blue Bloods press release, Frank (Tom Selleck) will also have conflict at work. His arrest goes viral, which leads to him having tension with Mayor Chase (Dylan Walsh).

Jamie (Will Estes) also catches Eddie (Vanessa Ray) lying when she goes out at night. Anthony (Steven Schirripa) reaches out to Erin’s (Bridget Moynahan) family to help surprise her.

The new episode is called “Times Like These” and it airs on CBS on Oct. 8.