BBC BREAKFAST was thrown into chaos as a cheeky dog took a leak 'all over' presenter Jayne McCubbin and the crew's equipment.

A cute Shih Tzu named Buster became the centre of attention as he and other canines disrupted a live report on dog owners going back to work as lockdown restrictions start to lift. 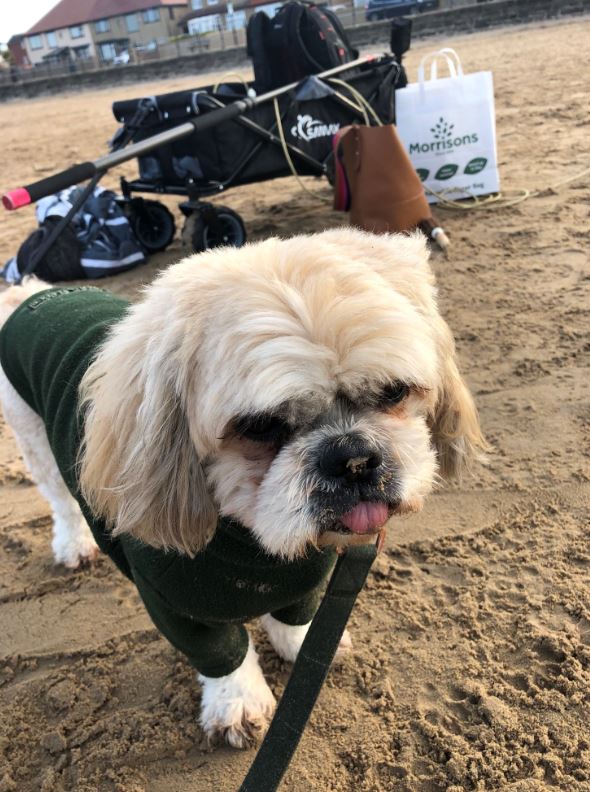 Hosts Louise Minchin and Dan Walker were presenting from the studio, but as they tried to introduce the segment, they could hear the havoc being caused in the background.

Louise spoke about the problems dog owners were facing as some left their pets alone for the first time.

"It is causing some concern particularly over who will look after them when they go back to work after months at home," she said.

With a surprised look on her face, she continued: "I can hear a lot of laughter from Jayne McCubbin who is on a beach in The Wirral! 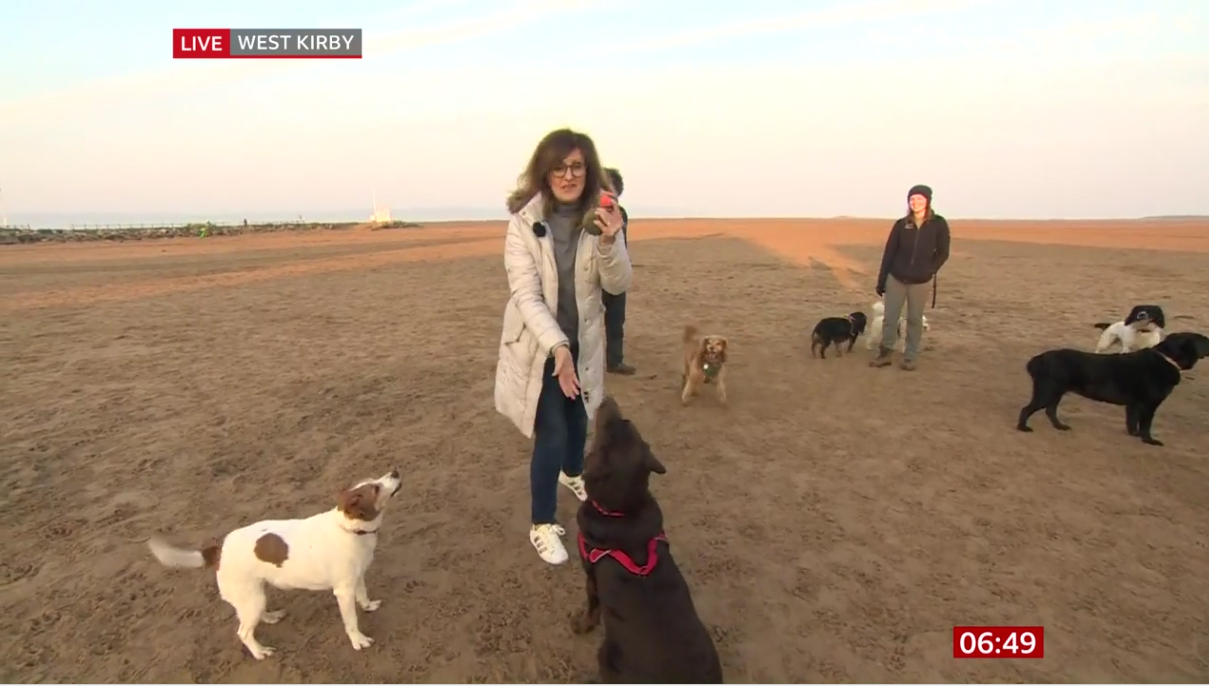 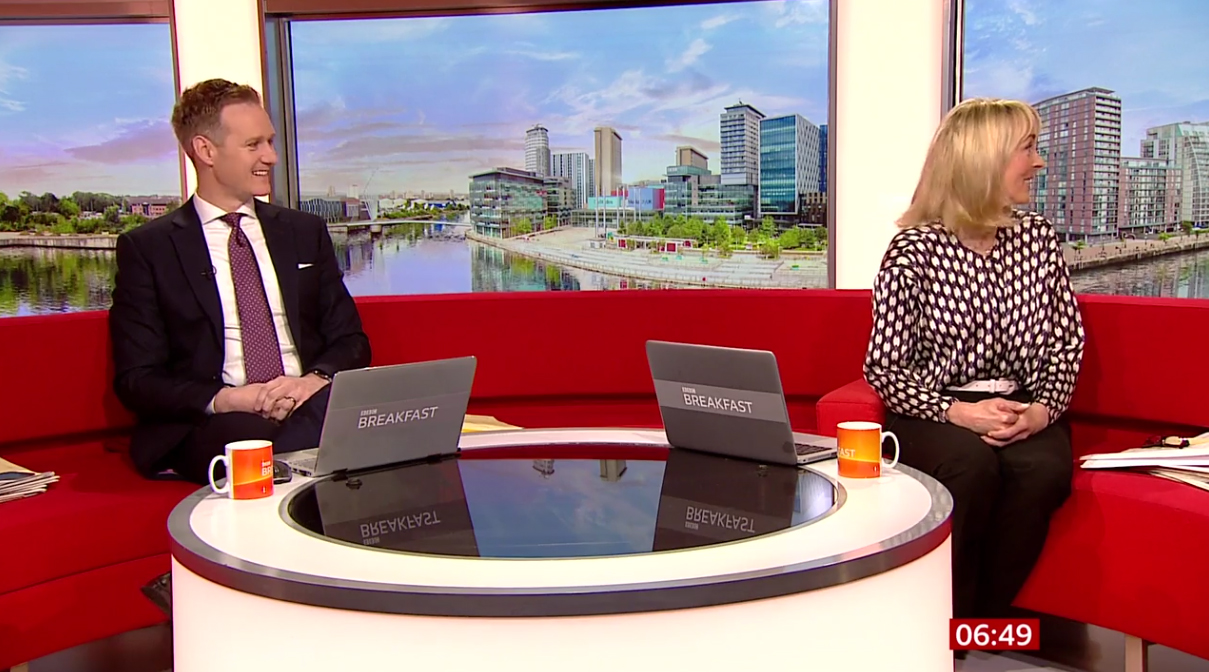 Surrounded by a bevvy of different breeds of dogs, Jayne was struggling to maintain control as she spoke.

As a large dog threatened to topple her over to get his ball back, she laughed: "Fred, he’s been a very good boy, but he wants his ball back.

"Good morning from all of us from West Kirby!"

Jayne then gestured the cameras towards Buster and explained: "Have a look at Buster – Buster’s been a very naughty boy this morning because he has just peed all over Mandy’s camera equipment and just before the headlines peed all over the back of my coat!" 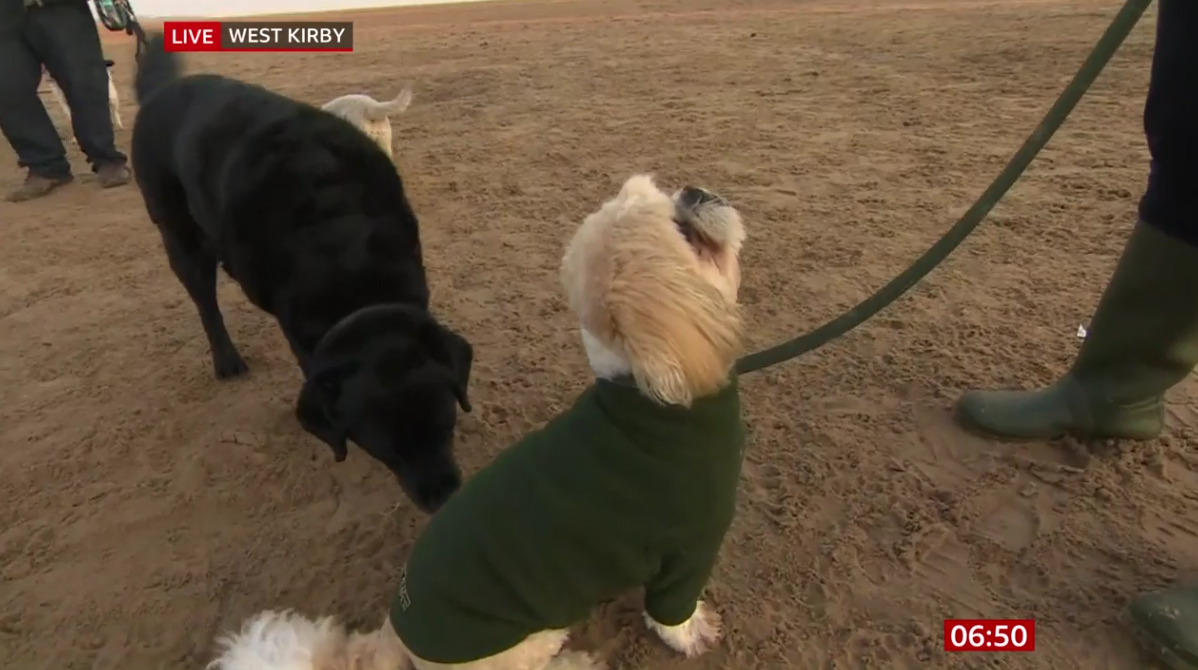 She captioned it: "Newsflash! BUSTER JUST PEED ON ME DURING ⁦⁦
@BBCBreakfast HEADLINES (Rolling on the floor laughing emoji)."

On a short video of the offender and his other canine companions, Jayne added: "Buster *sigh* producer @joshparry dog who arrived @BBCBreakfast and promptly peed all over our kit!"

The reporter also had to deal with another dog causing havoc with his over amorous anctics.

She told viewers: "It's chaos down here, absolute chaos.

"Monty has been very frisky this morning he has been getting amorous with all the other dogs – so don't do it live on television Monty, OK?"