Last week they revealed they were putting the breaks on wedding planning to concentrate on dating. 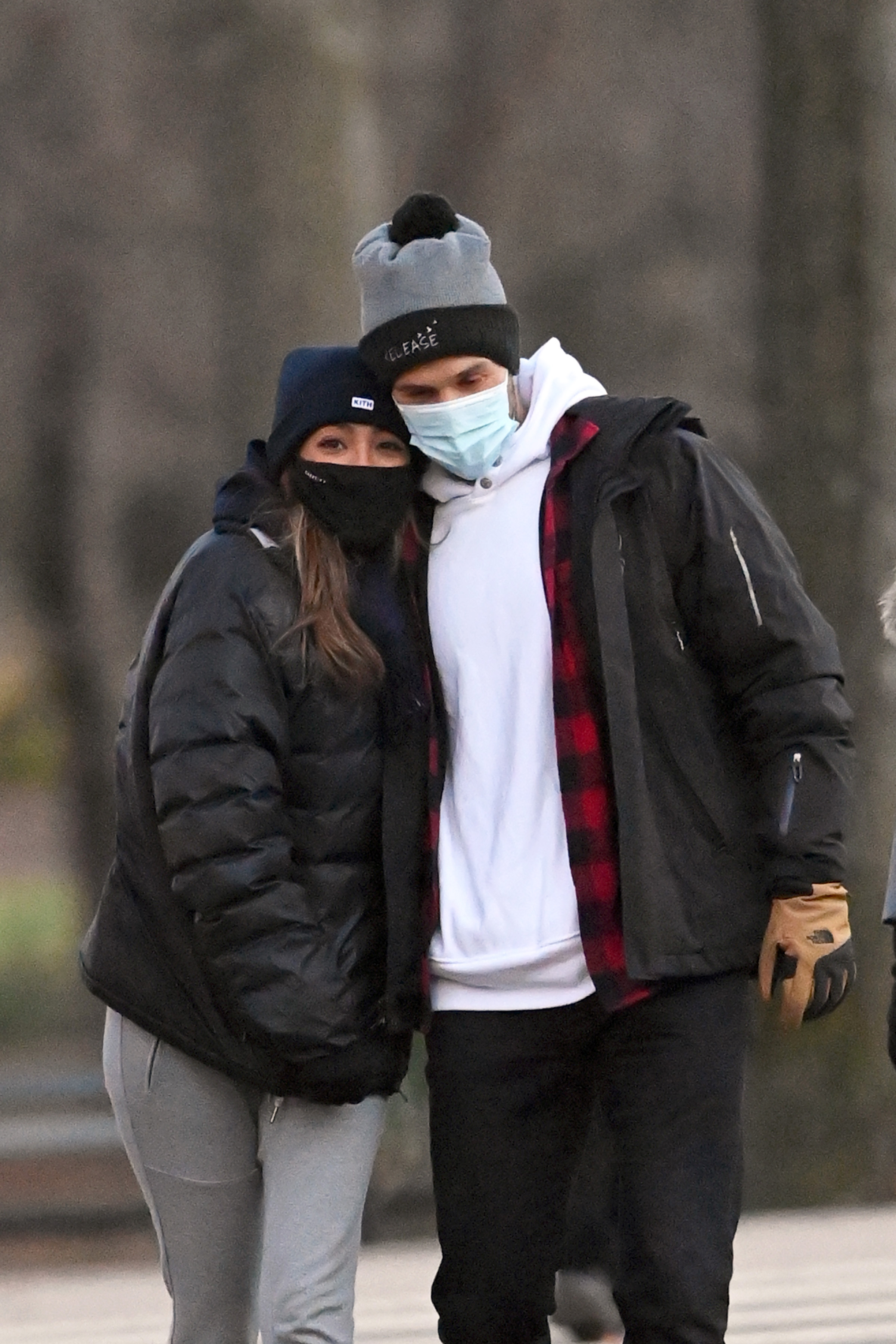 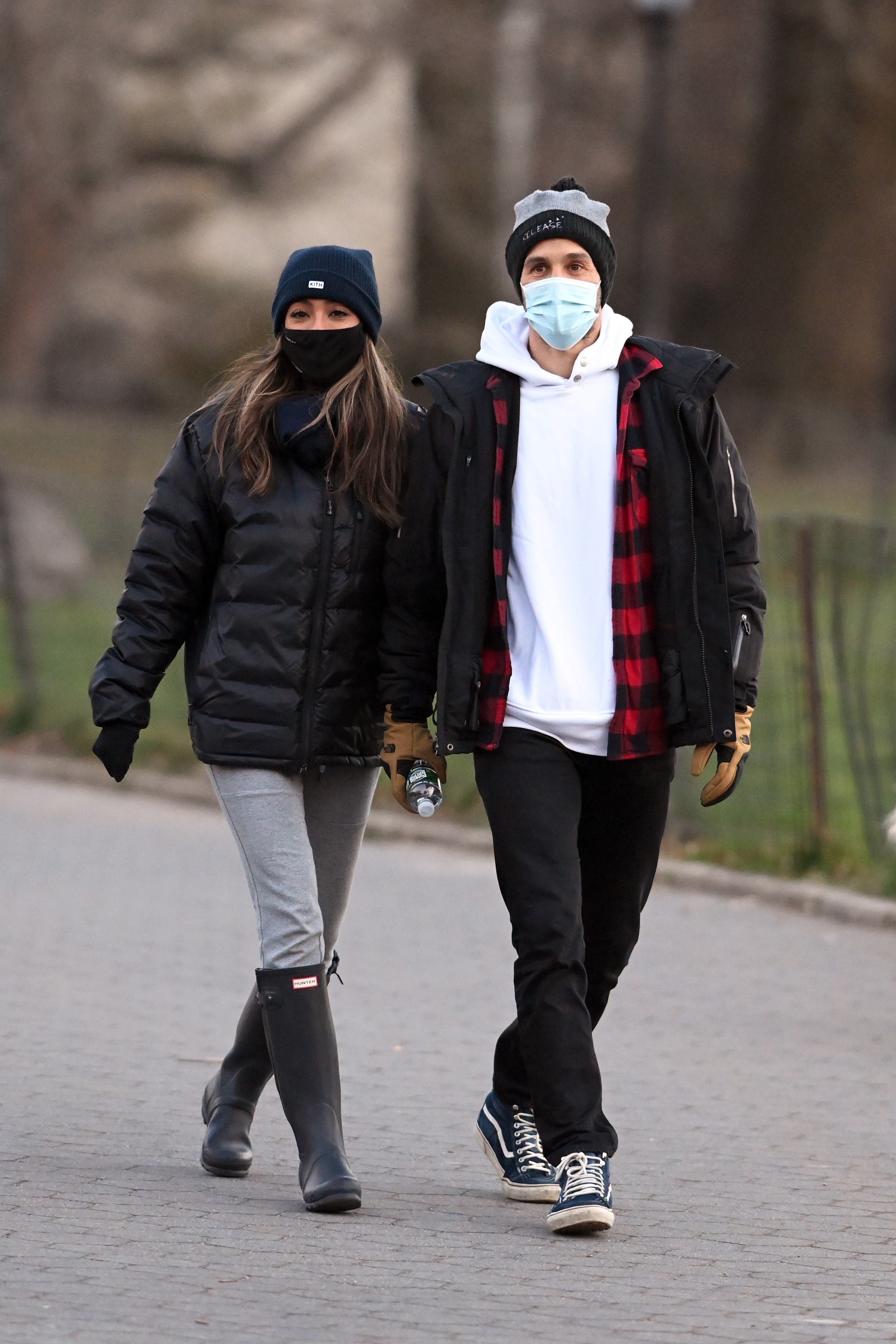 Tayshia and Zac were spotted on a stroll in Central Park.

They were bundled up for the cold weather, both wearing heavy coats, hats and face masks.

In some snaps they were seen holding hands, and in others they wrapped their arms around each other. 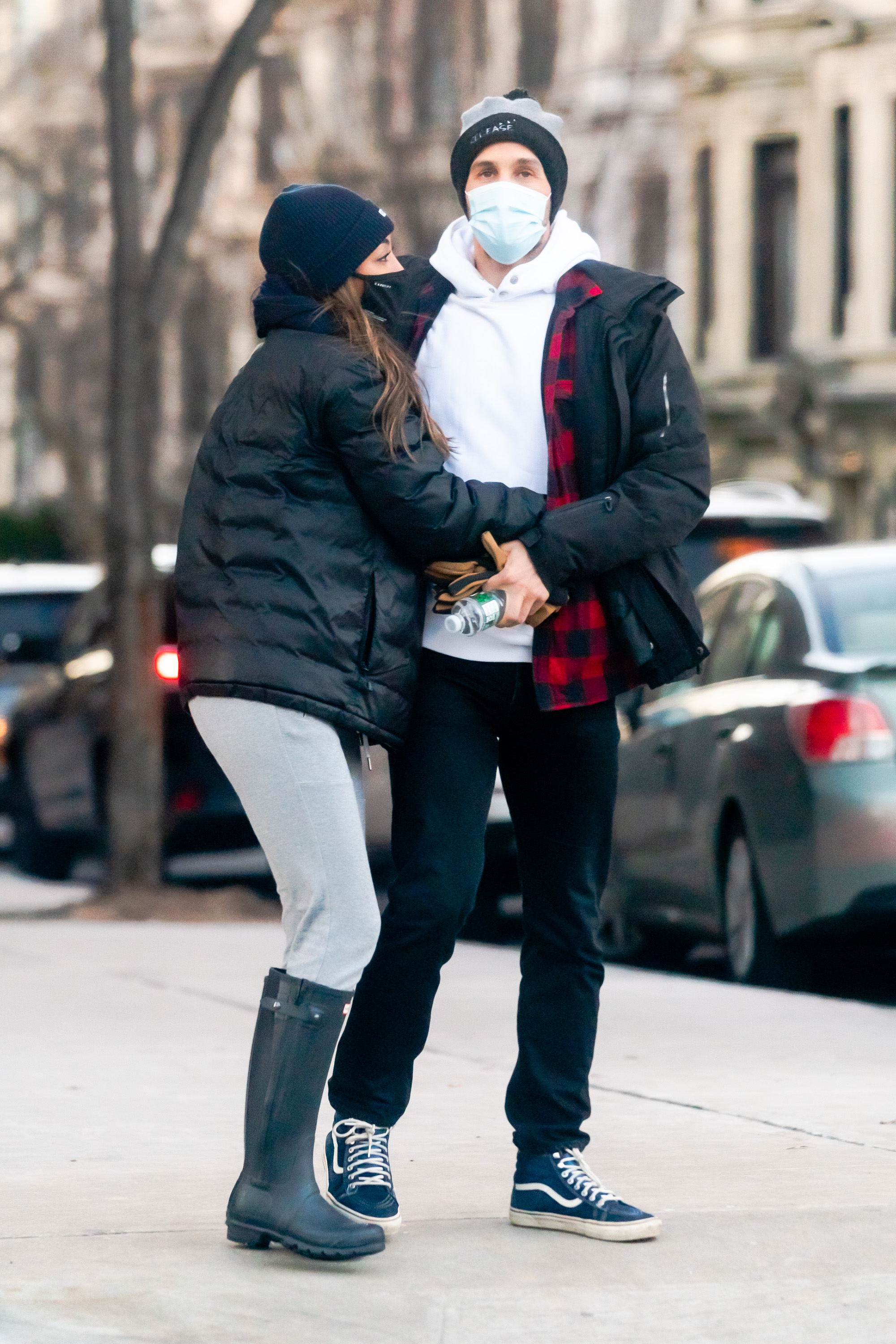 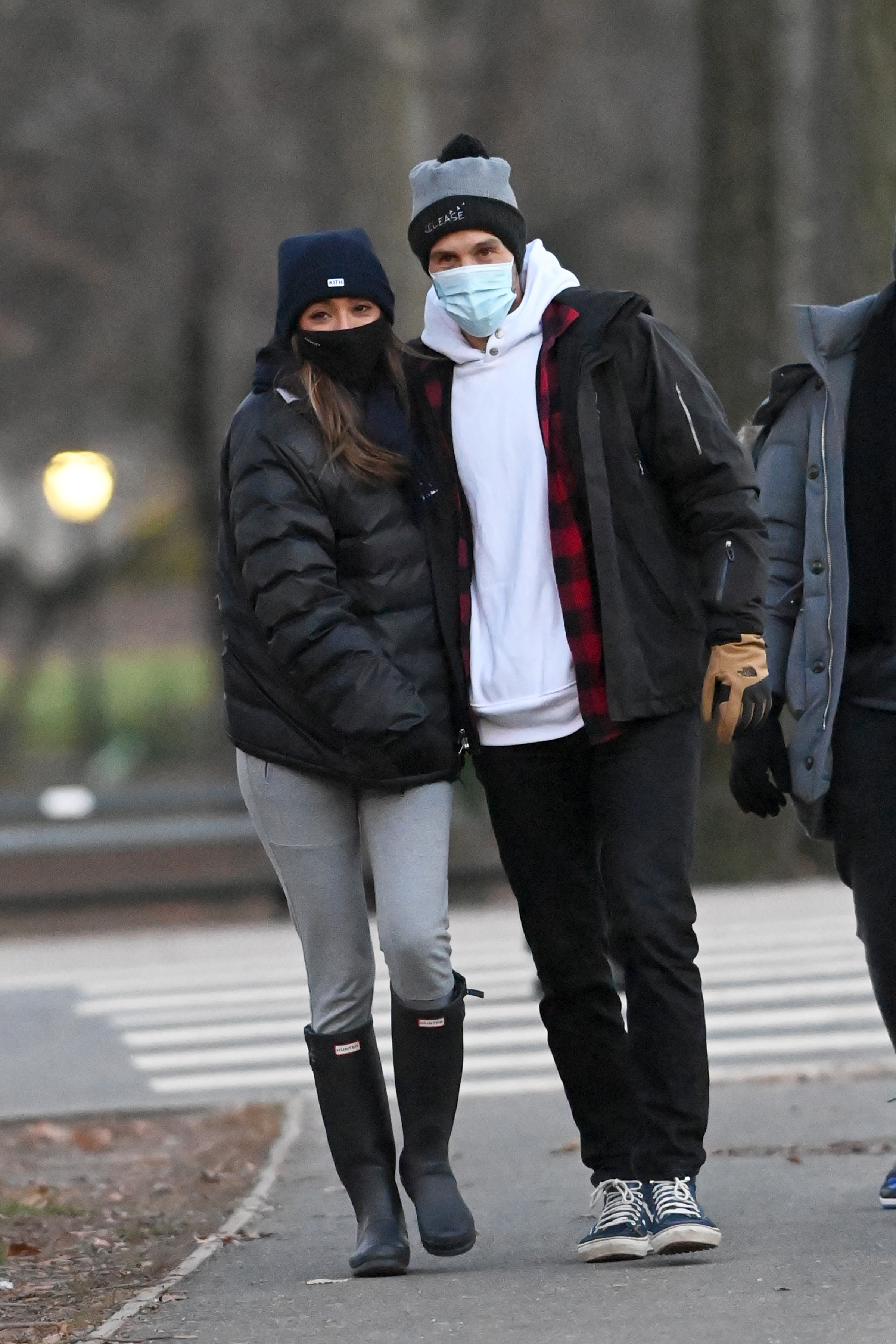 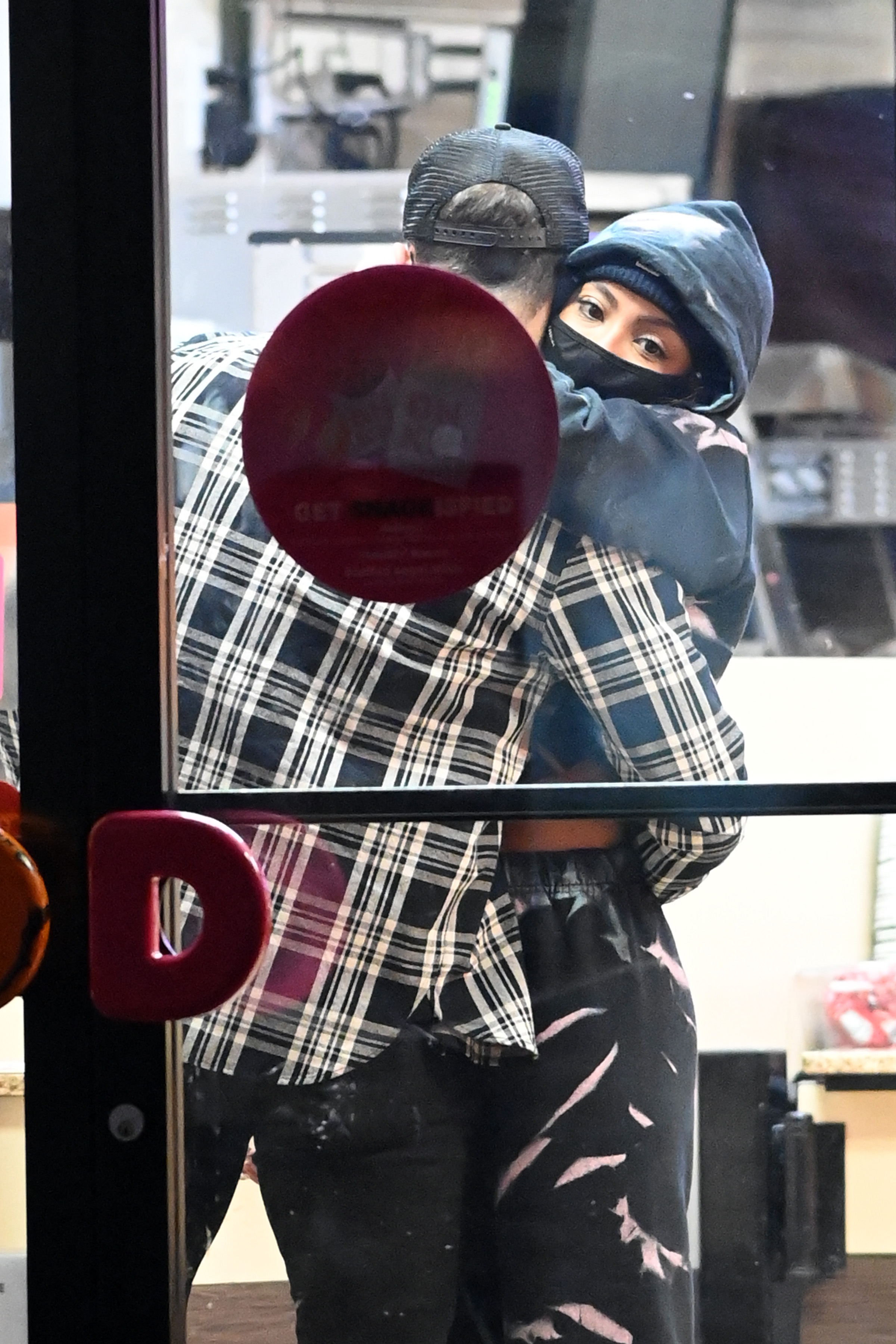 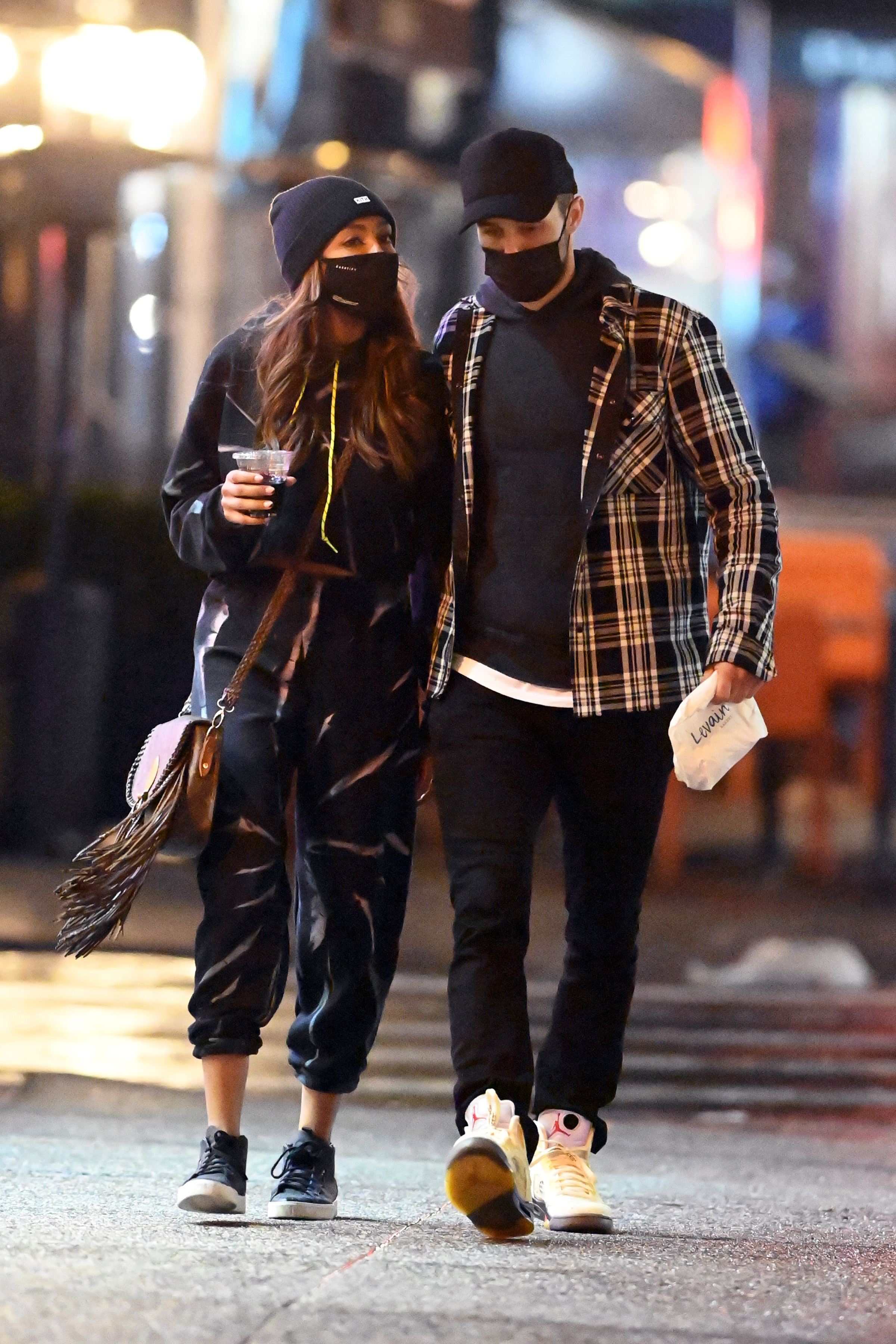 On Christmas Eve, Tayshia and Zac held hands as they braved the rain to buy snacks.

The two turned up the PDA as they hugged inside a Dunkin' Donuts, and Zac even snuck a grab of Tayshia's backside.

They then stopped in Gray's Papaya for hot dogs, then New York City's famous Levain for cookies.

Zac, who lives in NYC, appeared to treat his fiancee, a California native, to all the best eats around town. 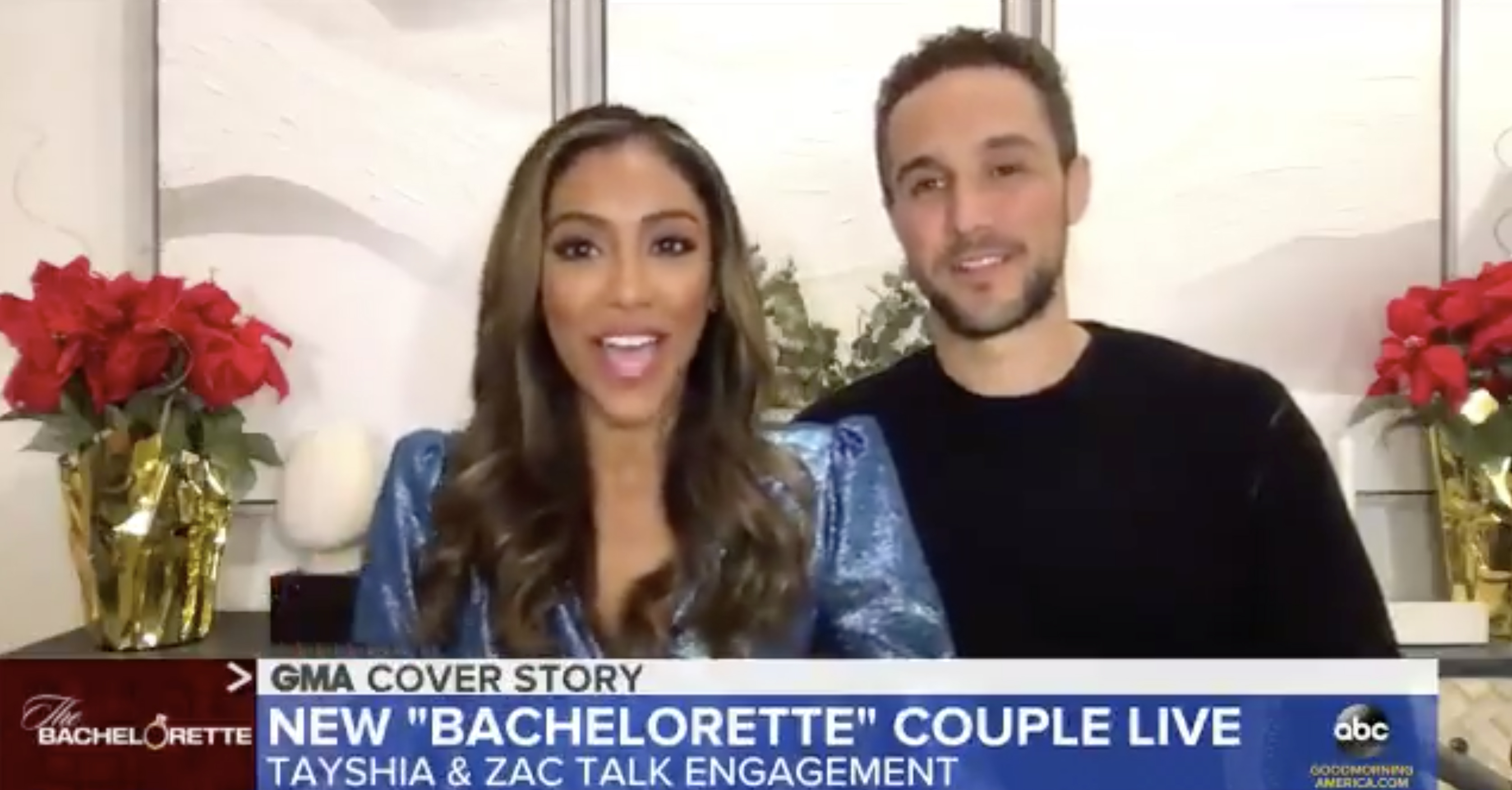 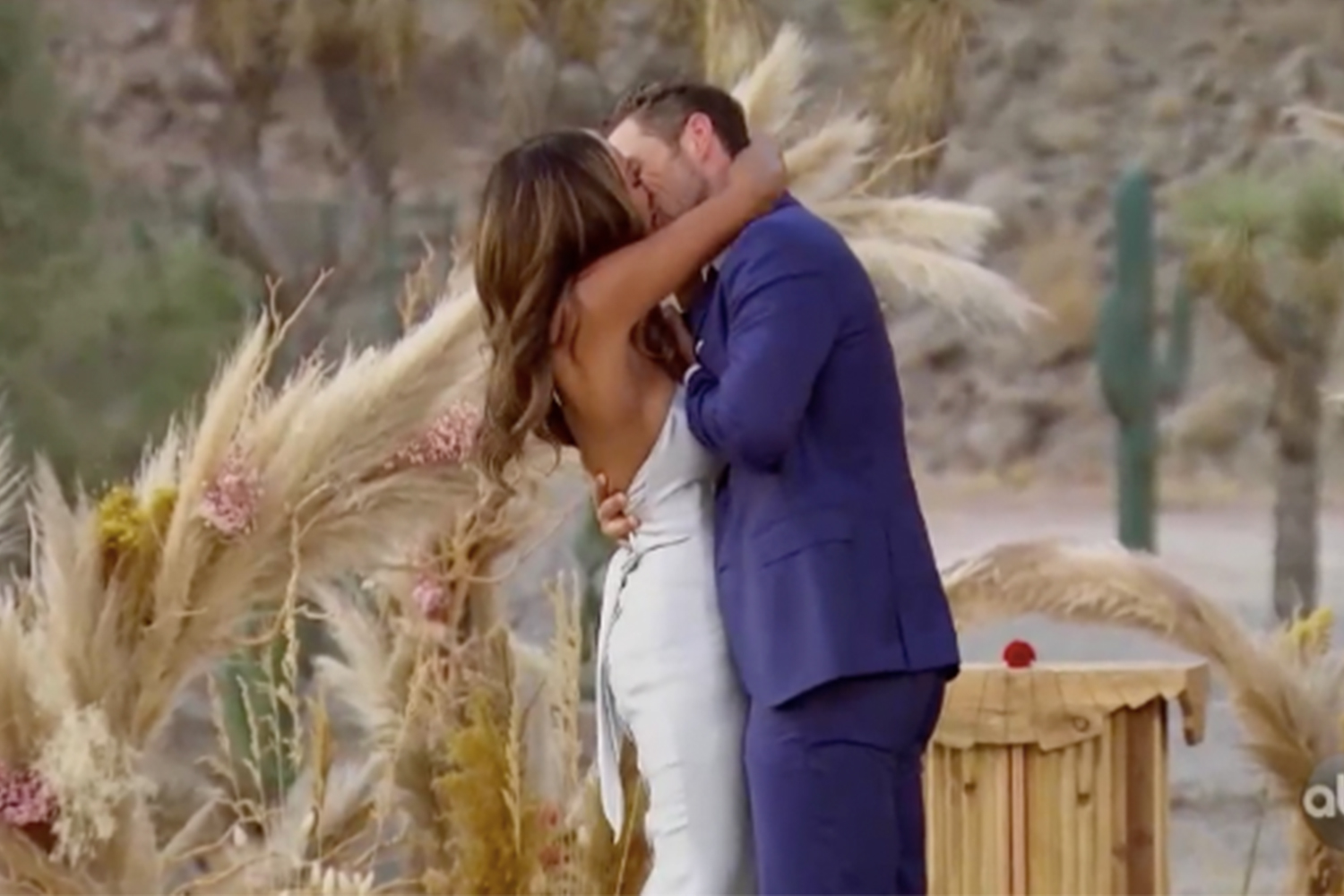 Earlier this week, Tayshia and Zac spoke to Good Morning America about their wedding.

Zac cut in: "I want a big wedding when the day does come. She might think differently, and she's going to get what she wants."

He added: "I want to date you and take you out and do all those things."

Tayshia replied: "We have a lot of fun plans coming up."

On The Bachelorette finale earlier this week, Zac told Tayshia in his proposal: “When we walked into my parents' house and my family saw me with that big smile, that’s the best gift you could’ve given them."

“I’m going to choose you everyday if you’ll let me.”