Antiques Roadshow made a stop at Battle Abbey, East Sussex, for their most recent instalment and there were a fair few guests who were not disappointed by the valuations of their relics. This episode of the BBC programme featured some of the most valuable items ever seen on the show. However, there was one vase in particular which caught the eye of one expert and left the guest speechless.

Ceramic and glass expert John Sandon was on hand to help offer his opinions on some of the antiques brought along.

Joined by the owner of the rare vase, the specialist began to analyse the product and enquire how the guest came to have it in their possession.

The relic in question was a vase made by Slipware pottery creator, Joseph Glass, with the date he made it painted on.

With the combination of all these factors, the expert was sure this would draw in some attention and was worth quite a lot of money. 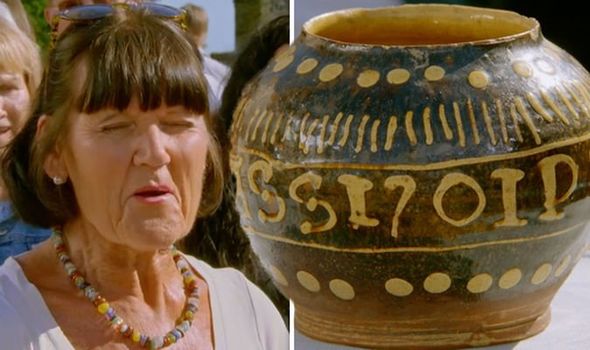 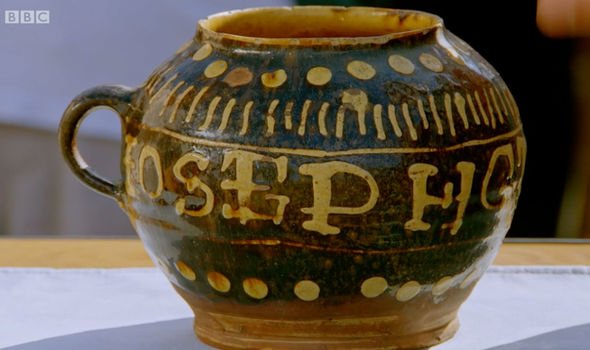 “It’s so helpful when a pot has a name and a date on it, but it isn’t always easy to read,” John began, but the guest had no idea who Joseph Glass was.

She explained: “It’s always been in the family. I imagine it was inherited by my mother and then when she died, I chose it out of her state.

“I like the simplicity of it,” the guest opined, to which the expert confirmed: “That’s the nature of what we call Slipware.

“It is a very sort of basic handmade object, but it is as simple as it can be,” he continued, paying particular attention to the specific features of the vase. 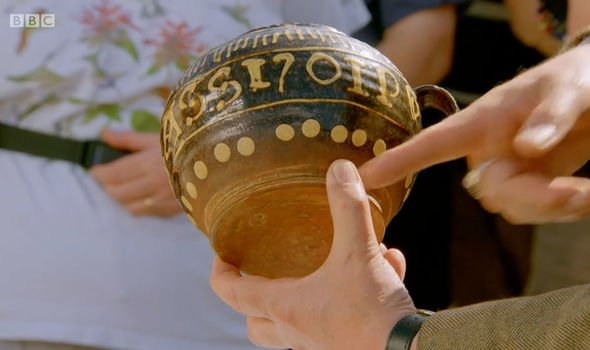 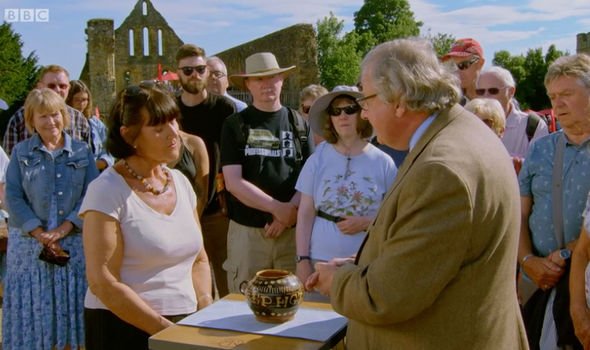 John added of the decoration, “[It’s] just using white clay mixed with water to dribble on like you would decorate a cake.”

Going into further depth about the creator, the expert explained how he was a well-known potter to come from Hanley in the Staffordshire Borough of Stoke-on-Trent.

“He was one of the first Slipware potters to fully sign and date his pieces.

“And there’s a few pieces known with the name of Joseph Glass and there’s the odd piece in the British Museum and in other collections,” he continued.

It’s quite an exciting name to see

The expert then said: “So, it’s quite an exciting name to see, especially mixed up with such an early date.”

With the vase in hand, he remarked: “Holding it here, it’s almost like you’re going back to the potter’s times.”

John went on to detail what the specific inscriptions on the product would mean and how Joseph would have gone about creating the antique.

“Slipware like this is pretty rare stuff when it’s as early as this and to have a piece in good condition, which it is, it’s quite expensive.”

Asking how much the guest thought it would bring at auction, John surmised it had a valuation of £20,000.

The owner of the vase was completely speechless and couldn’t quite describe how she was feeling in light of the discovery.

After a brief pause, she uttered: “Oh my goodness. Good gracious.”

Reflecting on the price of her family heirloom, the guest added: “Goodness gracious me. Gosh,” before the next item was analysed.

Antiques Roadshow continues Sunday at 8pm on BBC One.