During the latest episode of Antiques Roadshow, host Fiona Bruce took viewers to Compton Verney in Warwickshire.  A number of hopeful guests turned up for the filming of the BBC show with their relics to see if any of their items were of any value. During the event, one guest got the shock of her life when an expert told her that the rare 17th-century Chinese incense burner she had brought was worth between £10,000 and £15,000.

The first thing expert Lars Tharp quizzed the guest on was whether the item had “the right stand” because it didn’t quite fit.

“This has always been in our family,” the guest explained. “Whichever way you put it, it won’t put.”

The woman, who brought the bronze to be valued, explained that she had known about the item since she was born and it was passed down to her from her grandmother.

She went on to add that she believed it was from China, to which Lars agreed. 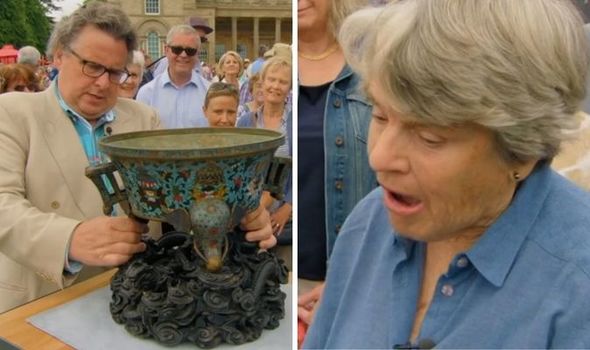 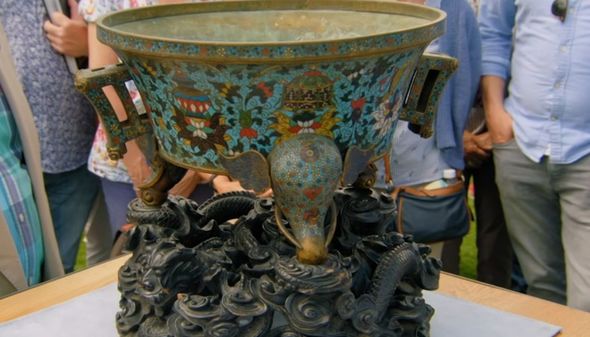 “It is from China,” he told her. “The stand is very Chinese, you’ve got these dragons coming out of clouds.

“There is a clue for what it is used for and I hope that you might be tempted to what it is intended to do, which is to fill it with sand and then go down to our local hippy store and get joss sticks.

“What sort scenario can you think of that for, incense burning?”

To which the guest replied: “Temples.” 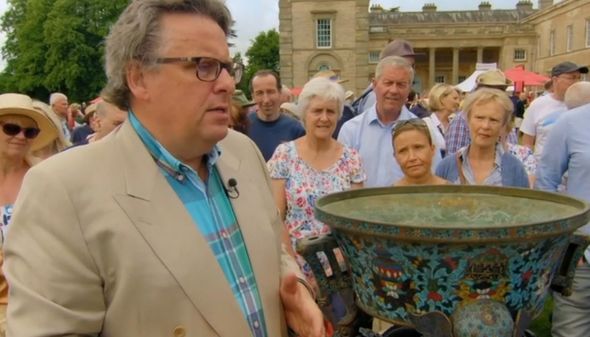 Lars went on to explain that there are three different temples in China, which represent different religions.

He told the guest that her incense burner was Buddhistic.

Speaking about the markings and detail on the item, the expert added: “It’s a beautiful piece and underneath you’ve got what often you see on Chinese bronzes like this.

“You’ve got a Ming-style mark. The Ming dynasty finishes in the 1640s and that particular mark would like us to believe that this was made in the 15th, 16th century. Do you think it’s that old?”

“I have absolutely no idea,” the woman replied. “Yes, yes I do.”

Lars told her that it wasn’t, although it was probably made in the 17th century.

“If you were selling it, have you got any idea of what you would get for it?” he asked.

“Absolutely, not a clue,” she responded.

“If I came to your door and offered you £1,000 would you be pleasantly surprised?” he quizzed.

The guest hesitated as she told him she wouldn’t sell it for that much.

“No,” she said in shock. “This is the thing that has been knocked around the family forever.”

Antiques Roadshow is available to watch on the BBC iPlayer.