Ant McPartlin and Declan Donnelly kicked off Saturday Night Takeaway with a twist by taking over from the ITV show’s cameramen. Before the Geordie duo made their way through the studio audience, they each grabbed a camera and then started filming members of the audience as they cheered the show getting underway.

Ant and Dec skipped their way down the stairs as they gave viewers an insight into what they can expect from today’s show.

Radio 1 host Greg James was introduced as tonight’s announcer while Dec danced over to him and started filming him in an unusual fashion.

As Dec shook the camera around, Greg started dancing as the audience cheered the pair on.

The Saturday Night Takeaway hosts then regrouped on stage but before they could get on with the show, Ant made a huge mistake. 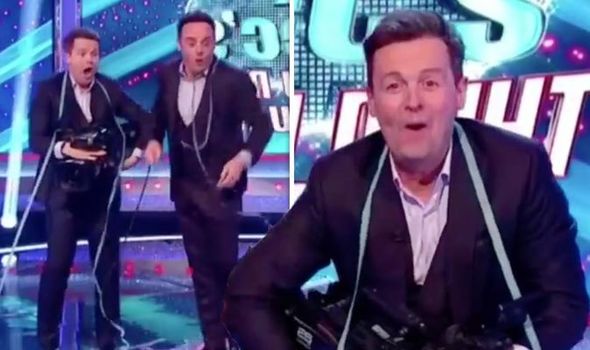 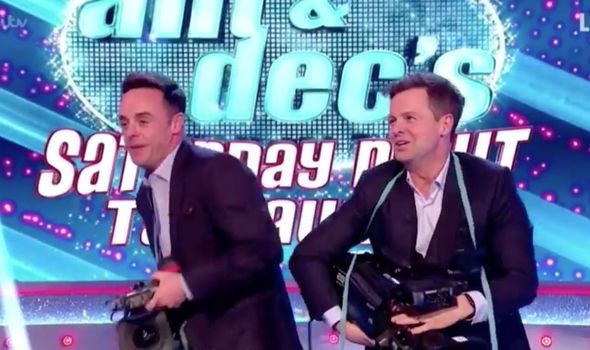 Clearly over excited at what lay ahead, Ant threw the camera he was holding causing it to smash to pieces.

Speaking to someone off-camera, Ant said: “Grab this Alan, it’s a bit heavy.”

As the camera smashed on the floor, Dec could be heard screaming out in horror before bursting out laughing.

“Put yours down, put yours down,” Ant said to his co-host as Dec tried to carry on with introducing the show. 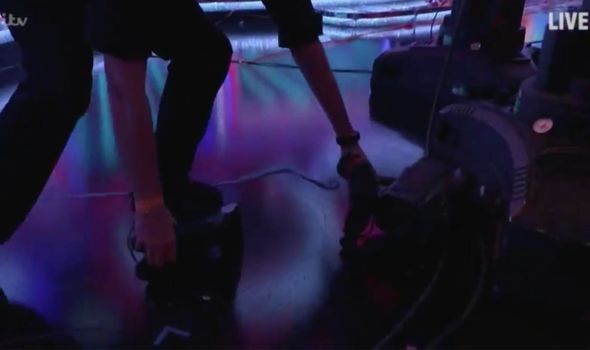 “Jack come and get this,” Dec told a member of the backstage crew before almost dropping the camera himself as he remarked: “Oh god.”

Ant quickly saw the funny side of his unfortunate mistake and began orchestrating how the backstage crew could fix the equipment.

“It just clips back together,” Ant joked. “Just slip it in and twist it, jam it…”

As the screen turned to Greg’s reaction, the Radio 1 host remarked: “That looked expensive, uh oh.”

“Did Ant just break that camera lol #SaturdayNightTakeaway,” another asked.

While someone else wrote: “Ant’s in trouble after the show #SaturdayNightTakeaway.”

“OMG I screamed when Ant there that camera @itvtakeaway #SaturdayNightTakeaway,” a fifth viewer tweeted.

“Ouch! Don’t want to know how much that camera costs but let’s hope it still works #SaturdayNightTakeaway,” another said.