AMANDA Holden showed off her dance moves in tiny black hot pants at the Britain's Got Talent "end of term" party. 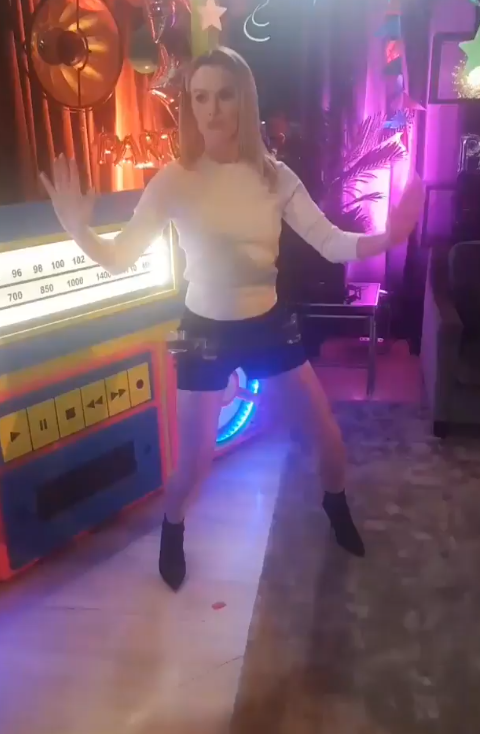 Taking to Instagram, Amanda posted a snap of her dancing on a red ottoman in a room adorned with streamers, banners and lots of flashing lights.

Her fellow judge David Walliams shared another clip of him slowing dancing with Simon Cowell.

The funny video shows David jokingly moving his hands down to feel Simon's bum before the music mogul moves them away. 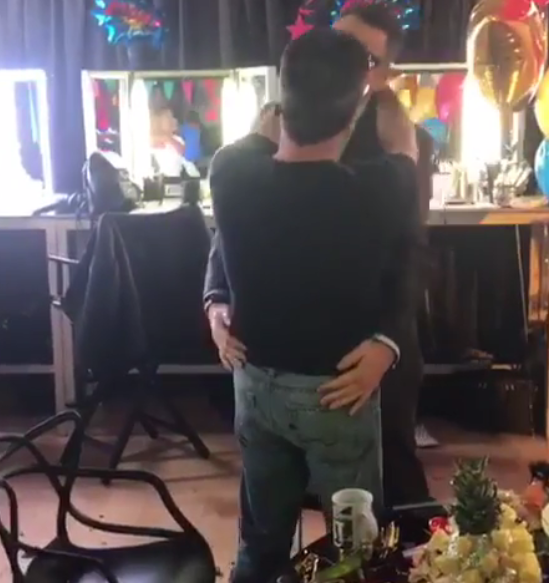 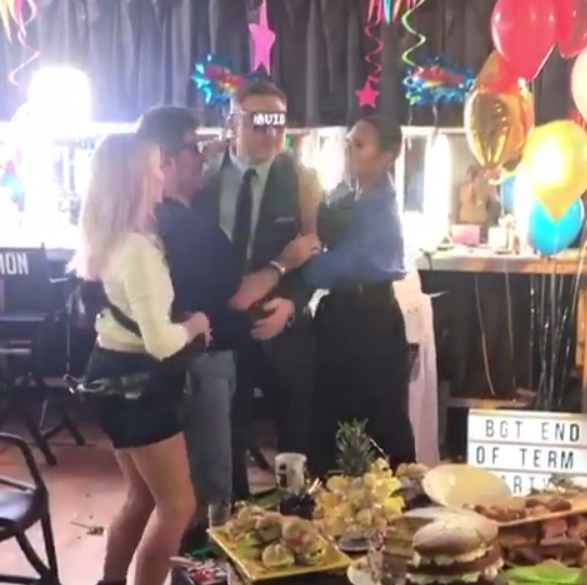 The pair continue to slow dance before Alesha Dixon and Amanda come over to join them for a group hug.

David captioned the clip: "It was the @bgt end of series party tonight".

Fans were loving the video with one writing: "It's lovely to see Simon join in the fun…. plus love the bromance between Simon and David, just hilarious".

Another said: "This video is everything and more! @dwalliams has really bought out @simoncowell soft side and we love it! Xx". 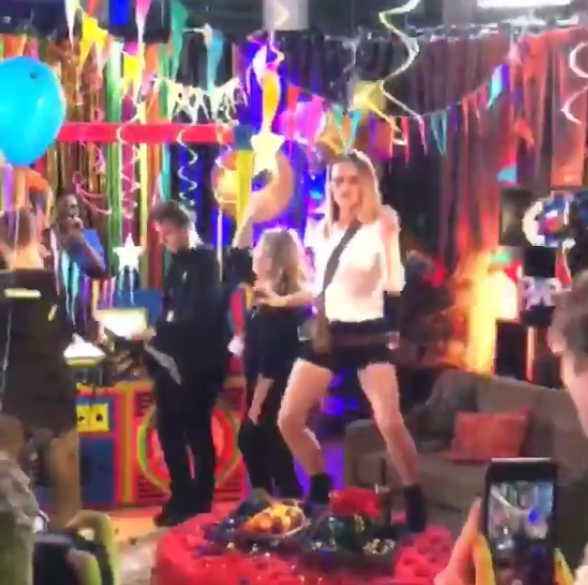 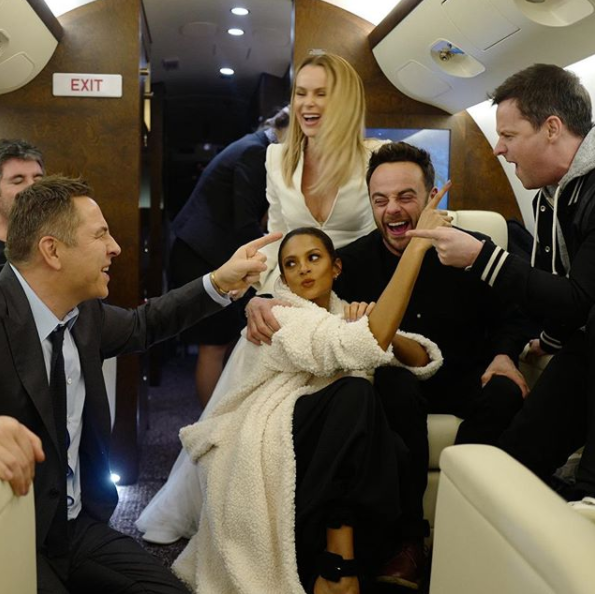 Amanda later shared another clip of her arriving at the after-party with her white tulle skirt tucked into her knickers.

After their fun bash, the judges and hosts Ant and Dec, jumped on a private jet back to London from Manchester.

most read in Tv &amp; Showbiz

David Walliams shared a snap of them enjoying the luxurious transportation and poked fun at the heated argument Amanda appeared to be having with Ant earlier this week.

Funnyman David captioned the snap: "We all had a furious argument about something on the way home. @bgt @simoncowell @noholdenback @aleshaofficial @antanddecofficial".

Amanda has denied there was any row and said they were just chatting.