Crew member Halyna Hutchins, 42, died from her injuries while director Joel Souza fights for his life after a prop gun misfired. 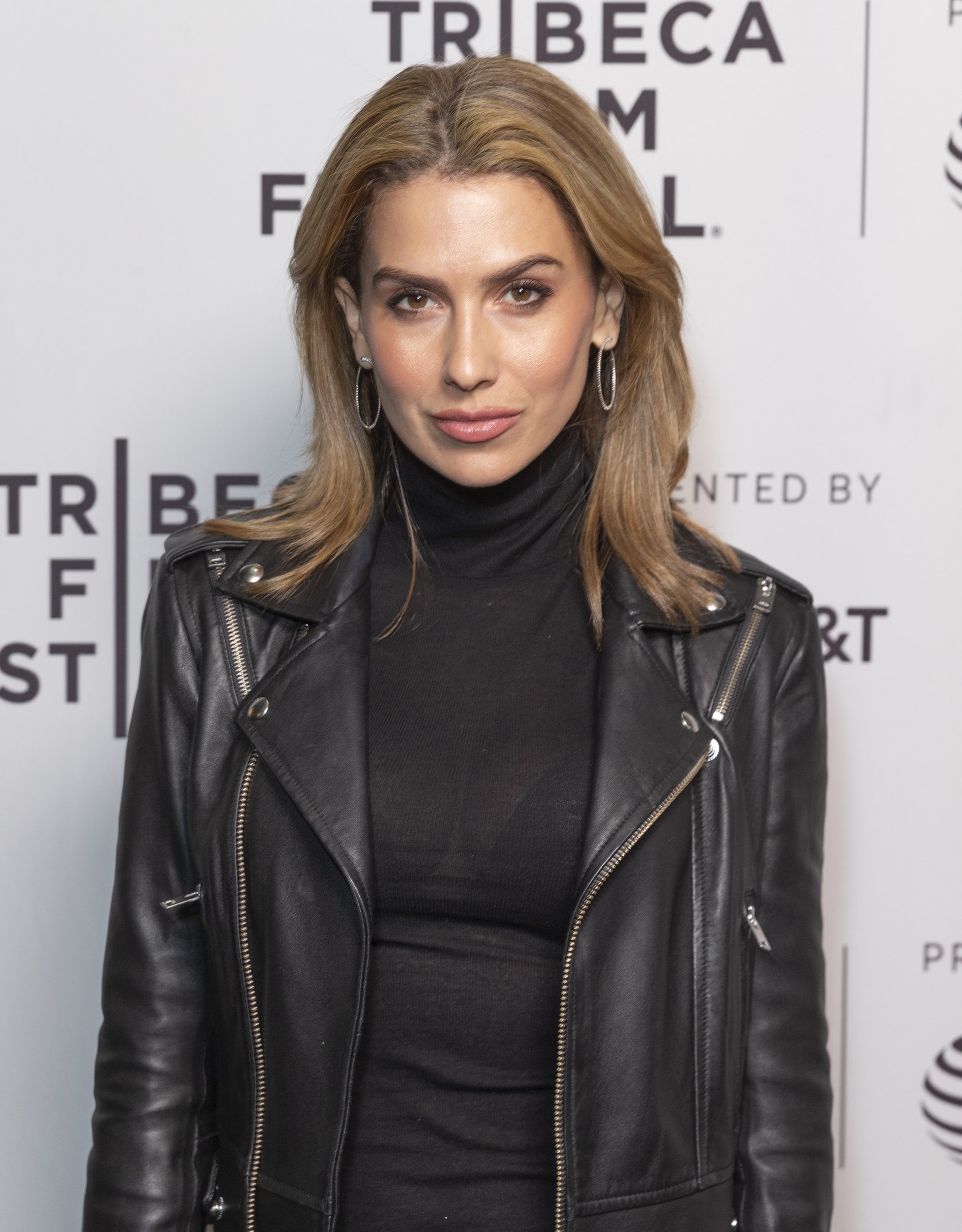 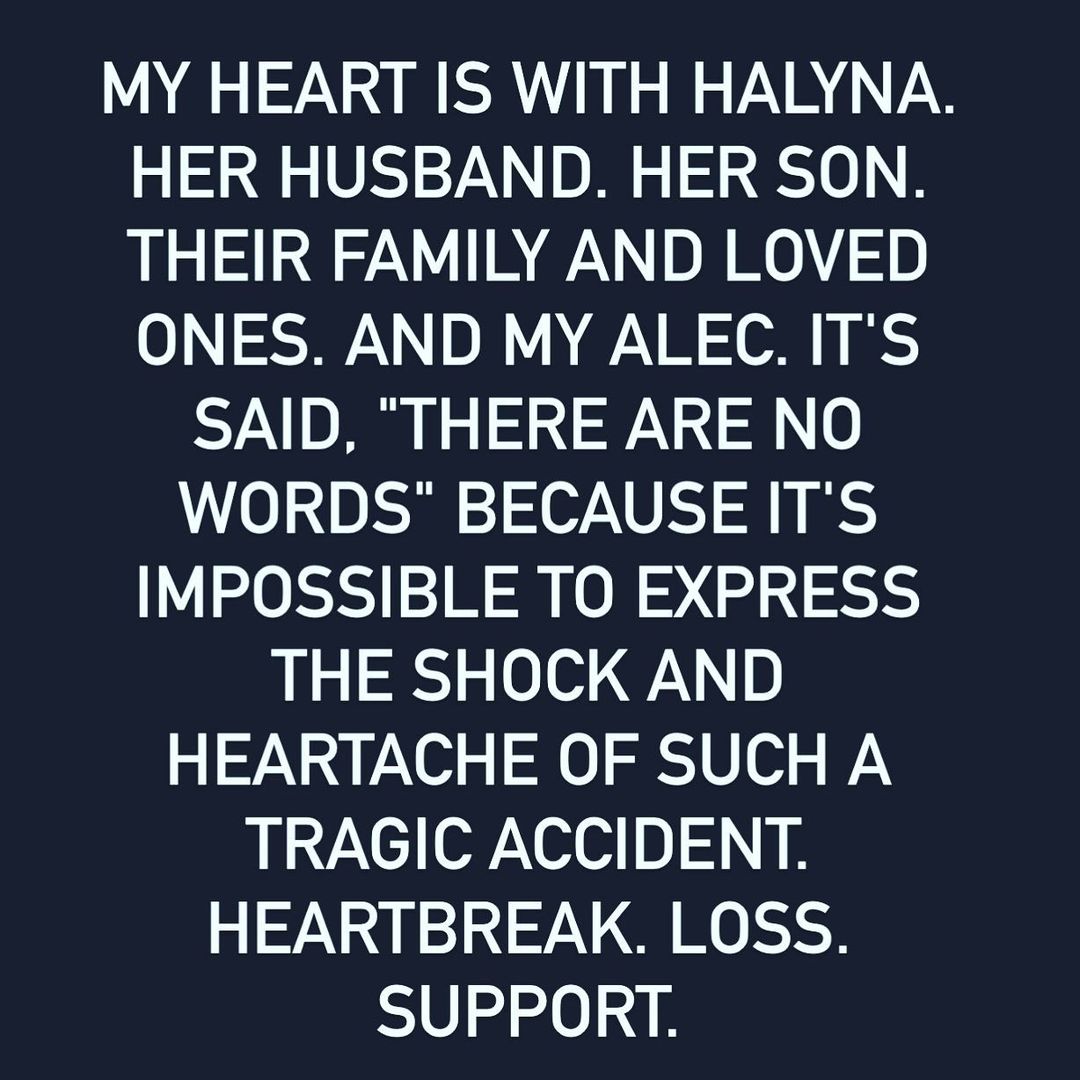 Alec broke his silence just hours after the tragic incident took place, however his wife, Hilaria has stayed quiet until now.

"My heart is with Halyna. Her husband. Her son. Their family and loved ones. And my Alec," she said in an Instagram post.

"It's said, 'there are no words' because it's impossible to express the shock and heartache of such a tragic accident. Heartbreak. Loss. Support," she wrote.

Hilaria was silent after she was spotted fleeing their New York home with their six children and pets last week.

The couple's female friend was spotted carrying their kids from their Manhattan apartment into a waiting SUV on Friday.

The woman covered up in black sunglasses and looked somber as she packed up the famous family's belongings – including the family cat – in the car.

She carried several of Alec and Hilaria's children into the vehicle, with the youngsters concealing their identity by wrapping their arms and legs around her and burying their face in her shoulder.

Her departure came just hours after a tragic accident on the New Mexico set of Alec's Western movie, Rust.

The 63-year-old was filming a scene that required him to fire a gun that was supposed to be loaded with blanks.

However, the gun discharged either shrapnel or a bullet, which hit two people on set including the director of photography, Halyna Hutchins, 42.

Halyna was airlifted to a hospital where she died from her injuries.

Joel Souza, 48, was also shot and taken to hospital. He was treated and released later that evening.

Baldwin was quizzed by cops following the accident and was snapped sobbing outside a local police station in Santa Fe, New Mexico, according to local media reports.

One picture shows him distressed while chatting on the phone while another snapped him close to the curb with his hands on his knees.

The accident happened at around 1.50pm local time on Thursday.

In a statement on Friday, Alec said: "There are no words to convey my shock and sadness regarding the tragic accident that took the life of Halyna Hutchins, a wife, mother and deeply admired colleague of ours.

"I'm fully cooperating with the police investigation to address how this tragedy occurred and I am in touch with her husband, offering my support to him and his family.

"My heart is broken for her husband, their son, and all who knew and loved Halyna."

The 30 Rock actor was distraught following the tragic accident and questioned why the gun was loaded with real ammunition.

He repeatedly asked, "why was I handed a hot gun?" ShowBiz 411 reported.

The gun had a "live round" in it, according to an email from the International Alliance of Theatrical Stage Employees (IATSE) Local 44 obtained by Insider.

Photos captured Alec sobbing outside of a local police station in Sante Fe, New Mexico where the incident occured.

He was at the station being interviewed by cops according to local media reports.

One picture showed him chatting on the phone while another snapped him close to the curb with his hands on his knees.

The shooting at Bonanza Creek Ranch just outside of Santa Fe happened in the middle of a scene that was either being rehearsed or filmed – with the incident potentially being caught on camera, officials confirmed.

Filming of the Western movie has since been paused.

Baldwin's spokesperson told PEOPLE: "There was an accident today on the New Mexico set of Rust involving the misfire of a prop gun with blanks."

Stars flocked to Twitter to pay tribute to Halyna and question how the tragedy could have occurred.

Joe Manganiello tweeted: "I'm in shock. I was so lucky to have had Halyna Hutchins as my DP on Archenemy. An incredible talent & great person.

"I can't believe this could happen in this day and age… gunfire from a prop gun could kill a crew member? What a horrible tragedy. My heart goes out to her family."

Dwayne Johnson posted: "I am so so sorry. Rest easy. My love and strength to your family."

A statement posted on Brandon Lee's Twitter page said: "Our hearts go out to the family of Halyna Hutchins and to Joel Souza and all involved in the incident in 'Rust'. No one should ever be killed by a gun on a film set."

Lee, 28, the son of martial arts superstar Bruce Lee, was killed in 1993 after he was shot dead on the set of the film The Crow.

Days before Halyna was shot dead, she shared images of riding a horse and wrote about how she loved working on the film set.

He was wearing dirty cowboy boots, a vest, and a bandana while leaning on his trailer.

A tweet from 2017 where Baldwin criticized a southern California cop's fatal shooting has resurfaced following the accident in New Mexico.

The outspoken film producer and writer said at the time: "I wonder how it must feel to wrongfully kill someone."

Baldwin was commentating on a Huntington Beach police officer struggling with a young man in front of a 7-Eleven store before drawing his gun and firing.