Home » TV and Movies » '90 Day Fiancé': Angela Deem's Ex-Bestie Jojo Says Debbie Johnson Was at the Center of Their Fallout

90 Day Fiancé star Angela Deem had a significant fallout with her best friend Jojo this summer. Fans didn’t know why. But in a recent live session, Jojo revealed that Debbie Johnson, another franchise star, was at the center of their rift. 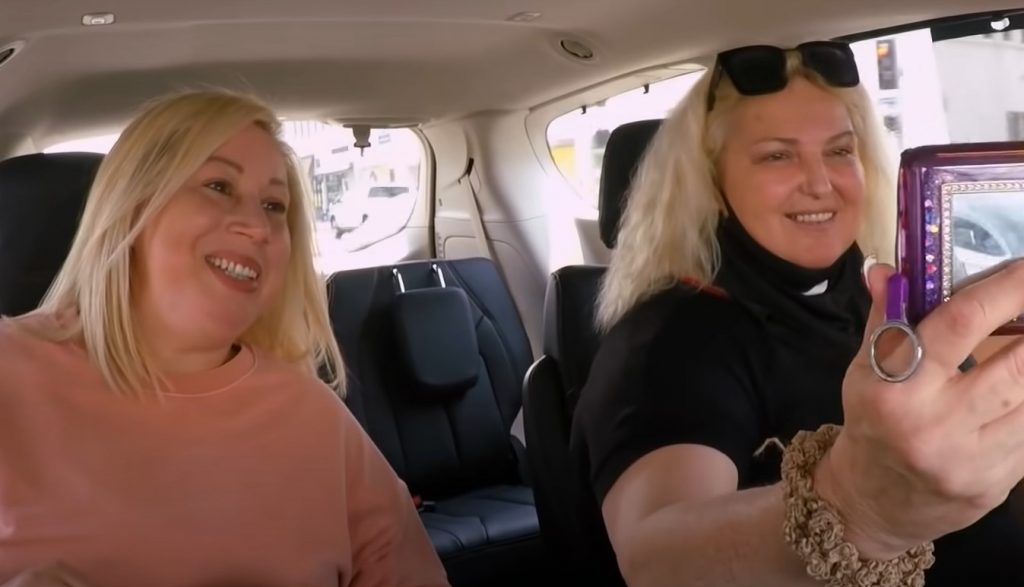 Angela first appeared on Season 2 of 90 Day Fiancé: Before the 90 Days. The series followed her journey from Georgia to Nigeria, where she planned to marry her long-distance beau, Michael Ilesanmi.

Since then, Angela and Michael have appeared on several seasons and spin-offs of the franchise, including 90 Day Bares All and 90 Day Fiancé: Happily Ever After. And along with featuring her mom, kids, and grandchildren on the show, Angela also introduced Jojo as her longtime best friend.

Jojo and Angela have been through a lot together. As seen on the show, Jojo was the only person from Angela’s life that made the trek from the U.S. to Nigeria for her wedding. And at the time, Angela was super appreciative Jojo was there to support her for this milestone.

Their January 2020 wedding was featured on the show. But the couple is still waiting for Michael’s spousal visa to be approved.

“[Jojo] really took time out of her life, and she’s a busy woman as well to do this for us,” Angela told 90 Day Fiancé: Happily Ever After producers. “And we’re just so thankful that she could be here.”

Jojo reveals why the two are no longer friends

Over the summer, Jojo shared a post on Instagram revealing she was no longer friends with Angela. She didn’t specify why, but she did wish her ex-bestie well.

But in a recent Instagram live, Jojo spilled the tea. She revealed that the two went on vacation to Las Vegas and hung out with 90 Day Fiancé star Debbie Johnson (Colt Johnson’s mother).

Jojo said that when someone approached her and asked how she knew Debbie, she suggested she knew her from the show. Upon hearing that, Angela lost her cool and told Jojo that she only knew Debbie because of her.

“She turns around and starts yelling, ‘You lying b****, you would’ve never met Debbie if it wasn’t cuz of me, b****,’” Jojo said in the video. “She told me I was irrelevant. She cussed me out in front of everybody.”

Without going into details, Jojo also suggested Angela made some below-the-belt comments that solidified the end of their friendship. She claimed that Angela kicked her out of their hotel room and sent her harassing messages the next day. “I will never speak to her again,” Jojo added. “I’m done with her.”

Debbie was there when the drama between Jojo and Angela started. And while she didn’t cite that exact incident, the 90 Day Fiancé star did call Angela out in the comments section of one of her Instagram posts.

“Let’s just say I don’t put up with people that treat their friends like s***.” Debbie wrote when replying to a comment about Angela. “Especially a friend that has gone above and beyond for you. Someone they even referred to as family. You just don’t do that.”

Angela has yet to respond to Jojo or Debbie’s remarks.