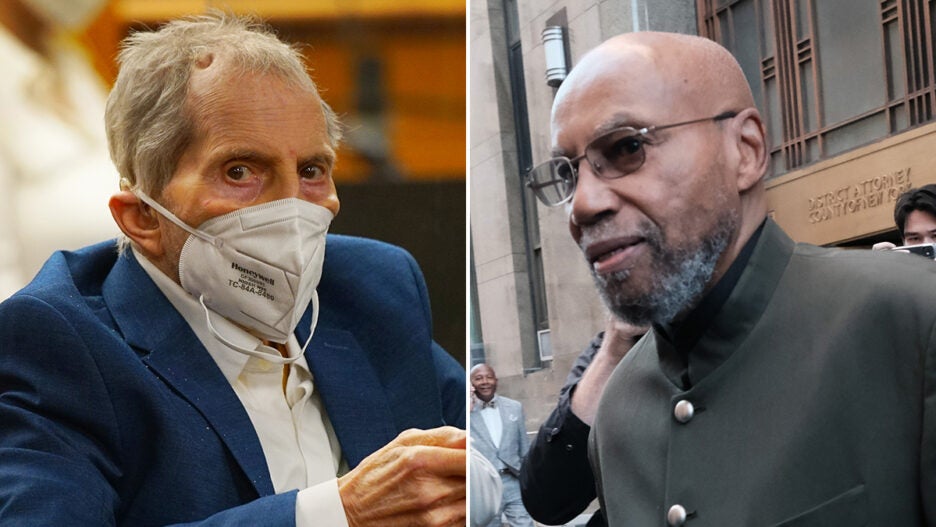 The true crime genre is alive and well, and the rise in popularity of true crime documentary series has also had real-world consequences. Most recently, a Netflix documentary about Malcolm X led to the vacating of sentences for two men (including Muhammad Aziz, pictured) who had been convicted of killing the civil rights leader in 1965, and that’s not to mention shows like “The Jinx,” which led to the arrest of Robert Durst, and “Extinct or Alive,” which found a living animal thought to have died out over 100 years ago.

Here, we round up other TV shows that have cracked real cases.

The 2019-20 Netflix docuseries “Who Killed Malcolm X?” looked into the assassination of Malcolm X and cast doubt on the convictions of Muhammad Aziz and Khalil Islam, who were convicted of killing Malcolm X in 1966. In November 2021, a New York Judge granted a motion to vacate the convictions against both men, who had spent more than 20 years in prison for the crime. (Islam died in 2009.)

This Robert Durst miniseries, written by “All Good Things” director Andrew Jarecki, led to Durst’s long-awaited arrest for the murder of Susan Berman just one day before the finale of “The Jinx” aired on TV. Durst had admired Jarecki’s work on “All Good Things” and had offered to be interviewed for the miniseries. Durst was convicted of murdering Berman in 2021.

Back before Netflix rebooted the show in 2020, this classic series was on network television. Creator Terry Meurer told TheWrap that during its original 23-year run, the series helped to solve over 260 cold cases.

This crime series from Dick Wolf and Magical Elves, which works with local law enforcement to solve cold cases, has resulted in 45 arrests and 18 convictions, according to Oxygen.

This one has more to do with animals than humans, but we have to give Animal Planet credit for discovering live members of a species that was believed to have been extinct. In 2019, series host and biologist Forrest Galante found a female Fernandina Tortoise, presumed extinct since 1906, on a remote volcanic island in the Galapagos.

Host Josh Gates took part in the unveiling one of the treasure boxes that were buried nearly 40 years ago by Bryon Preiss, whose 1982 book “The Secret” encourages people to solve puzzles in order to locate 12 boxes he buried in different American cities. In one episode, Gates meets a family who located the Boston box.

This longrunning Fox series was successful in finding many fugitives wanted by the FBI, including Ricky Allen Bright, Steven Ray Stout, Robert Lee Jones, and more, according to CBS News.

This Larry David HBO series unknowingly was key to freeing Juan Catalan, a man who was on death row for a murder he did not commit. “Curb” had been filming at L.A.’s Dodger Stadium on the day of the murder, providing evidence that Catalan was watching the game with his 6-year-old daughter and could not have been at the crime scene. Catalan and David both later appeared in the 2017 Netflix documentary “Long Shot.”