Will YOU disinvite unvaccinated loved ones from Christmas dinner? Loose Women panel slam ‘frightening divisions’ in families – but some viewers claim they will happily BAN anyone who’s not been jabbed

A debate has been sparked over whether or not you should invite relatives for Christmas dinner if they haven’t had the Covid vaccine.

The conversation started  on today’s episode of Loose Women. Panellists suggested that more and more families may find themselves having clashes over whether or not to get vaccinated as we get closer to Christmas.

They discussed whether they would implement a ‘no jab, no turkey’ policy in their own homes, inspired by a recent news story in which a pub landlady turned her own unvaccinated daughter away from her pub after introducing rules banning customers who haven’t had the jab.

Linda Robson said: ‘No, never in a million years. It’s all down to personal choice, isn’t it, and obviously I want my grandchildren and kids to be with me at Christmas.

‘But I don’t think I would ever be able to turn anyone away. I’d be really upset.’

Carol McGiffin added: ‘I do find it quite frightening actually that this is being discussed, let alone happening. People saying to their friends that they are going to unfriend them because they haven’t had the jab.

‘I just find this kind of division is being stoked all the time and it’s getting worse and worse, and you think, “Where does it end?” 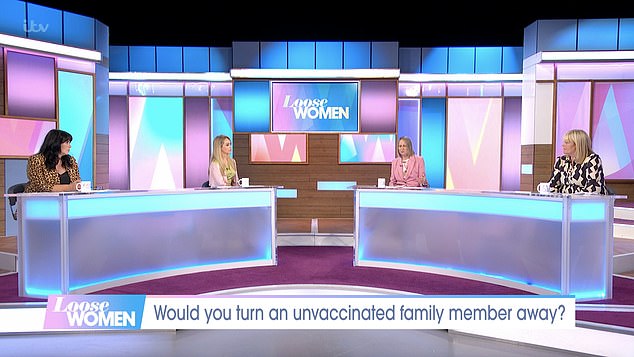 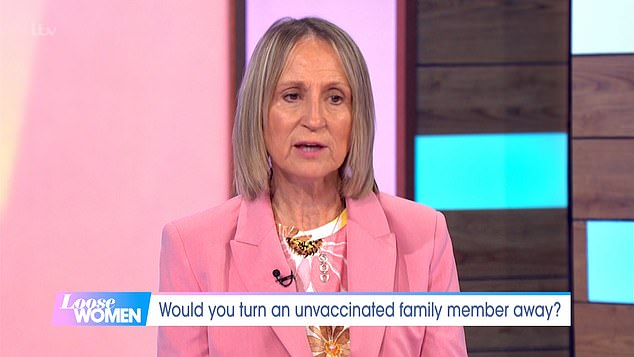 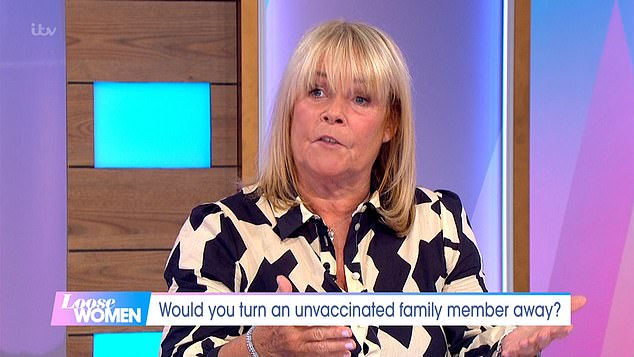 ‘This is a medical intervention that a lot of people might not want yet, or might think they don’t need, and you shouldn’t really want to know whether or not people have had it.’

She added: ‘Medical choices should always be your choice.’

Katie Piper said: ‘It’s a really new culture how freely we are talking about things that used to be confidential, used to be seen as private.’

She said that someone’s medical decisions was never ‘seen as small talk at the dinner table over Christmas’ before now, and pointed out how the flu has always been a risk.

”I;m in no way comparing the flu to Covid because I know Covid has devastated some people’s lives,’ Katie said.’But the flu has always [affected] the elderly and the vulnerable, and we never would have prior to getting together for Christmas have said: “Well there are elderly grandparents at the table, I need to know if everyone has had the flu jab”.

Some viewers were angered by the debate, others agreed that they would invite unvaccinated family and friends for Christmas

‘We never, ever would have had that conversation.’

The panel felt the issue come down to common sense – such as not meeting up with people who are old or vulnerable if you’re ill, and just staying at home if you don’t feel well.

Overall though, while the panel recognised that some people are asymptomatic, they agreed they would invite family members over for Christmas, even if they were not vaccinated.

The discussion led to debate on Twitter, with a number of users agreeing with the panel, and even speculating about why they don’t want the vaccine.

One Twitter user wrote: ‘Disgusting debate regarding if you would turn away a family member who is not vaccinated, this is not acceptable & ITV should hang their head in shame for airing this nonsense.’

Another added: ‘I would allow my relatives to Christmas dinner without a vaccine – as it all about personal responsibility and accountability. Find the division is being poked by anti vacs not other way around – poked by some of panel in particular.’ 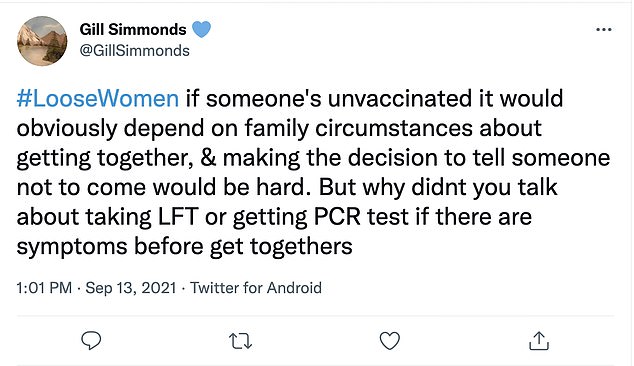 However, not everyone agreed with one commenter writing: ‘I think you’re all wrong. I’m high risk I wouldn’t have any of my lesser family members come near me if they can’t be bothered to have the jab. I’m talking cousins, nephews etc.

‘And as far as friends go I’ve got enough to ditch the ones that can’t be bothered getting it.’

Another said it was about individual circumstances, writing: ‘If someone’s unvaccinated it would obviously depend on family circumstances about getting together, and making the decision to tell someone not to come would be hard.

‘But why didnt you talk about taking LFT or getting PCR test if there are symptoms before get togethers?’