ARSENAL'S North London derby clash at Tottenham on Sunday is at risk of being called off, according to Mikel Arteta.

The Spaniard is without a host of players but young star Charlie Patino's recent full debut against Nottingham Forest could be a huge deciding factor in whether the game goes ahead. 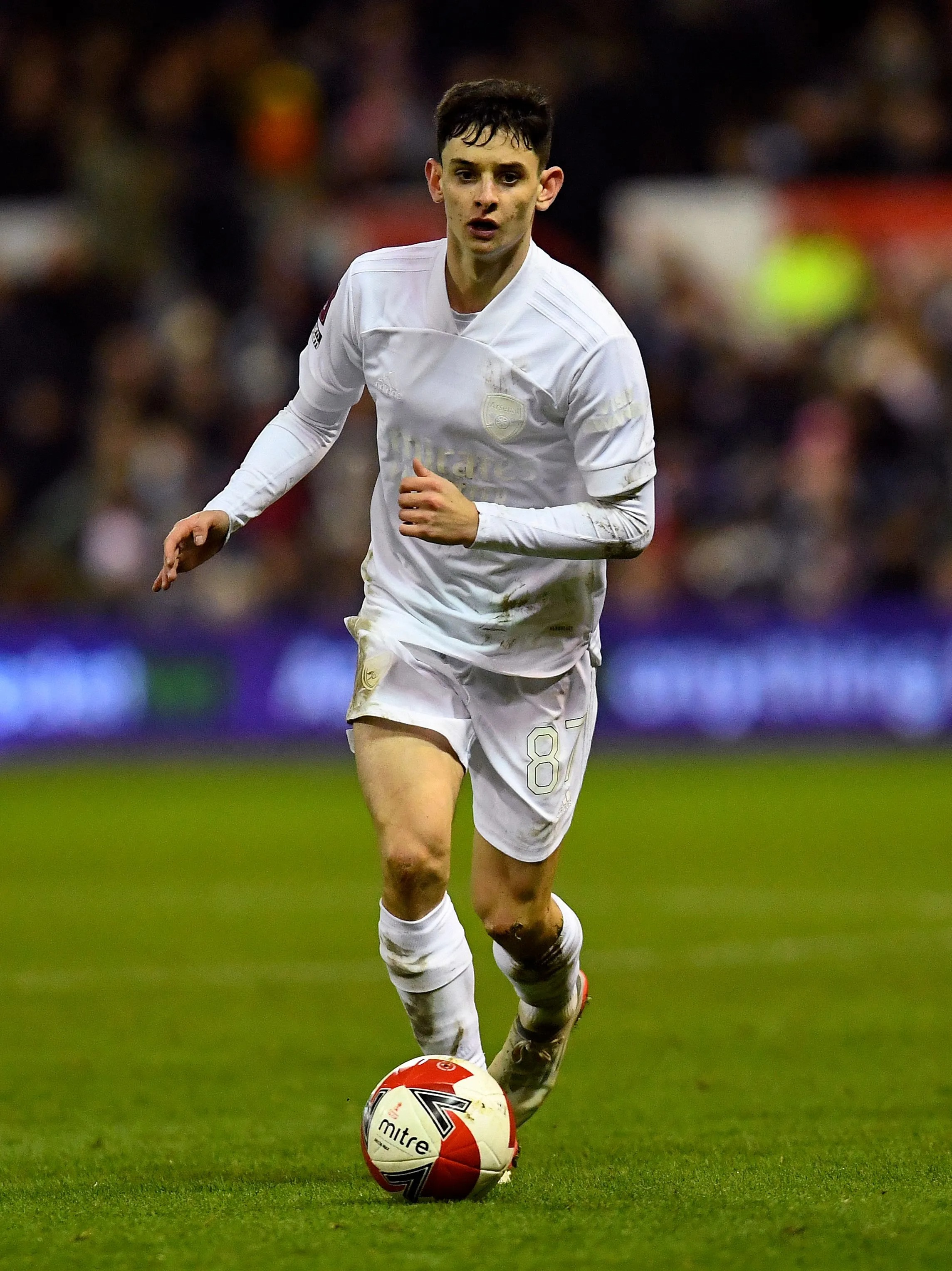 Patino started in the Gunners' 1-0 defeat at the City Ground.

And Premier League rules state matches should, in most circumstances, go ahead if a club can field 13 outfield players and a goalkeeper 'either from its squad list or its appropriately experienced under-21 players'.

As of Friday morning, the North London derby is still set to go ahead.

And here SunSport explains what we know at this stage and the Premier League rules surrounding Covid and injury postponements.

Will Tottenham vs Arsenal be going ahead?

Mikel Arteta revealed the North London derby could be called off as Arsenal are without a host of players for the clash with Spurs.

The Gunners, who were reduced to 10 men midway through the first half of their Carabao Cup semi with Liverpool.

Granit Xhaka was dismissed, before his team-mates earned themselves a goalless draw at Anfield on Thursday night.

And Arteta's side were also forced to deal with Cedric Soares and Eddie Nketiah being forced off inside the first half an hour.

Arsenal now have as many as 11 players missing.

And due to injury and illness their squad could be as small as 12 heading into the match – leaving the fixture in danger of being called off.

Speaking about that possibility after the Liverpool game, Arteta said: "It is a possibility in every game.

"From our side, from the opponent's side, because of the amount of issues everyone is having and because it is happening every week.

"We try to prepare games thinking we are going to play.

"If something happens along the way, it is what it is."

What is the Premier League Covid postponement rules?

Premier League rules state that matches should, in most circumstances, go ahead if a club can field 13 outfield players and a goalkeeper 'either from its squad list or its appropriately experienced under-21 players'.

That latter element could prove the decisive factor after Patino started against Forest.

He also came off the bench against Sunderland to score in the Carabao Cup quarter-final.

Even after Granit Xhaka’s red card and the late injury which forced Bukayo Saka off at Anfield, Arsenal finished with nine fit outfield players on the pitch.

They also had Patino, Pablo Mari and the substituted Eddie Nketiah on the bench.

That adds up to 12 but it was expected that Emile Smith Rowe and Takehiro Tomiyasu would be available and Bosnian defender Sead Kolasinac – who was fit enough to come on as a substitute at Forest on Sunday.

Arsenal are also without the African Cup of Nations quartet of Thomas Partey, Pierre-Emerick Aubameyang, Nicolas Pepe and Mohamed Elneny.

It is up to the Gunners to request a postponement but with the club’s Hertfordshire training ground remaining open it may prove harder for them to persuade Prem chiefs to call the game off.

And while that is a matter to be decided by the League’s board, which has the right to take into account 'any other exceptional circumstances', it does not seem at this stage that Arsenal would be likely to be successful in such a request.