Home » Lifestyle » Where does No Time To Die rank among the 25 official Bond movies?

Warning: the following story contains the kind of spoilers you don’t want to read before watching No Time To Die.

Think of the iconic moments in the James Bond movies over the decades.

Sean Connery lying on a slab as a laser sizzles towards his crotch. George Lazenby saying “this never happened to the other fellow”. Roger Moore ski-ing over a cliff and opening a Union Jack parachute. Timothy Dalton sliding through the snow on a cello case. Pierce Brosnan’s jetboat chase down the Thames.

Before No Time To Die, Daniel Craig already had an Aston Martin boot full of iconic moments. 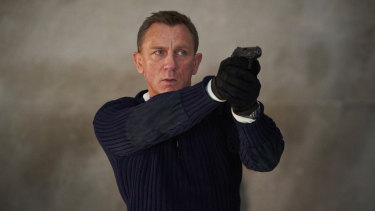 Daniel Craig in No Time To Die. Credit: Nicola Dove

As with Ursula Andress in Dr No and Halle Berry in Die Another Day, he had fans paying attention when he emerged from the surf in Casino Royale.

Then there is the parkour chase, the witty banter with Vesper on a train and the torturing by Le Chiffre in the same movie; the Istanbul rooftop chase and being shot on top of another train in Skyfall; and the Day of the Dead scene and Blofeld drilling into Bond’s head in Spectre.

The iconic moments are one of the things that elevate one movie about 007 confronting an evil mastermind threatening humanity from another. Along with the quality of the script, the casting, the action scenes, the emotional impact, the wit and sometimes even the theme song.

So how does No Time To Die rank among the 25 official Bond movies?

Before Craig’s final appearance as 007 reached the screen, our ranking had Casino Royale at number one followed by Goldfinger, Skyfall, Spectre and Dr No.

As with any subjective list, it sparked debate. Some held that Skyfall was the best Bond movie; others thought Spectre should be much lower on the list.

One fan thought Moonraker was over-rated at nine but it scored well for having Bond being trapped in a centrifuge chamber, the gondola chase through Venice, the Rio cable car fight with Jaws and Q’s droll line: “I think he’s attempting re-entry, sir”.

But most of the disagreement was at the other end of the list. How on earth could we rank On Her Majesty’s Secret Service dead last? Easily, as it happens. Even with one of the best stories of the series, Lazenby’s godawful acting drags it down.

Now finally in cinemas, No Time To Die is a fittingly epic and emotional end to Craig’s 15 years starring in a gritty series of five connected movies. 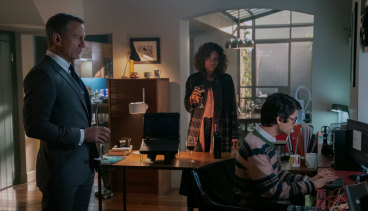 And it has moments that will live on for as long as the lines “Bond, James Bond” and “No, Mr Bond, I expect you to die” are uttered.

In a clever nod to speculation about whether the next Bond could be black or a woman – spoilers follow – Lashana Lynch’s Nomi is revealed to have taken over as 007 … at least temporarily.

Ben Whishaw’s Q not only has a flat, a cat and a private life … he is also gay.

In a major revelation – even for Bond – he and his psychologist lover Madeleine Swann have a daughter.

The most iconic moment is the climax to No Time To Die, when we understand exactly why Craig told this writer before it had screened that it would take “a f—ing miracle” for him to ever make another Bond movie. 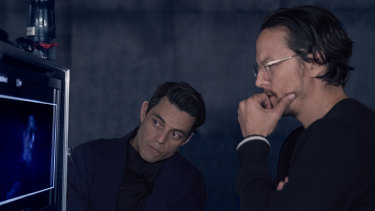 Rami Malek (left) and Cary Joji Fukunaga on the set of No Time To Die. Credit:Nicola Dove

But despite having Fleabag’s Phoebe Waller-Bridge as co-writer, the wit never reaches the level of Casino Royale. And as good an actor as Rami Malek is, sombre Safin is not one of the great Bond villains.

So while No Time To Die has to be near the top of the list, it cannot tip out Casino Royale, Goldfinger and Skyfall.

It deserves to rank fourth, pushing Spectre down to fifth. The rest of the top 10 now reads Dr No, Diamonds Are Forever, The Spy Who Loved Me, GoldenEye and Moonraker.

Many longtime fans still consider Connery the quintessential Bond. But Craig has revived the series so successfully that, viewed through modern eyes, he now has four of the five best movies.

Producer Barbara Broccoli was right when she said Craig would be “sorely, sorely missed” now that he has downed his last martini. Shaken, not stirred, of course.