Home » Lifestyle » What We Know About Lily Allen’s New Job

Since bursting onto the music scene in 2006, British star Lily Allen has cemented herself as one of the most successful singer-songwriters in recent times.

According to The Official Charts, she has bagged herself three No. 1 singles — “Smile,” “The Fear,” and “Somewhere Only We Know” — and two chart-topping albums — “It’s Not Me, It’s You” and “Sheezus” – in the UK. As noted by the 2:22 – A Ghost Story website, Allen has sold more than 5 million records worldwide and picked up a handful of awards, some of which include a BRIT Award and three Ivor Novello Awards, while being nominated for a Grammy Award for her debut album, “Alright, Still.” In 2018, the “Littlest Things” hitmaker released her first memoir, “My Thoughts Exactly,” which proved to be a popular read as it became a No. 1 best-seller, according to her Twitter.

It’s been more than three years since Allen dropped a new album. However, it seems the mother-of-two has been busy living her best life since marrying “Stranger Things” actor David Harbour in September 2020. With that being said, Allen is about to step back into the spotlight with an exciting new job. Keep reading to find out more.

Lily Allen is following in her husband's footsteps 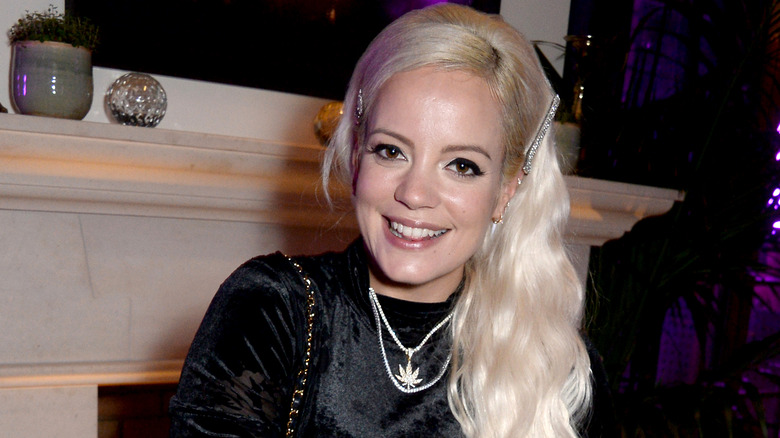 While most know Lily Allen for being a chart-topping singer, it seems she’s ready to embark on an acting career. According to her IMDb page, Allen has little experience as an actor. In 1998, she was an extra in “Elizabeth” and appeared as Elizabeth Taylor briefly in 2019’s “How to Build a Girl,” per Bustle.

Allen took to Twitter on June 10 to announce she will be making her West End debut in London, UK, in the new play “2:22 – A Ghost Story.” She wrote: “Well this is all very new and exciting.” According to the production’s official website, Allen is set to play the role of Jenny and will be joined by Julia Chan, Hadley Fraser, and Jake Wood.

“I am so excited about getting to work on this play. The live performance aspect of my career has always been the most thrilling part for me, connecting with a group of individuals and the spontaneity of whatever happens on the night,” Allen said, per the Daily Mail. “I feel that stepping into this play is an exciting natural extension of that and affords me the best of all worlds.”

“I get to explore mature subject matter, be a woman with a real point of view and show the West End audiences how much I love live performance and being in front of an audience. I can’t wait,” she continued. “2:22 – A Ghost Story” is scheduled to kick off on August 3.