Home » Lifestyle » What is The Hundred, what TV channel is it on, who is playing and how much do they get paid?

THE HUNDRED begins today with divisions deeper now than when the tournament format was revealed in 2018.

Opponents insist it is a huge risk, a gimmick played by made-up teams that could destroy county cricket and undermined by a bad PR campaign,  the withdrawal of most overseas stars and Covid. 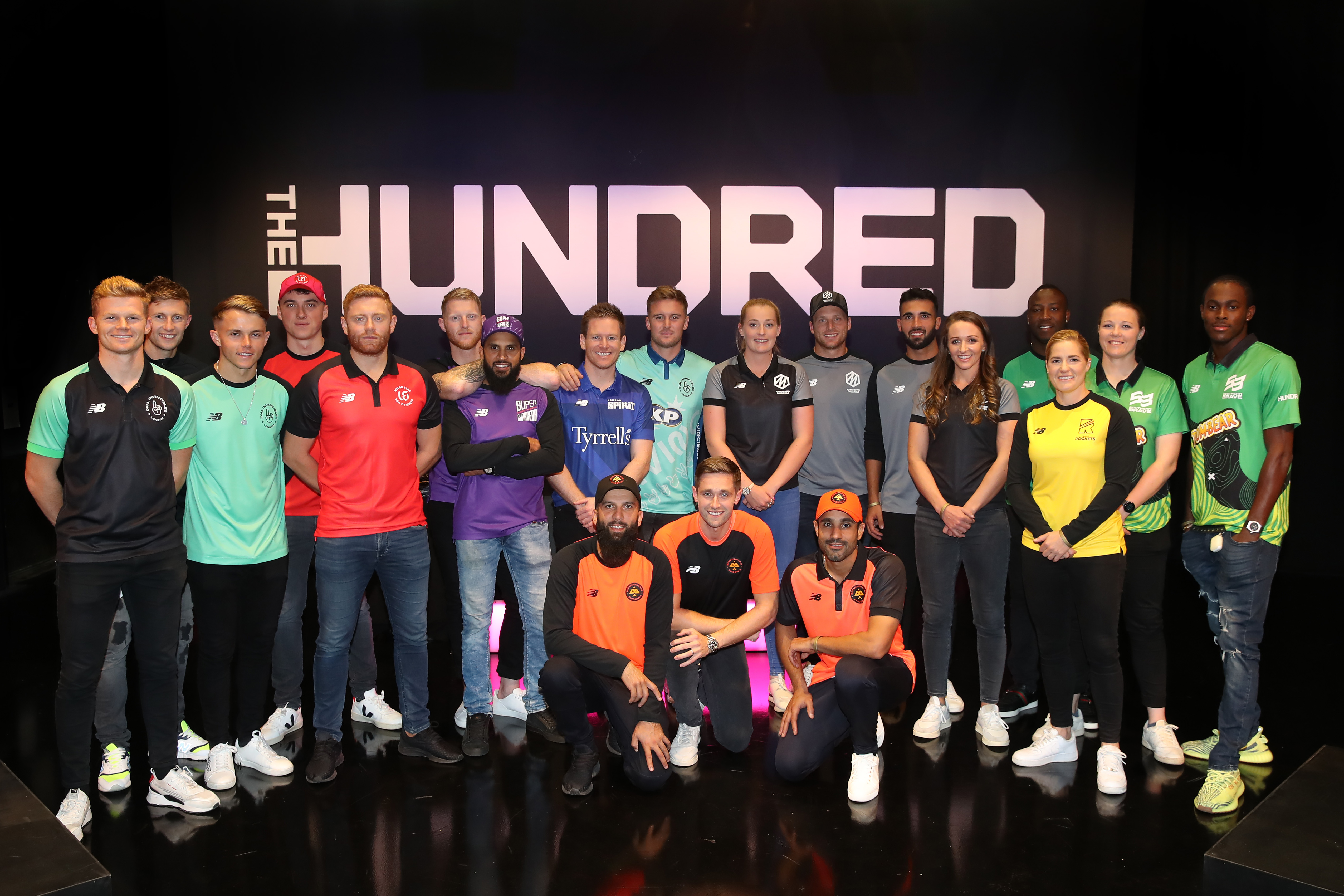 Take your pick. The positions are entrenched. As normal, there is truth and flaws in both arguments. 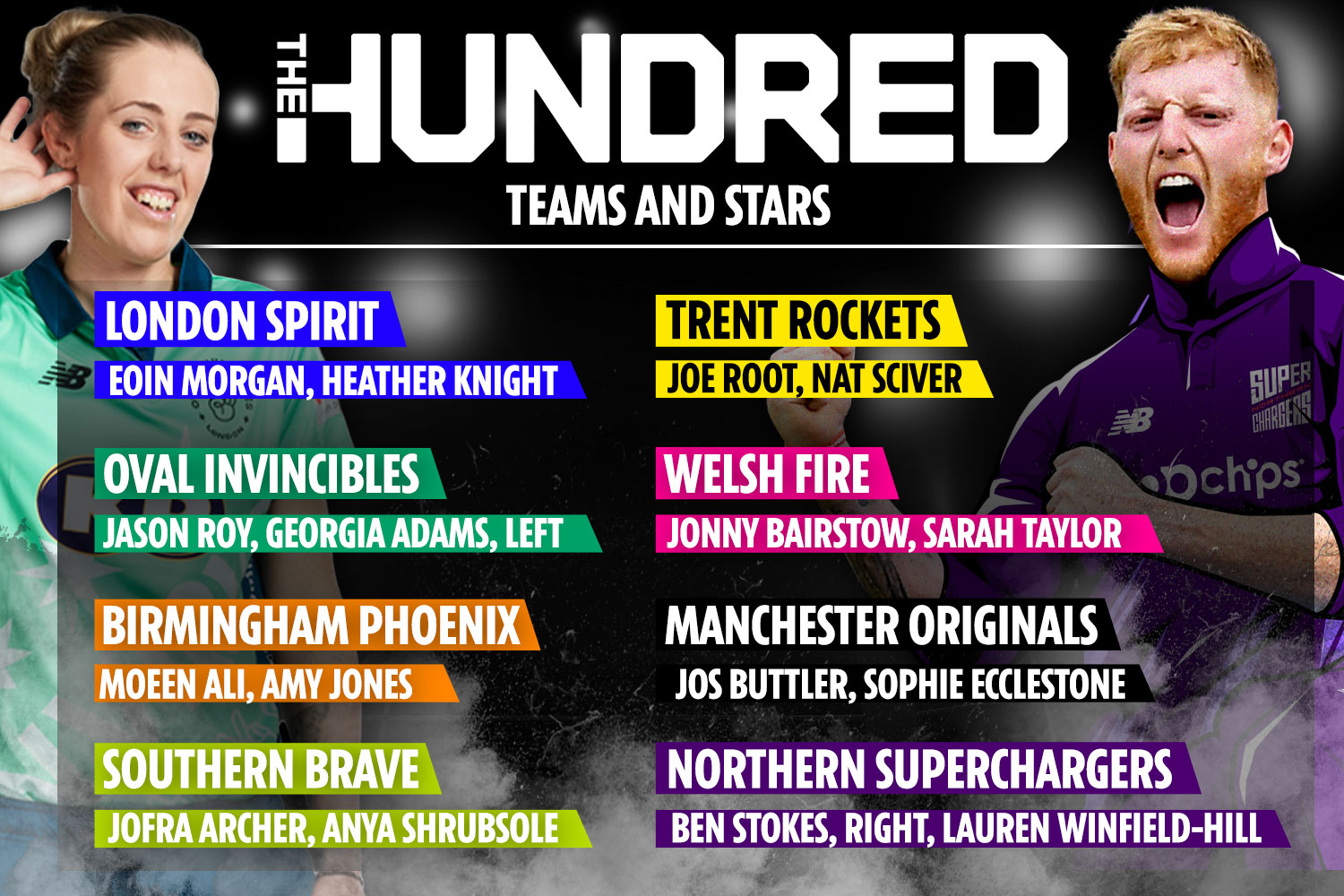 Certainly, the commitment to women’s cricket is illustrated by today’s curtain-raiser being a stand-alone women’s match between Oval Invincibles —  featuring  Georgia Adams who is a huge fan of the format — and Manchester Originals. The men’s game between the same teams is tomorrow.

After that, women’s and men’s matches are double-headers. The genesis of the competition was research that insisted most people think cricket is too complicated, too long and too inaccessible.

So a new format was invented, with shorter matches finishing by 9pm.

The Hundred is meant to be easier to understand and one essential was a partial return to terrestrial TV with cricket behind a paywall for the past 15 years.

The Beeb are plugging and promoting their coverage and a glitzy promo was shown at half-time during the Euros final.

Posters are popping up everywhere — in my local gym in Surrey, for example — and Eoin Morgan and Joe Root are very publicly backing it. The competition needs fine weather, some exciting early matches and to engage British Asians.

“It’s a really cool, new environment. Some players are going to make a big name for themselves.

“Hopefully, we become one of the most popular teams by playing exciting cricket and winning.

HERE’S what is new…

ONE hundred balls are split into ten blocks of ten from each end.

A bowler may bowl either five balls or ten balls in a row. There is a maximum of 20 balls for each bowler, with fielding restrictions (two outside the circle) for the first 25 balls.

DRS using Hawk-Eye will operate for the first time in England in non-international cricket.

There is a free hit for no-balls. Batters stay at the original end for the next ball if they have crossed for a catch.

The fielding side can call a two- minute timeout for a tactical chat  after 25 balls. Umpires will call ‘five’ instead of ‘over’ and hold up a white card to signify the end of the first five balls.

The eight teams  play each other once with an extra ‘local derby’ fixture.

The top team qualifies for the final and the second and third teams play off for the other final place.

Both finals will be held at Lord’s on August 21.

“Having games on free-to-air is massive — the more accessible, the better.

“The 2005 Ashes were huge on free-to-air so why can’t the same thing happen and open a new audience?”

With the exodus of overseas big names — due to Covid, international commitments and The Hundred paying modest money compared, say, to the IPL — the big stars will be from England.

But Test players such as Root, Jos Buttler and Ben Stokes will feature only in the first two games before the Tests against India.

THE BBC will show ten men’s  and eight women’s matches live on TV and iPlayer, including this evening’s opener.

Their coverage is hosted by Isa Guha alongside the likes of Michael Vaughan and Heather Knight.

Between them, BBC Radio 5 Live and 5 Live Extra will also cover every match.

Sky will show all men’s matches live with Andrew Flintoff, Kevin Pietersen and Stuart Broad on their  team.

All women’s matches will be on Sky’s free YouTube channel.

Those at the crease  will be known as gender-neutral ‘batters’ and commentators will be encouraged to call the third man just ‘third’. Tricky cricket words such as bouncer, googly and  yorker will be explained by the commentators.

Broadcasters want to show which team is winning with runs scored/required and balls faced/remaining being the key numbers. The required run-rate per over will not be used, nor parlance such as 120 for four.

There will be a DJ at every game, with rap stars also playing live.

The target audience for the sport’s new format is young, hence the  music. Don’t expect to hear Sweet Caroline.

The cricket is likely to be fun, crowds decent (although many tickets have been given away) and TV audiences respectable — it has a prime BBC2 slot from 6-9.30pm.

The biggest worry is the potential  collateral damage. The county 50-over competition — remember, England are world champions in the format — is being played at the same time with some counties losing eight or more players to The Hundred. Resources and budgets will be stretched.

And the money-spinning T20 Blast — a financial lifeline for many counties — could be cannibalised by The Hundred.