WHILE it's commonplace for rivalries between opponents to linger on long past the conclusion of their playing careers, the same can also be true among former teammates.

A clear-cut example of that is the continued frostiness between Roy Keane and Peter Schmeichel. 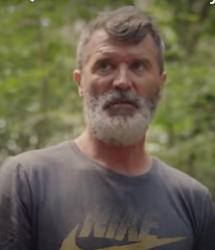 Despite both being pillars of the Old Trafford dressing room during Man United's most successful era, the pair never saw eye to eye.

Keane even revealed in his autobiography that he felt the Danish legend's trademark outbursts were more for the crowd rather than serving any great purpose on the pitch.

He also detailed how tensions bubbled over between them on a 1998 pre-season tour, leading to a drunken brawl in a hotel corridor.

He wrote: “I had a bust-up with Peter when we were on a pre-season tour of Asia, in 1998, just after I came back from my cruciate injury.

"I think we were in Hong Kong. There was drink involved.

“Myself and Nicky Butt had had a night out, and we bumped into Peter at the hotel reception desk.

"It was about two in the morning. We said a few words to one another – a bit of banter, a bit of stick.

"I went to Nicky’s room for some room service, had a sandwich, got up to go – and Peter was waiting for me, outside the room.

“And we had a fight. It felt like ten minutes. There was a lot of noise – Peter’s a big lad.”

Flash-forward to the present day and the animosity between them clearly still lives on.

While being quizzed by Gary Neville on who was the best goalkeeper he ever played with, the seven-time PL winner picked Schmeichel but was sure to get a dig in at the same time.

He said: "I suppose I have to say Peter though I still think he was overrated.

"I just don't think he was as good as everyone made out but he was very good."

The Great Dane has now responded and took the approach of 'if you've nothing nice to say, don't say anything at all.'

He gave Richard Keys the short shrift as he simply replied 'I actually don't' with a wry smile when asked if he'd any response to Keane's comment.