RUGBY'S weekend of shame continued when France prop Mohamed Haouas was sent off for a sickening punch to the face of Scotland's Jamie Ritchie.

The heated Six Nations match at Murrayfield was marred by the shocking attack. 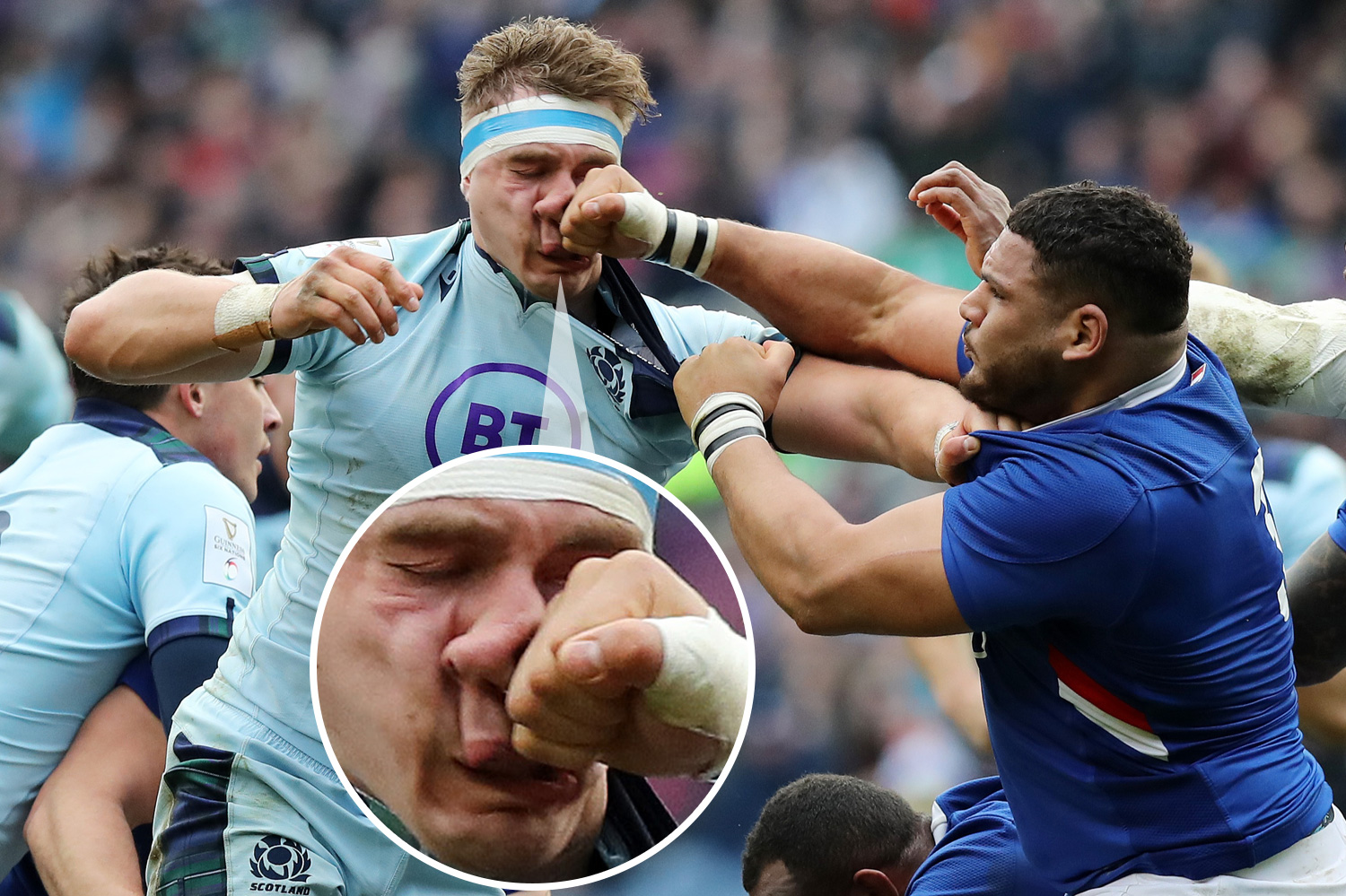 And it came just a day after Joe Marler grabbed Wales captain Alun Wyn Jones by the testicles in front of stunned TV viewers.

England won the game 33-30 at Twickenham.

But there were even calls for Marler to be charged with sexual assault and he could be hit with a FOUR-YEAR ban if rugby bosses throw the book at him.

The Haouas incident came in the 37-th minute with Scotland on the attack.

Ref Paul Williams blew for a Scotland penalty and a melee broke out between Les Bleus and the Dark Blues.