Vodafone is joining Three Mobile by offering customers an unlimited SIM for half price. Three has been giving its users this chance to grab this deal for a while but now it seems Vodafone wants to entice users over to its network with a similar saving. There’s a trio of deals to choose from which include Vodafone Unlimited Lite, Vodafone Unlimited and Vodafone Unlimited Max. 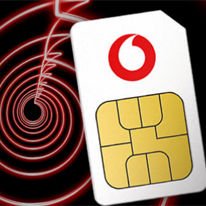