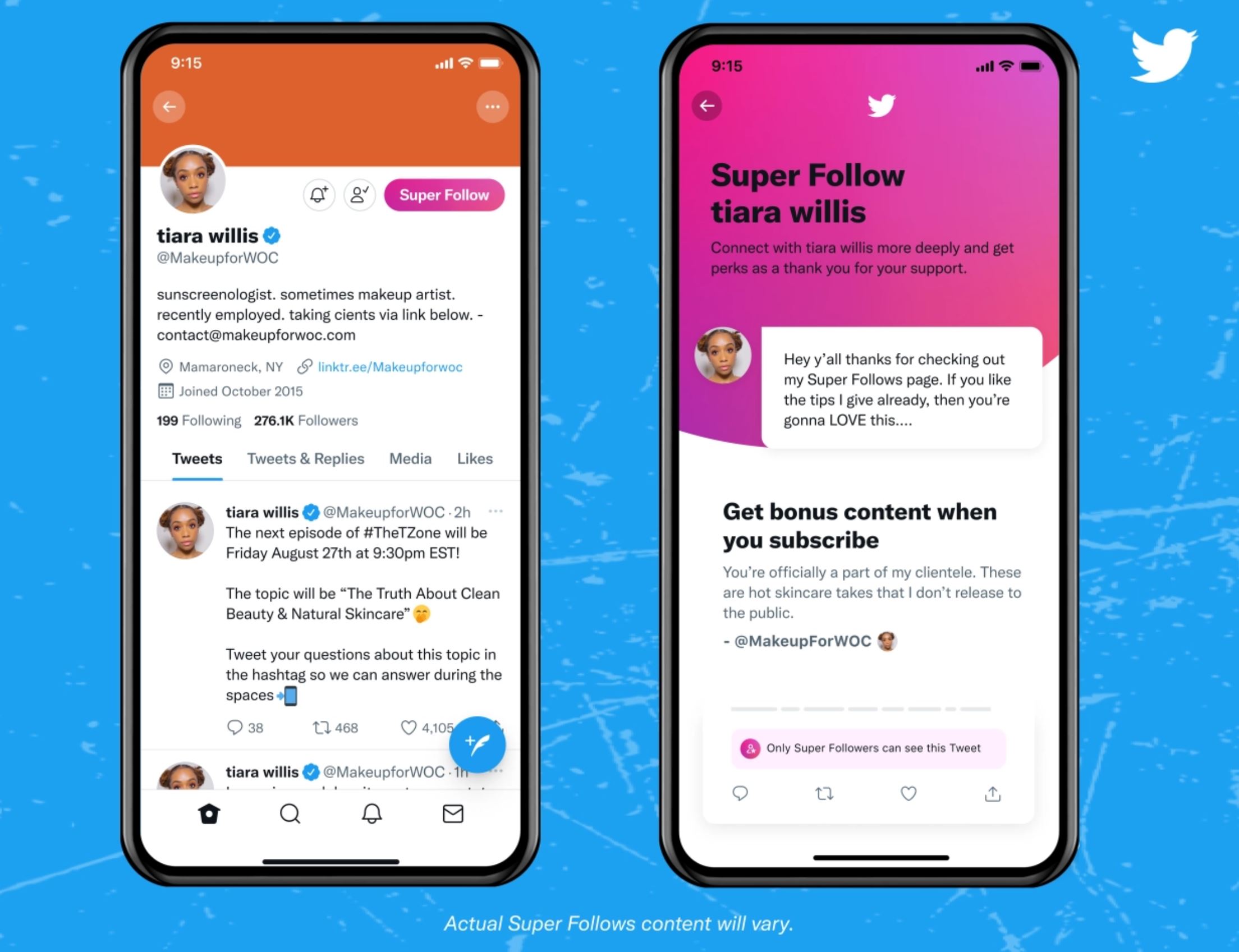 Twitter has seemingly taken a leaf from the OnlyFans playbook with a new feature called ‘Super Follows’.

In a nutshell, it means that Twitter users can decide to charge followers real money to see their posts.

Like OnlyFans, which enables creators to provide bespoke content to followers, the Super Follows idea could be a way for high-profile Twitter celebs to make money.

At present, the feature is only available on iOS to a select group of users in the United States and Canada.

Twitter says it plans to roll the feature out globally in the coming weeks. It will also become available for those using Android phones.

‘Exploring audience funding opportunities like Super Follows will allow creators to be directly supported by their audience,’ Twitter said back in February when it announced the feature.

‘And will incentivise them to continue creating content that their audience loves.’

Subscription-only content isn’t limited to just text, either. High-profile users will be able to post videos and screenshots that only those willing to pay will see.

It follows a raft of other services that let users pay their creators direct. Patreon, Twitch and, of course, OnlyFans have all made a successful business out of the subscription method.

Super Followers will be denoted by a small badge that appears under their username when they respond to a tweet.