At the age of 21, Liverpool right-back Trent Alexander-Arnold has already played in two Champions League finals and a World Cup and is close to helping the Reds win the league for the first time in 30 years. BBC Sport bombarded him with as many quick-fire questions as possible.

Some people say you are making the full-back position ‘sexy’. What do you think about that?

Ha. I wouldn’t say that’s what I set out to do. Going into a game I don’t play to make the full-back position ‘sexy’. I just think a lot of people underestimate how important the full-back position is. It’s vital in the sense you’ve got to be up and down the pitch, creating things but also defending. I just go out there and try to make the team win – whether that means I’m playing ‘sexy’ football or not.

How are you so good at crossing?

Practice really. When we made the decision for me to go to right-back, that was a massive part of the game. I’ve always been a good passer of the ball and I always took the set-pieces in my academy team so I just tried to hone that talent.

Who made the decision for you to change to right-back?

It was me, Neil Critchley and Alex Inglethorpe. Critch was my under-18 manager and Alex was head of the academy. I wanted to get into the first team as soon as possible, and we decided that was the most straightforward route.

Was it easy to adjust from being a midfielder to a defender?

No, it was difficult because when you play higher up you are very rarely isolated in a defensive situation. That was the strangest thing – being one-on-one with someone out wide, with no-one to help. I’ve always enjoyed right-back as there is a lot more freedom going forward. It’s a lot more chaotic in the middle. I probably get more of the ball now than I did when I was in midfield. It’s just about trying to influence the game as much as possible from out there. 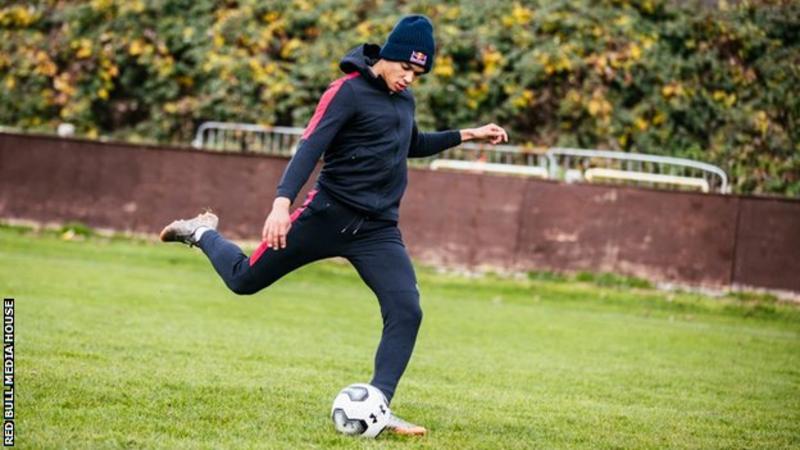 I think some people forget you are only 21. Do you feel pressure at all?

No, I enjoy it, because this is what I’ve always dreamed of – being in title races, going to finals, being in a successful team, trying to win things. Knowing that the team around you is good enough to win every game takes the pressure off.

You’ve said your ambition is to win everything for club and country, to be a legend for both and captain both. You’re aiming quite high…

Yeah, I don’t see why not. The only limit you have is the one you put on yourself. Why would I be content with what I’ve done now? It’s good, but why settle for good when you can achieve more and more and make every dream you’ve ever wanted come true?

The folding-the-arms celebration… what was that all about?

Mbappe’s celebration! It’s something I do with my mates… we joke around. Obviously I don’t score too much, and I was saying for ages that I’d do it when I next scored, and I think it was about three or four months between my two goals, so I’d been planning it for a while! 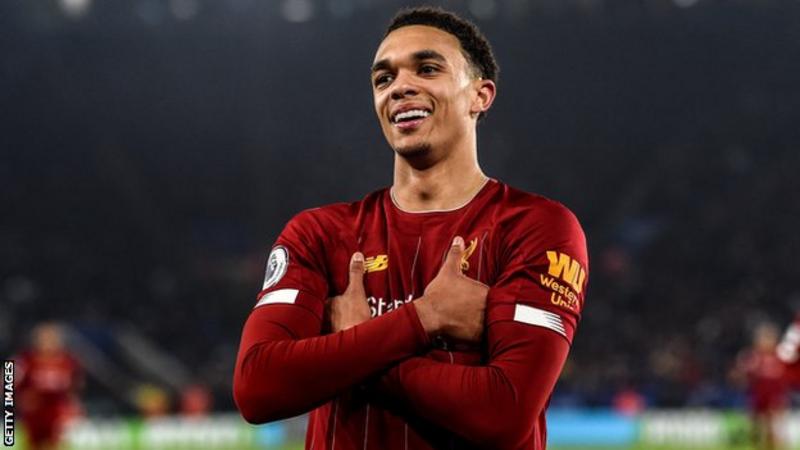 The prospect of winning the league must be very exciting?

Obviously it’s something you dream of. At a club like Liverpool, where it’s eluded us for so long, it would stay with the fans for a very long time, but the closer you get to it, the less you think about it, because it’s more of a reality and you can’t get caught up in the hype.

The message from Jurgen Klopp seems to be ‘next game, next game’…

Yeah, because there’s no benefit in thinking too far ahead as that’s when your focus goes. The manager always says the next game is the most important one of your life and that’s why we go into the next game thinking anything can happen. The quality of every side we come up against means if we are just at 95% then we’ll be beaten, which is why we have to be at 100%.

Sum up what the past 18 months have been like…

Unbelievable for me. There have obviously been disappointments, for example coming so close to the league and not winning it. But there has been massive, joyous moments. Dreams that have come true and things that have happened that I never thought I’d have the opportunity to even do. Playing two Champions League finals, playing so many games for the club that I love.

Liverpool have scored a lot of late goals this season – is that belief something the manager instils?

Yeah, but’s it also just in the players, knowing that your team-mates have the ability to score those goals. We know the players we’ve got around us and we know if we get them the ball, if we can put balls into the areas, then things will happen. Late goals are essentially a mindset we’ve got into.

Looking ahead to the Euros in the summer, how far do you think England can go?

Win it, why not? You’ve seen at the World Cup we got far, you can see that the squad is so exciting at the moment. It’s really encouraging, so for us as players, why would we say we can only get to the quarter-finals? That would be strange. We all believe we can win it.

He’s an unbelievable manager. He has a different coaching style and personality to Jurgen. He’s obviously less animated but essentially the aims and ambitions are the same. They are both winners and want to win every game they can.

A final at Wembley awaits – that would be pretty special wouldn’t it?

Of course, the opportunity to play a final at Wembley for England is something that not many players will get the chance to do, so we need to make the most of it while we have that opportunity and try and make it happen. 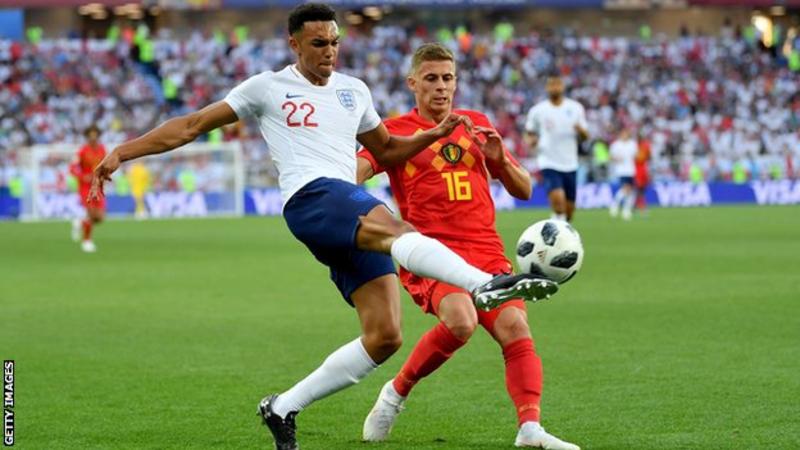 Chess is probably the last thing you’d associate with a footballer but I know you’re a big fan. How did that start?

Just growing up. Everything was really competitive between me and my brothers, and our dad is a big chess fan and he taught us all to play and we found that it was something else we could be competitive in.

Has that competitiveness with your brothers helped mould you into the footballer you are today?

I’d say they’ve played a massive part in my mentality, and even the amount of football we used to play growing up has helped me because, without even knowing it, I was putting that practice in.

I know you’re a big Fifa fan and – last summer you were playing with your friends in Los Angeles and you had to have an early night. What happened?

Haha! We always take our PlayStations when we go away. One night I wasn’t the best, I got beat and I stormed off to bed… but in the winter break, I went to Miami and I think I was unbeaten. It’s not about what happened in the summer, it’s about what happened more recently!