Zendaya and Tom Holland couldn’t keep their paws off each other at the Ballon d’Or 2021 awards ceremony at Theatre du Chatelet in Paris on Monday evening.

The couple was spotted with their arms around each other as they smiled and stared lovingly into each other’s eyes, according to photos obtained by Pop Crave.

At one point, Zendaya, 25, was seen placing her hand on 25-year-old Holland’s chest.

While the pair have been open about their relationship, they opted out of walking the red carpet together and instead posed for photos separately at the ritzy event.

Holland looked dapper in a black tuxedo while Zendaya made waves in a sexy backless vintage Roberto Cavalli black gown.

The “Spider-Man: No Way Home” actor recently gushed over his girlfriend after she won Fashion Icon at the 2021 CFDA Awards in October.

“Naaa stop it. An incredible achievement for the most incredible person,” he said at the time, adding, “Congrats @zendaya and @luxurylaw you guys deserve every bit of this.”

He has a history of making his feelings for the actress known and proudly posted a photo of her at the “Dune” premiere in October and shared a sweet tribute for her on her birthday the previous month. 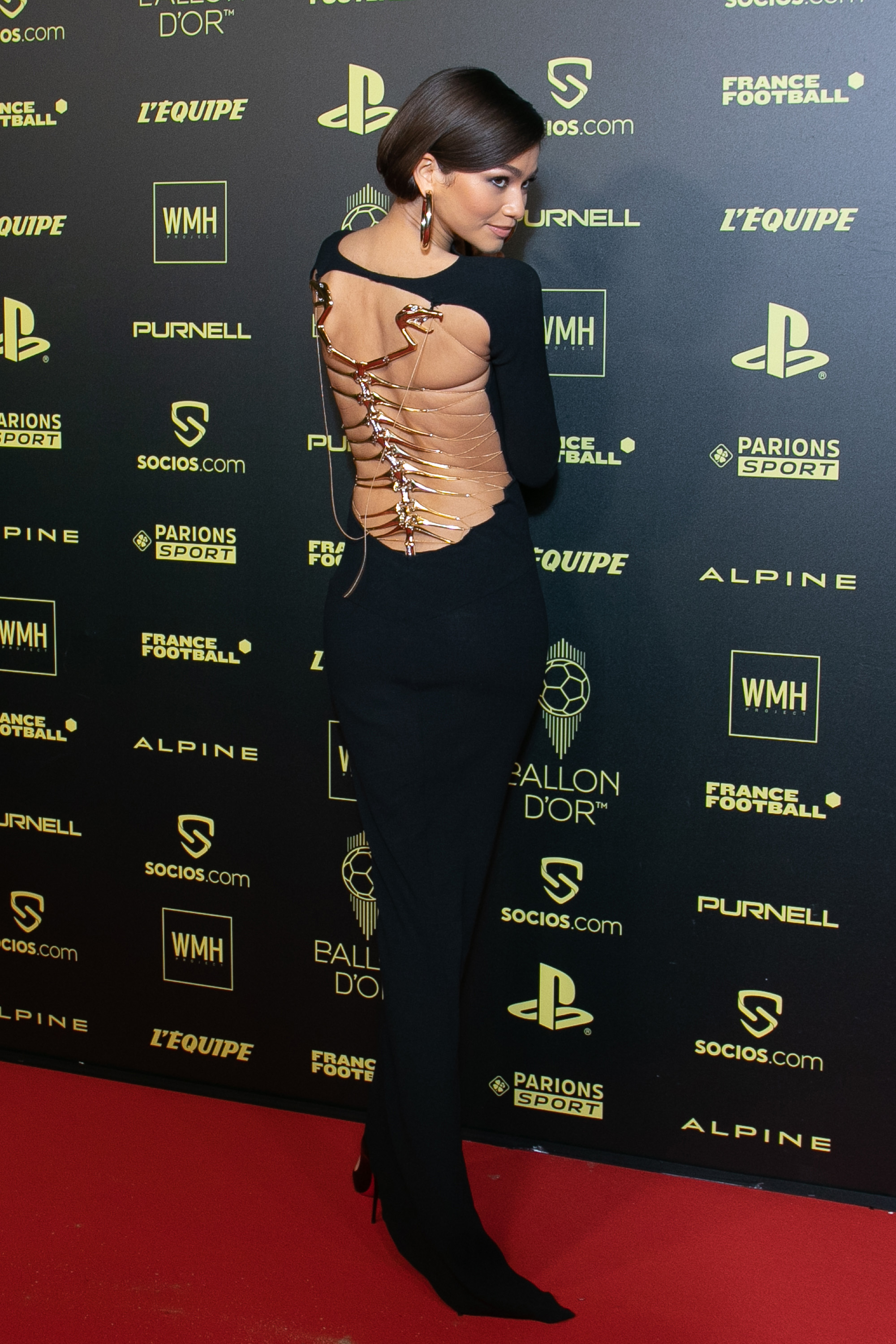 Holland and Zendaya first sparked dating rumors in 2017 when they co-starred in “Spider-Man: Homecoming,” where he played Peter Parker and she played his classmate and future love interest, MJ.

“They’ve been super careful to keep it private and out of the public eye, but they’ve gone on vacations with each other and try and spend as much time as possible with one another,” a source had told People in July 2017.

While they initially kept things under wraps, things started to get serious for the couple when Holland was seen hanging with Zendaya and her parents at Bobby Van’s Central Park South.

They finally confirmed their romance in July when they were photographed showing lots of PDA by smooching in the car. And in August, they attended a friend’s wedding together.