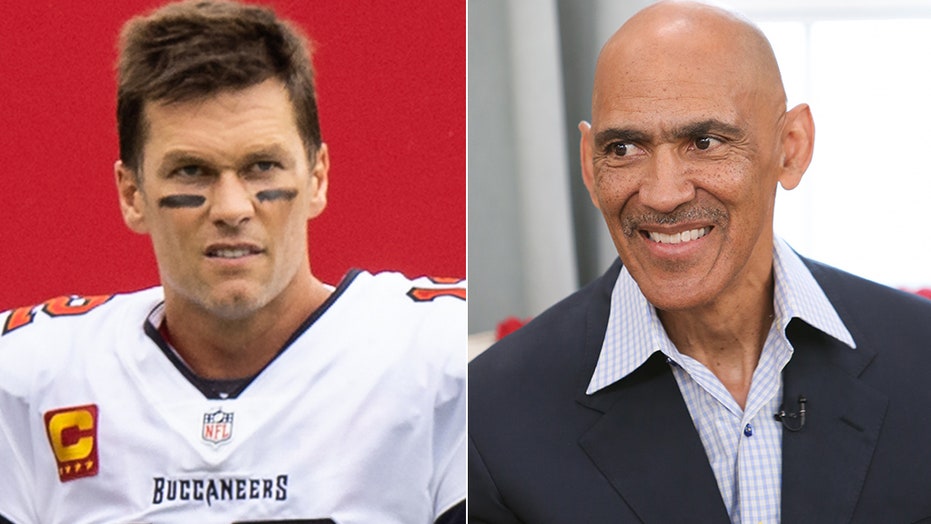 When Tom Brady was still running the show for the New England Patriots, his archrivals for a long period of time were Peyton Manning and the Indianapolis Colts.

In 20 years with the Patriots, Brady led the team to nine Super Bowl appearances, including six championships, but former Colts head coach Tony Dungy said that Brady wasn’t one of the most difficult quarterbacks to coach against during his career.

"Who I put ahead of Tom Brady: Aaron Rodgers, John Elway, Steve Young, guys who could move. Not to say Tom wasn’t great, but that extra dimension meant something to me," Dungy said.

JERRY RICE FIRES BACK AT RANDY MOSS OVER LIST OF BEST WIDE RECEIVERS OF ALL-TIME: 'IT WAS ALL ABOUT THE RINGS'

Brady responded to the video of Dungy making the comments by sharing a photo of the banner hanging in Lucas Oil Stadium in Indianapolis celebrating the Colts being "AFC Finalists" in 2014.

Of course, Brady and the Patriots rolled to a 45-7 victory over the Colts in the 2014 AFC Championship Game. Dungy, however, wasn’t the coach of Indianapolis at the time. His final season in charge was in 2008.

Brady squared off against Dungy and the Colts eight times over his career. The Patriots went 5-3 in those games, including a 2-1 record in the playoffs.

Here was some of the reaction to Brady's tweet on social media.

More On: arson ‘Hell to pay’: Satanists mourn loss of historic NY ‘Halloween House’ Florida man sets himself on fire while trying to ignite his […]