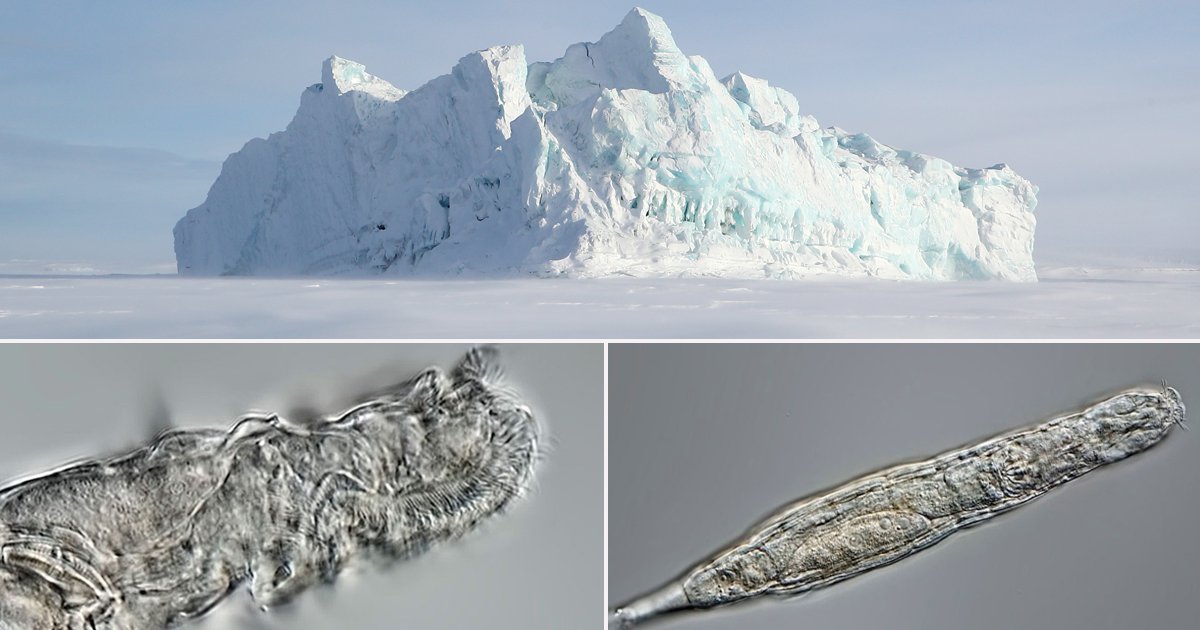 Bdelloid rotifers – tiny multicellular animals – can not only withstand being frozen, but they can also persist for at least 24,000 years in the Siberian permafrost and survive, according to a new study.

Despite being microscopic, the creatures are known for being tough, capable of surviving through drying, freezing, starvation, and low oxygen.

And they appear to have the ability to survive, seemingly indefinitely, in a state of suspended animation beneath the frozen landscape, researchers said.

Previous research suggested rotifers could survive up to 10 years when frozen, but researchers in a new study used radiocarbon dating to determine that the rotifers they recovered from the permafrost were about 24,000-years-old.

Stas Malavin, of the Soil Cryology Laboratory at the Institute of Physicochemical and Biological Problems in Soil Science in Pushchino, Russia, said: ‘Our report is the hardest proof as of today that multicellular animals could withstand tens of thousands of years in cryptobiosis, the state of almost completely arrested metabolism.’

Once thawed, the tiny creature, which belongs to the genus Adineta, was said to be able to reproduce in a clonal process known as parthenogenesis.

To follow the process of freezing and recovery of the ancient rotifer, the researchers froze and thawed dozens of them in the lab.

The study, published in Current Biology, found the animals could withstand the formation of ice crystals that happens during slow freezing.

This suggested they had some mechanism to shield their cells and organs from harm at exceedingly low temperatures.

Mr Malavin said: ‘The takeaway is that a multicellular organism can be frozen and stored as such for thousands of years and then return back to life – a dream of many fiction writers.

‘Of course, the more complex the organism, the trickier it is to preserve it alive frozen and, for mammals, it’s not currently possible.

‘Yet, moving from a single-celled organism to an organism with a gut and brain, though microscopic, is a big step forward.’

He added that it was not yet clear what it took to survive on ice for even a few years and whether the leap to thousands made much difference.

More studies were needed on this and researchers would continue exploring Arctic samples in search of other organisms capable of such long-term cryptobiosis.

The Soil Cryology Lab specialises in isolating microscopic organisms from the ancient permafrost in Siberia.

To collect samples, they use a drilling rig in some of the most remote Arctic locations.