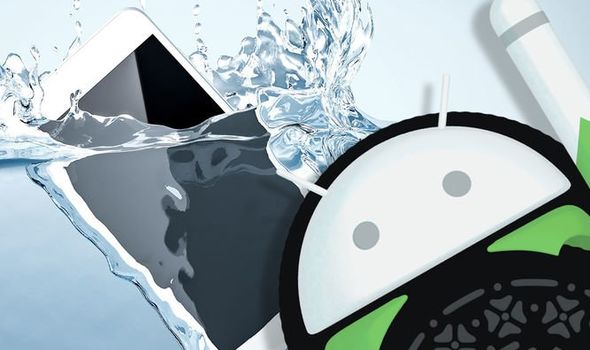 If you own an Android phone then you might want to consider downloading a very useful app. Called Water Resistance Tester, it can check if your device is still capable of surviving a dip in the bath or if you’ll be left facing an expensive repair bill.

As originally spotted by Android Police, the app is available to download on the Google Play Store and promises to “help you test whether the IP67/IP68 water-resistance seals on your phone are still intact by using the barometer built into your phone.”

Most modern phones should be able to cope with being used in the rain or take a soaking when you spill a drink on them.

However, as they age, the seals that keep them watertight can begin to perish meaning there’s a chance that liquid can get instead and start wreaking havoc with the delicate internals.

This app is aimed at revealing just how waterproof the phone in your pocket really is after years of usage.

Nearby Share: Android explain how users can use new feature

The app works by simply sensing pressure, via the inbuilt barometer with users asked to press the screen with both of their thumbs. If the phone is fully sealed, the pressure inside the device will increase, it’s as simple as that.

Now, you might be wondering if it really works, but judging from the Play Store reviews it seems plenty of people are seriously impressed.

Whilst another added: “Genuinely a very brilliant and simple app, have to hand it to the developer for using the barometer in such a smart way. Tested a Galaxy S10+ (intact) Tested a Pixel 2 xl that was dropped and damaged and said it was not intact. It’s not just looking up the device model, it’s a real test.”

If you’re about how well your Android device will cope with a dip in the pool during the summer holidays then it’s well worth a go.

Just remember that the app only works with phones that feature a barometer and the developer also recommends removing any cases before trying it. Good luck!