FRUSTRATED shopppers at The Range are complaining about month-long waits for orders and fear not getting gifts delivered in time for Christmas.

The Range has already kicked off its Black Friday sales with social media posts about discounts but its feeds are swamped with customer complaints about existing orders not being fulfilled. 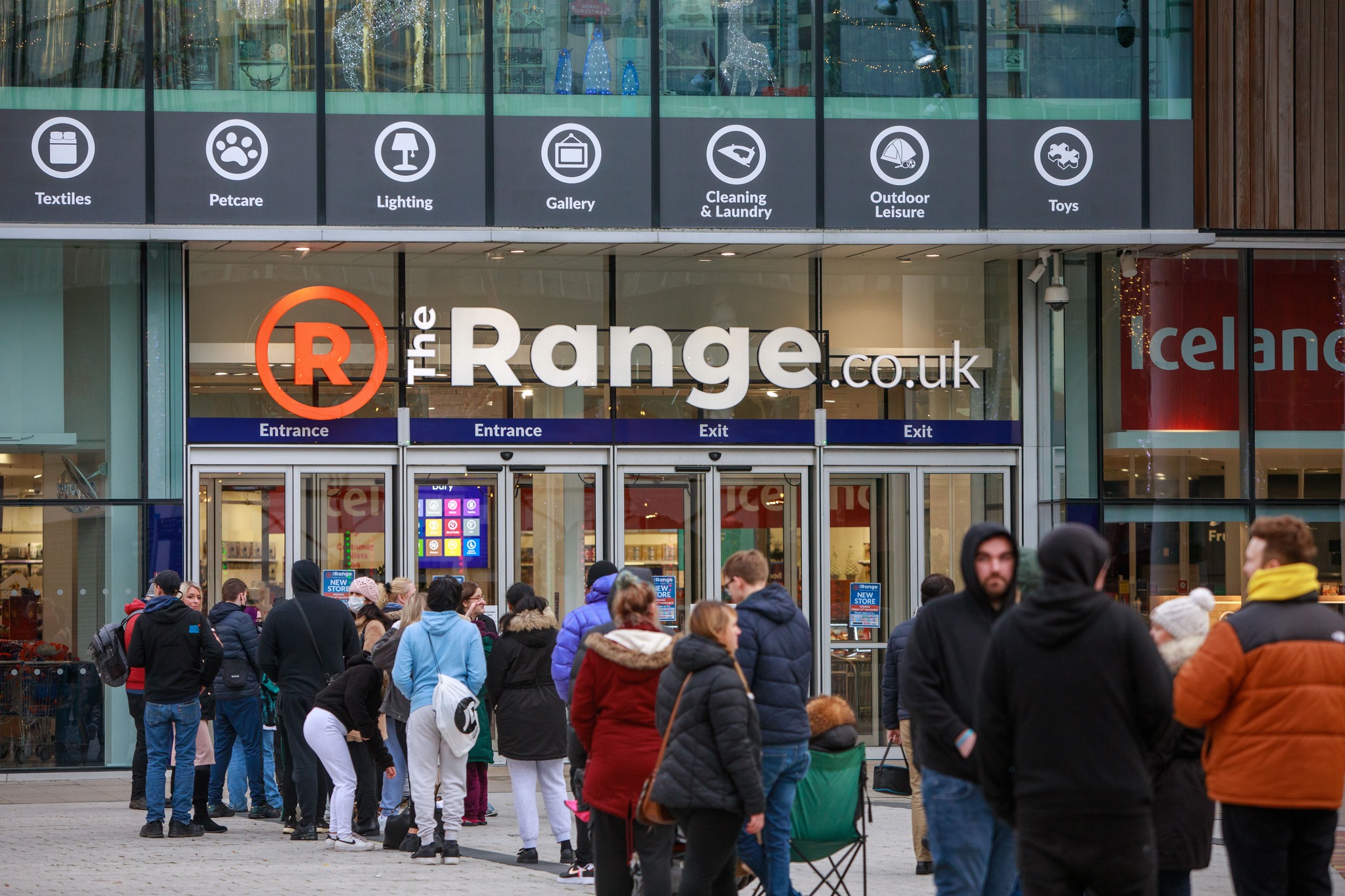 Delays range from a couple of weeks to a month, according to the comments.

In one social media post marking the opening of a new store in Bury, a user wrote on The Range's Facebook page: "Maybe stop opening new stores until the customers who have bought from you already get their orders delivered."

Users are even advising others against ordering products for the festive season.

One Facebook user said: "If you order online, don't expect to get it before Christmas, three weeks and still no dispatch."

Another said: "Glad it's not just me.

"I've been waiting over a month.

"Been told it's because of Christmas."

Customers on social media are claiming that they are either unable to get through to customer services or are told that there are warehouse issues and are not given delivery dates.

Many customers aren't hopeful of getting orders before Christmas.

A Range customer on Twitter said: "If you want anything from The Range for Christmas, don't bother ordering online as you will never get it.

"I ordered on November 2 and I might get it by November 30."

The Range hasn't said anything publicly about a delivery or supply backlog.

But a note on its website said: "Please bear with us during this time and trust that we’re making every effort to get your items dispatched and delivered on time."

The homewares and garden goods retailer has 195 stores across the UK.

Purchases can also be ordered for delivery nationwide on The Range's website.

Orders made before 6pm can qualify for next day delivery, according to The Range.

It began posting its Black Friday deals this week, with savings of up to 50%.

It comes amid nationwide supply issues in the UK which have been blamed on a combination of Brexit, the pandemic and a lack of HGV delivery drivers.

Experts estimate that the nation faces a huge shortfall of 100,000 drivers – meaning not enough deliveries of food, essential goods and more are being delivered to meet demand.

It's meant big retailers have warned that problems keeping shops stocked could happen in the run-up to Christmas.

There has already been speculation about toy shortages this year due to a lack of delivery drivers and backlogs at manufacturers.