Line of Duty’s costume designer has revealed the hidden meanings behind the style choices in the show’s sixth season.

Maggie Donnelly, who has worked on the show since series two, explained how each character’s choice of clothing gives subtle hints about their personality, approach to fashion, and financial situation.

Speaking to the Daily Telegraph, Maggie said even something as small as Steve Arnott’s waistcoats have a deeper meaning behind them, as do Kate Fleming’s signature coats. 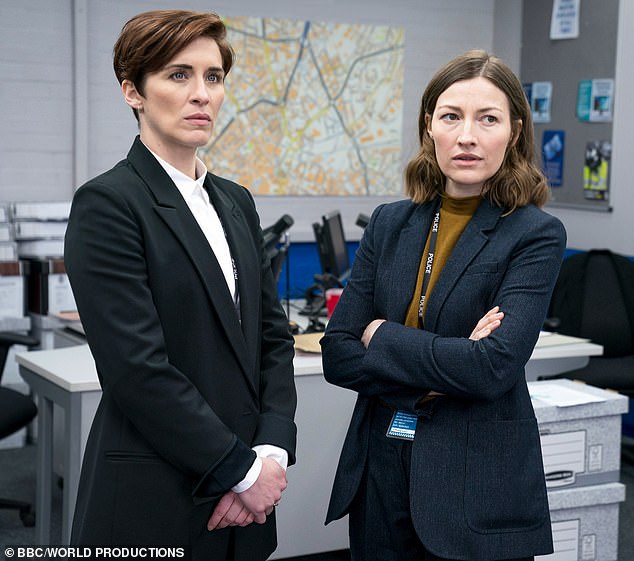 The classic cop and the risk-taker: Maggie Donnelly, who has worked on the show since series two, explained how each character’s choice of clothing gives subtle hints about their personality. Pictured, Vicky McClure as Kate Fleming and Kelly Macdonald as Joanne Davidson 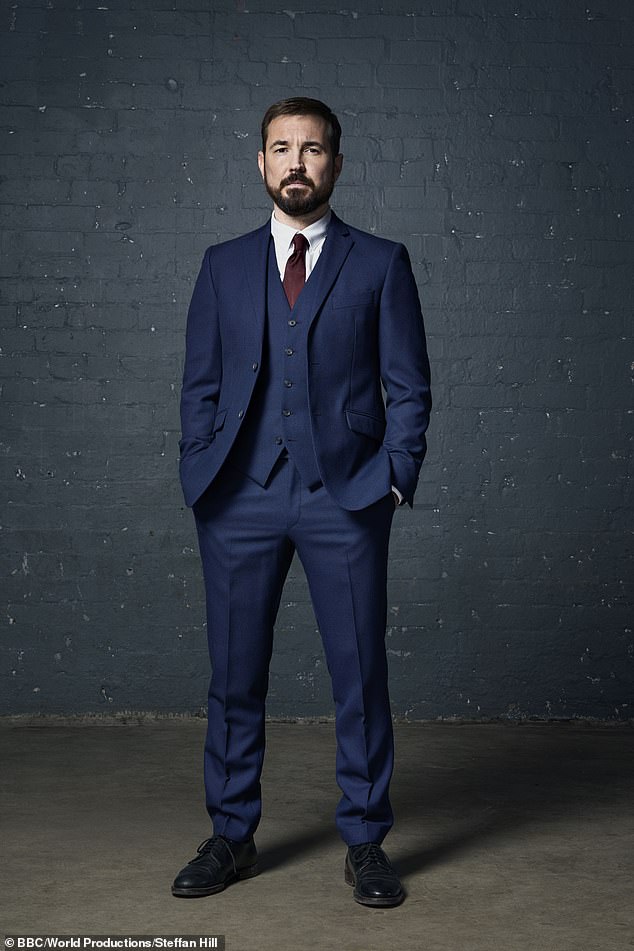 Moving up in the world: Martin Compston’s Steve Arnott has been given custom suits for series six to reflect his upcoming promotion to DI

This series returning stars Vicky McClure, Adrian Dunbar and Martin Compston have been joined by Kelly Macdonald, who plays DCI Joanne Davidson and presented a fresh set of challenges to Maggie.

The DCI, who viewers learned on Sunday has links to the OCG (Organised Crime Group), is a natural risk-taker.

To reflect this, Maggie has dressed her in bolder colours like mustard yellow that other characters wouldn’t wear.

DCI Davidson also wears high-end labels such as Belstaff, Maje and Agnès B, which might be an early clue that she is being paid off.

There are also practical elements to consider. Any police officer carrying a gun, for example, would have to wear a suit or jacket that fits over their holster. 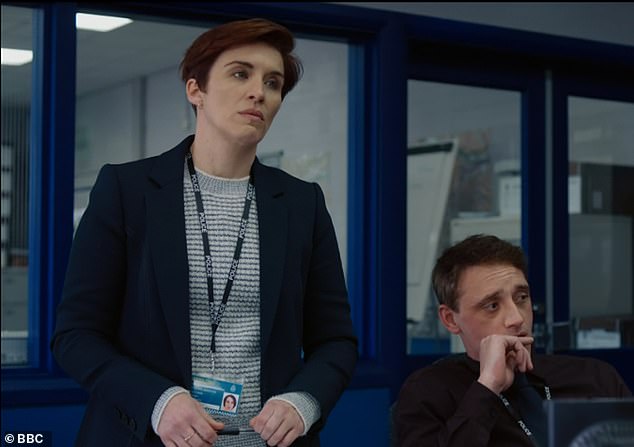 Capsule wardrobe: Kate Fleming (Vicky McClure) dresses in staples like a shirt, blazer and trousers in shades of blue, black and grey that can be easily mixed and matched 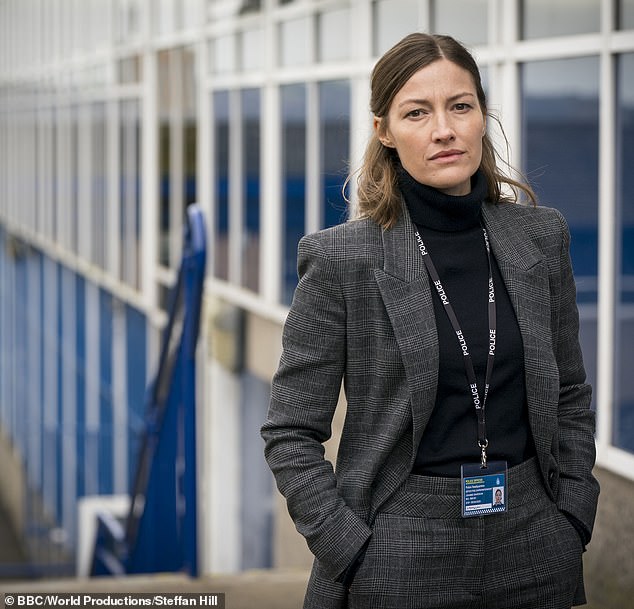 Getting money from somewhere? DCI Davidson also wears high-end labels such as Belstaff, Maje and Agnès B, which might be an early clue that she is on the take

Both Vicky and Kelly are dressed with this in mind.

For her part DI Kate Fleming’s fuss-free nature is reflected in her wardrobe, which is made up of staples like a shirt, blazer and trousers in shades of blue, black and grey that can be easily mixed and matched.

The character is also given a new coat each season, which she wears on repeat.

‘But Vicky [McClure] is very happy to wear pieces from past seasons,’ added Maggie.

However the character has invested more money in her clothes since receiving her promotion to inspector, Maggie noted, with DI Fleming given pieces from brands like Brora and A.P.C. 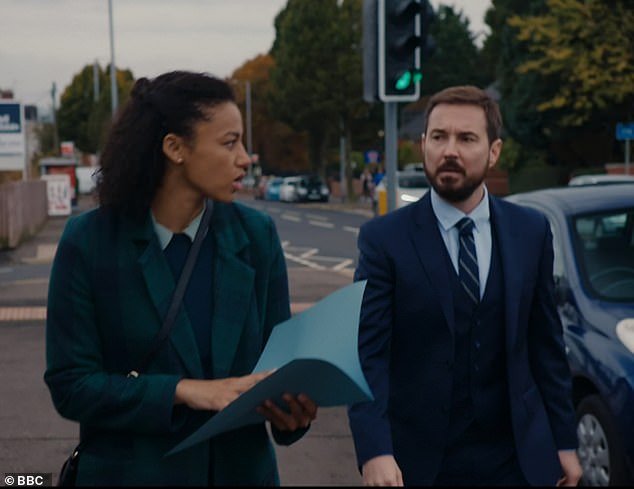 Even Steve Arnott’s signature waistcoats have a secondary purpose: the allow for a better view of the character’s back issues.

Like Fleming, his costumes have also been given an upgrade to reflect his raised standing (he is about to be promoted to a DI.

This series actor Compston is being dressed in a custom-made suit designed specifically for him by upmarket tailor Suitors of Belfast, rather than his usual Ted Baker offering.