Remember when Selena Gomez and this Jonas brother were an item?

The cast of ‘Twilight’ 10 years later

Which ‘Twilight’ stud did Selena Gomez take a bite of?

She must be Team Jacob.

Taylor Lautner is engaged to his girlfriend of three years, Taylor Dome, marking him officially off the market.

“And just like that, all of my wishes came true,” the 29-year-old “Twilight” star captioned photos from the romantic proposal, adding he popped the question on “11.11.2021.”

Reps for Lautner have yet to return Page Six’s request for comment.

In the pics, Lautner is dressed in a suit and down on one knee in front of his future wife, 24, who is barefoot and covering her face in shock.

The actor proposed in front of a fireplace with a neon red “Lautner” sign hanging underneath dozens of red roses while the floor they were standing on was covered in petals and candles. 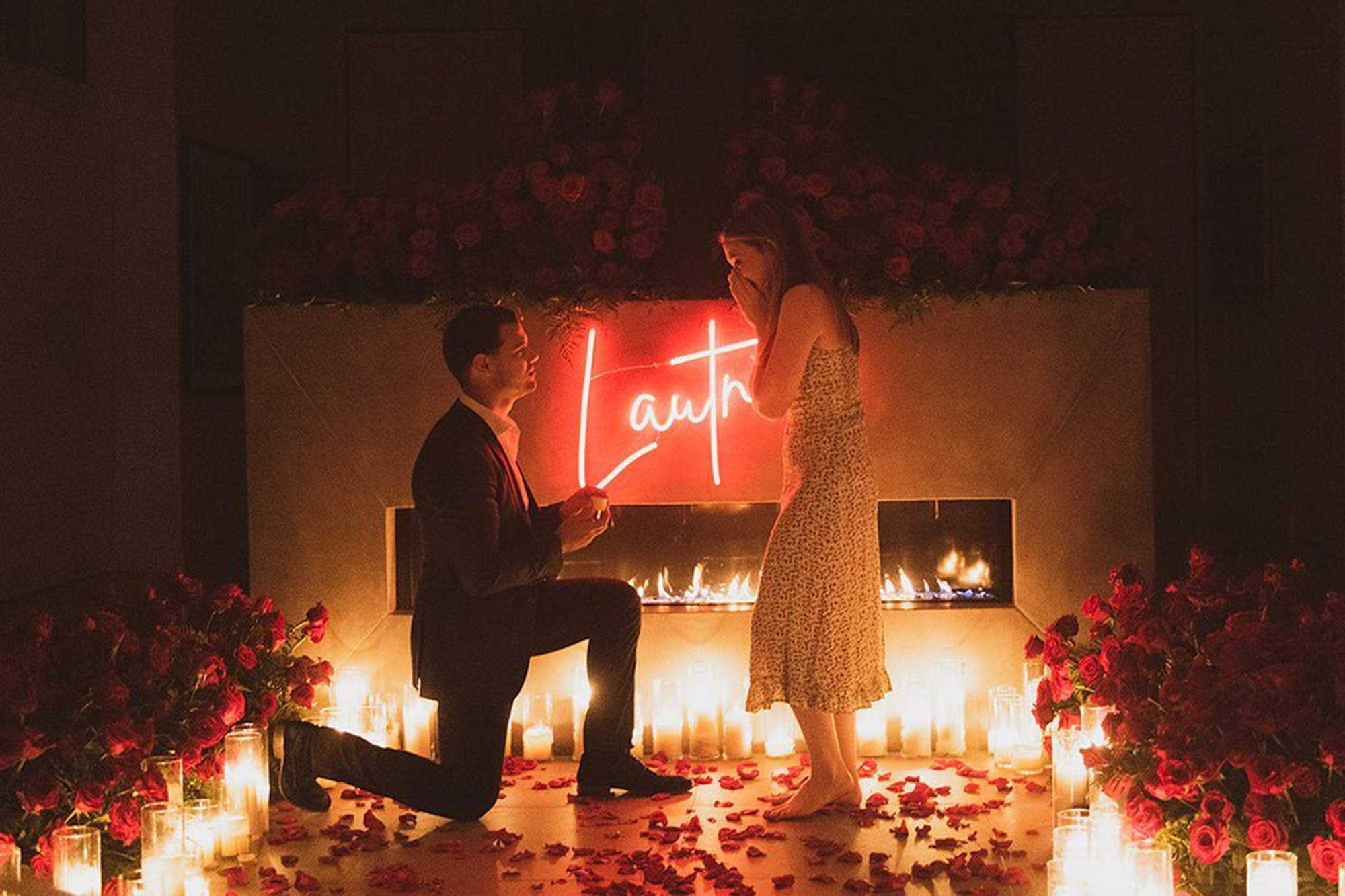 A second photo shows Dome kneeling down in front of Lautner with their foreheads pressed together.

“my absolute best friend,” Dome captioned one of the pics on her own Instagram. “I CANNOT WAIT TO SPEND FOREVER WITH YOU.” 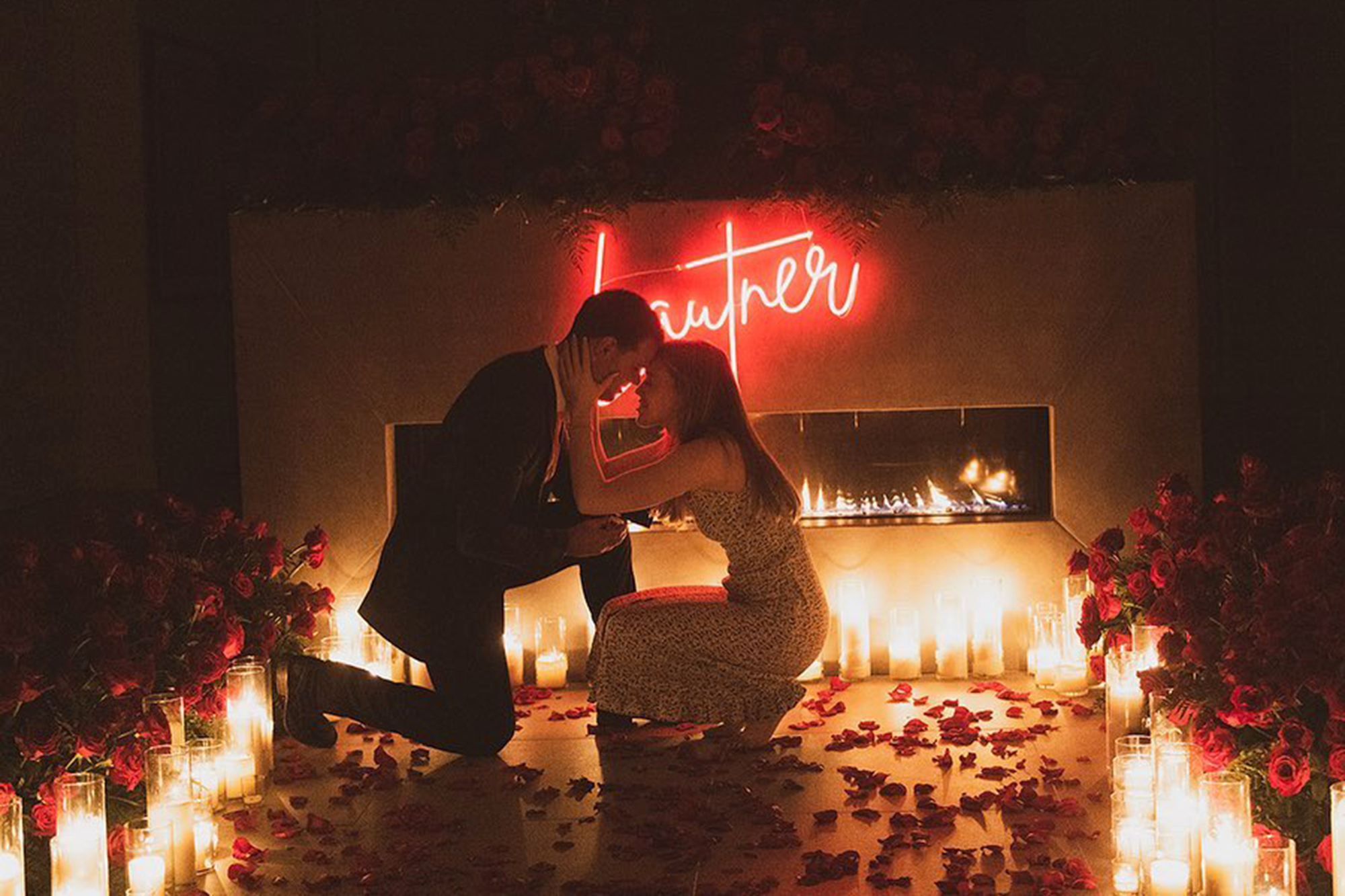 Several of the couple’s celeb friends celebrated the news in the comments, including Lautner’s “Twilight” co-star, Nikki Reed.

“Oh my goodness! This makes me want to cry! Wow! Congrats to you both,” she wrote.

“IM SO HAPPY FOR YOU! LOVE YOU. And yes I’ll be the flower boy,” Patrick Schwarzenegger commented. 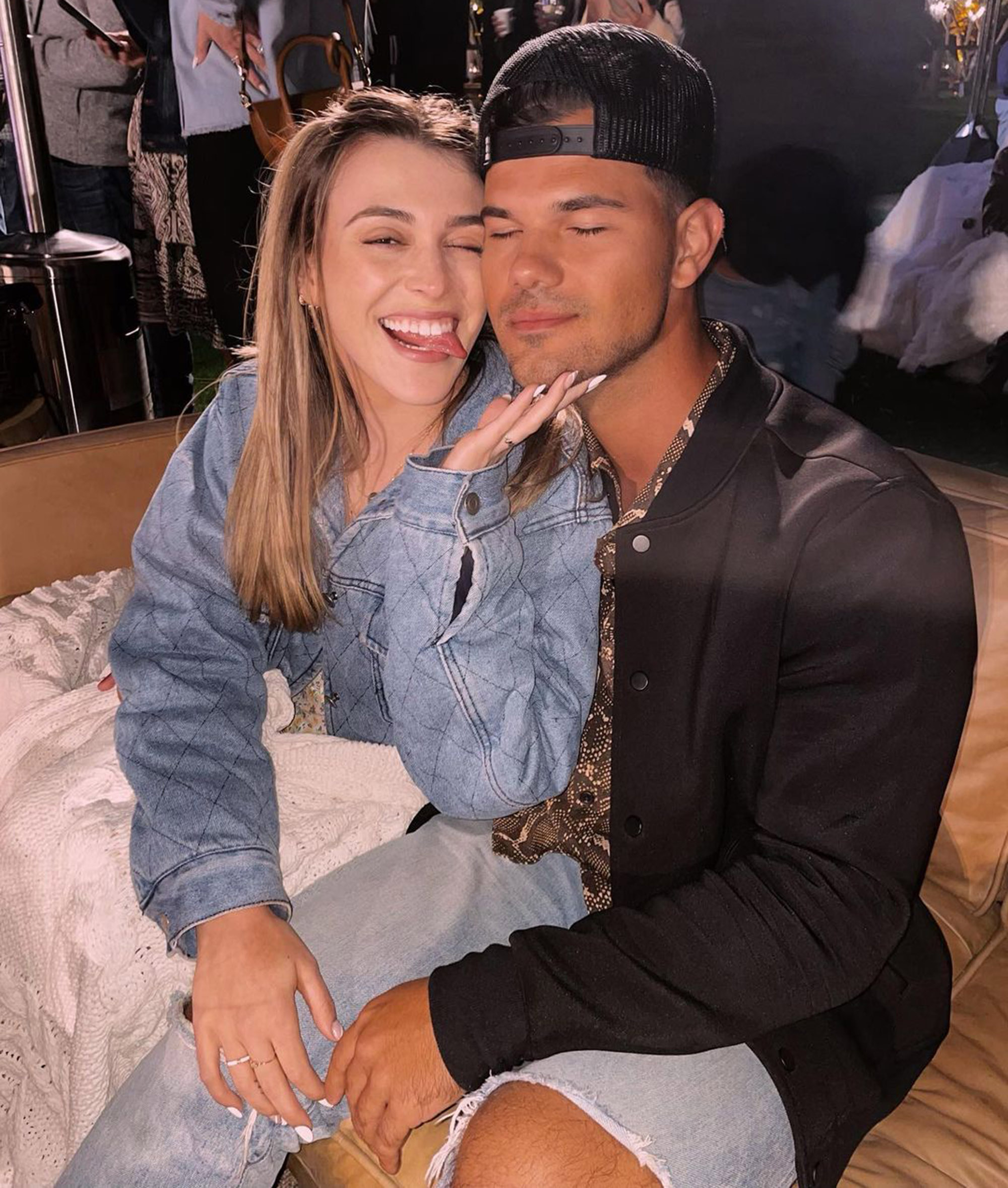 Prior to his relationship with Dome, a registered nurse-slash-YouTuber, Lautner had a string of star-studded relationships.

Lautner dated actress Billie Lourd for about seven months before calling it quits in 2017.

He was also in relationships with several other actresses, including Lily Collins, Maika Monroe, Maria Avgeropoulos and Selena Gomez in the years prior.

Lautner was also in a brief but highly publicized romance with Taylor Swift after the pair met while filming “Valentine’s Day” together. He later confirmed that her 2010 single, “Back to December,” is about their break up.