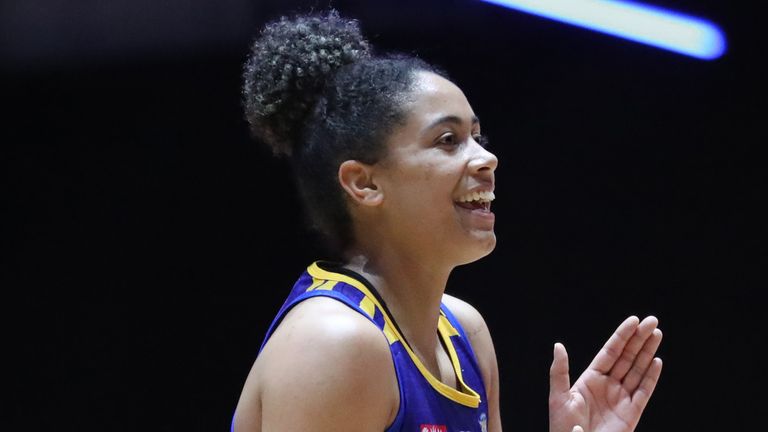 In this week’s column Tamsin Greenway takes a look at the race for the play-offs and what the teams in contention need to do to book their place on finals weekend at the end of June.

With the contests that were housed within Rounds 13 and 14, I always thought it would be a good one, and it delivered.

From Bath and Thunder clashing on Monday night to Dragons getting over the line on Friday, there was a lot to enjoy and Leeds Rhinos’ performances in particular, have set us up very nicely for the business end of the season.

With Team Bath Netball six points clear at the top of the table and nine points ahead of Wasps in fourth, they’re firmly in the driving seat.

Behind them, Loughborough Lightning and Manchester Thunder both look strong and settled, even if Lightning are without Hannah Joseph at the minute. Then, after that, well that’s where it gets a little more interesting!

A couple of weeks ago, we talked about Rhinos’ next three games being crucial for them and with successive victories over Saracens Mavericks, Strathclyde Sirens and Wasps, they passed that test. Now, they’re pressuring Wasps and Saracens Mavericks hard for fourth spot.

At this point in the season, teams have five rounds left before a quartet will move into the final weekend and fight it out for the title.

When I was a Superleague head coach, I was always looking at the table and at the schedule during the season. At this stage in the campaign, I’d be going over all of it in detail. I’d spend a lot of time looking at the goal difference and fixtures that were coming up, for both for my own team, and also for those above and below us.

Why? Well, because it really matters, who you have left to play and who you may or may not match up against in a semi-final… these details are vital if you want to go on and become champions.

So, let’s take a look at the run-ins for Wasps, Mavericks and Rhinos…

Of the three, Wasps are still my favourite to secure fourth spot, but purely because they’ve won one more game than both Mavericks and Rhinos. Plus, they’ve only got one of the top three teams left to play.

Although they still need to meet Mavericks and Thunder, they did beat both of those outfits earlier in the season. For Wasps, that knowledge will give them belief that they can do it again and take at least one of them out in the coming rounds.

Also, head coach Mel Mansfield and the spine of Wasps’ team have a wealth of experience when it comes to this part of the year. One big concern for Wasps though is their attack end and their need to evolve again without Sophia Candappa.

Earlier on in the year, Thunder went through a period of evolution with their attack end and Rhinos did the same when Donnell Wallam was ruled out and returned.

If Wasps are to secure a top-four finish, they need to develop again and find that supply into Rachel Dunn. Iona Christian is really coming into her own, but like Dunn she needs support, and Wasps will need to get their GAs firing if they’re to finish strong.

In my opinion, Wasps are turning over enough ball already and if they fix things in attack, then I do believe – with the schedule of fixtures they have – they could just clinch play-off netball.

Saracens Mavericks are my least likely of the three teams to finish in fourth position. The road to the end of the regular season isn’t a particularly kind one for Kat Ratnapala’s team as it contains Thunder, Wasps and Team Bath Netball. Although Mavericks have got huge potential, it’s still not clicked consistently for them this season.

The performance that they produced to overcome Team Bath Netball was incredible, but it feels like that was a one-off. They still have moments of brilliance, however the final execution on court isn’t always there.

Of course, with the calibre of players that they have within their squad, you can never say never, but unless something changes in the next few weeks it’s a tough ask. 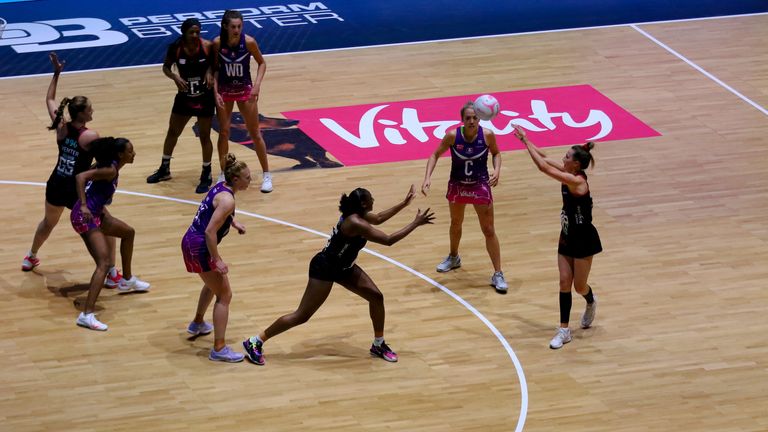 The supply into the circle is certainly better and I think Kadeen Corbin and Ine-Mari Venter have really started to find their feet, but unless they can up their attempts and switch on in the attacking key moments, I’m not sure they’ll get over the line.

Missing Razia Quashie has not helped either, despite their defensive unit working strongly without her, because she’s the player that brings spark and magic when they need it most. I’m intrigued to see how they approach the next few weeks and more importantly, handle the pressure.

Then there’s Dan Ryan’s Leeds Rhinos Netball who are charging through like they have got nothing to lose, and to be honest, they haven’t.

At this point, they’ve lost one more game than the others so they’re in a position where they have to control their situation, and still rely on other results. That can be difficult, but Ryan will be ensuring that the team are purely focused on themselves. 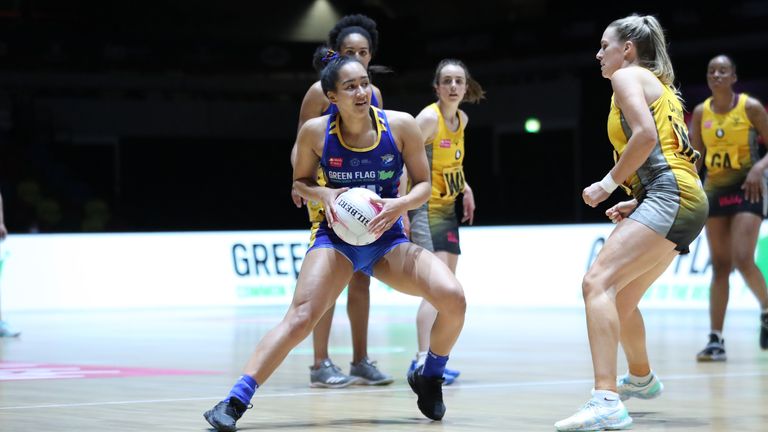 In terms of their run-in, they still have both Lightning and Bath to play, but I actually think that the form Rhinos are in, means they can take at least one of those two teams. It will be tricky though, as both Lightning and Bath will be dead set on keeping their momentum leading into the play-offs, because you never want to give a team bragging rights heading into a semi-final.

The positives are that Rhinos are showing that they’re not just a one-trick pony with a long feed into Wallam. Both Rhea Dixon and Brie Grierson are flying, controlling the attack-end and pulling defences apart.

Rhinos are also showing just how mentally tough they are; they may still be a young group but they’re fearless and that unity puts the pressure onto the other teams around them. That in itself is an incredibly powerful position to be in.

Had Wallam been fit for a full season then Rhinos may have already secured fourth, but instead we’ve got a set of matches coming up that will test both the players and coaches physically and mentally. And the best bit? We get to sit back and watch it all unfold!