The superannuation industry is warning a raft of changes for the $3 trillion sector will hand politicians too much control over the funds’ spending decisions despite significant changes to investment performance tests.

Treasurer Josh Frydenberg and Superannuation Minister Jane Hume released regulations for the new Your Future, Your Super reforms on Wednesday and revealed the performance benchmarks super funds must meet will now include administration fees and new categories to better measure unlisted assets. 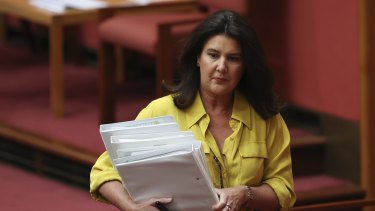 However, plans to give the government new powers granting the right to intervene on funds’ spending were not changed. This has been one of the most controversial aspects of the legislation, with funds requesting more details about how these rules will be used.

Australian Institute of Superannuation Trustees chief executive Eva Scheerlinck said the regulations were “silent” on this issue. “As long as there is uncertainty around this measure, there will be uncertainty as to how super funds invest for the long term, putting at risk investment by funds and dampening returns for members,” Ms Scheerlinck said.

Labor superannuation spokesman Stephen Jones was glad to see progression on the benchmark tests with the addition of administration fees as it aligns more with returns to members in their super accounts.

But he said there were a “bunch of problems to be dealt with yet” in the legislation. This included the potential government overreach, which prompted him to write to 90 Coalition MPs in early-April warning super funds’ investment decisions could be “weaponised in parliamentary decision making” by future governments.

The Senate Economics Legislation Committee is due to provide its final report on the changes on Thursday.

The Association of Superannuation Funds of Australia chief executive Martin Fahy said the changes to the benchmark test will help mitigate investment distortions the industry had warned about.

“Australian superannuation funds’ strategic asset allocation, including the significant allocation to unlisted investments, has been an important element in their outperformance compared to international peers,” Mr Fahy said.

“The changes announced today have the potential to mitigate investment distortions foreshadowed by the industry when the benchmark was first announced.”

Industry Super Australia chief executive Bernie Dean said the lobby group would work with the government to expand the coverage of the benchmarks to more funds and remove powers giving politicians a say on investments.

“Now that seemingly all fees are included in the test it is time that all funds are too – the worst-performing products in the system should not be carved out,” he said.