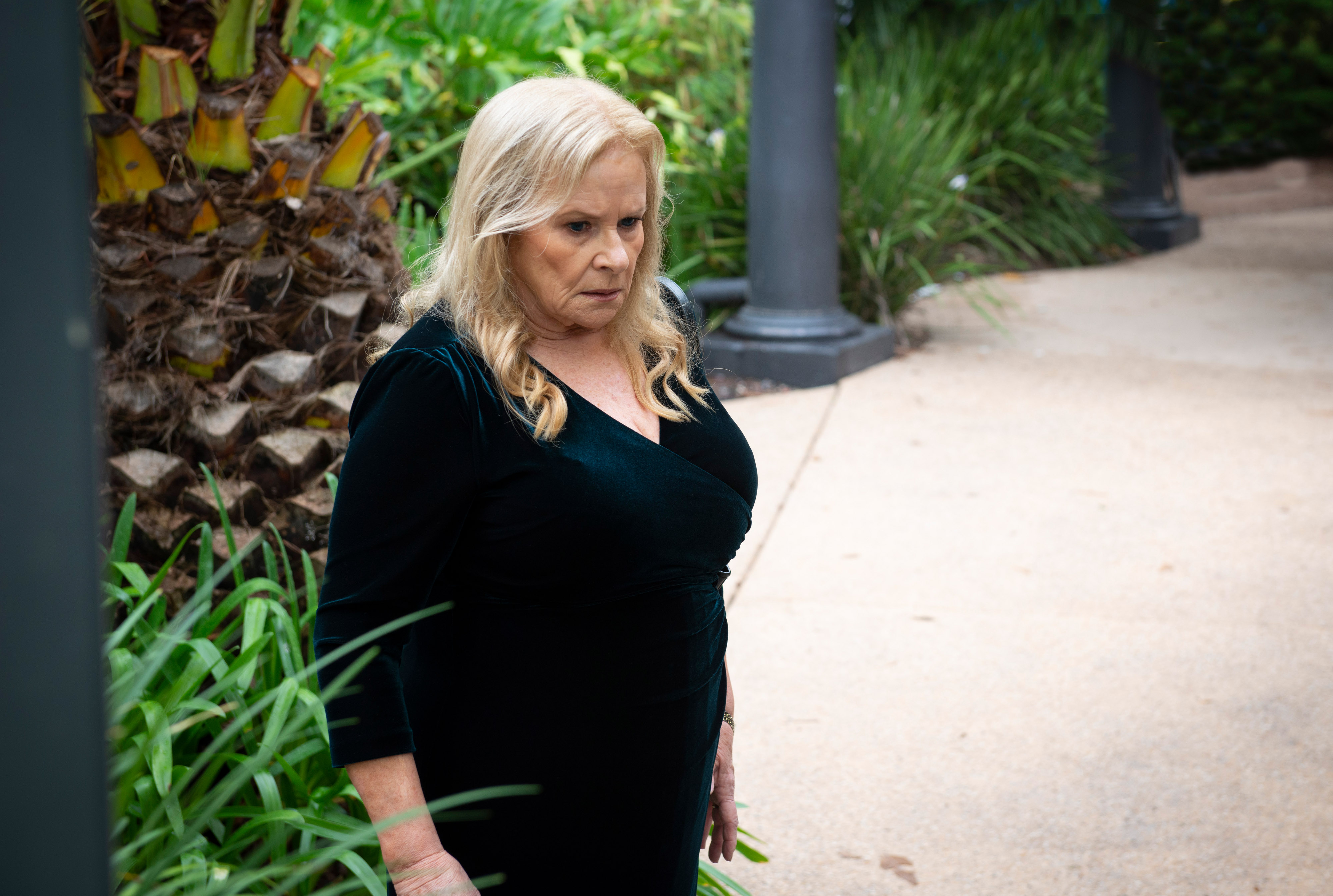 Things are getting spicy in Neighbours this week. The smell of sex is lingering in the air as the horn rages through the locals. That is, until Sheila gets involved. That’s enough to kill any libido.

Roxy (Zima Anderson) and Kyle (Chris Milligan) find themselves in a tricky situation when Sheila (Colette Mann) takes it upon herself to spice up their sex life for them. It’s the advice no one wanted. How will they cope?

In the same vein, Karl (Alan Fletcher) and Susan (Jackie Woodburne) decide it’s their place to help Hendrix (Benny Turland) and Mackenzie (Georgie Stone) enjoy the fruits of the flesh. No, just no.

The sex lives of the poly group are about to get tricky when not only does Ned (Ben Hall) and Felicity’s (Isabella Giovinazzo) plot to break up the thruple get exposed, but also Levi (Richie Morris) drops an embarrassing little bombshell that could threaten everything.

Elsewhere, there’s horror when Nicolette (Charlotte Chimes) discovers someone is spying on her, and Terese (Rebekah Elmaloglou) has a strange encounter when her alcoholism inadvertently leads her to finding Paul’s (Stefan Dennis) long-lost brother.

Here’s what’s ahead in Neighbours.

Just what everybody wants, sex tips from their Gran. Kyle might be dealing with the shock of his cancer diagnosis and subsequent treatment, but it’s nothing compared to Sheila giving him unsolicited intimacy coaching. It’s enough to make him vom into the window box. Sheila is worried for the couple as to her they are behaving distant, so she takes it upon herself to save their relationship. She has no idea the real reason for their behaviour is Kyle’s health. Eager to do her bit to help get them back on track, Sheila digs into her years of sexperience and tries to impart some wisdom on the young couple.

More unsolicited sex advice comes from Susan and Karl this week. To be fair, she and Karl are sexperts in their own right, having spent years curating their little blue box of filth, as well as the fact they have managed to save their marriage more times than they’ve had not dinners, which must have something to do with their bedroom activities. Hendrix and Mackenzie have an awkward encounter when, just as they’re getting down to it, Toadie walks in on them. He runs away in embarrassment, but when Susan and Karl get wind of it, they jump in to help (not literally, that would be horrifying). They say the couple are welcome to explore their relationship under their roof, which is both kind and unbelievably gross all rolled into one.

Nicolette is sorting things out in the nursery when she makes a shock discovery – there is a camera hidden inside Baby Isla’s teddy bear. She is disgusted and horrified, who is spying on her? She immediately confronts Aaron and David, accusing them of mistrust, but they adamantly deny it. They had nothing to do with the spy bear.  She is not buying it, to her it’s obvious they’re trying to gather evidence against her. But as they maintain their innocence, the question remains – who is spying on her and baby Isla?

Felicity has teamed up with Ned to split up Amy and Levi, and so far, their plan has been working. But unfortunately for them they are not good at being devious and quickly get busted by Levi and Amy. They are absolutely furious, and Ned is quick to apologise. Felicity is not so ready to grovel, causing Levi to back Amy. Ned is now questioning everything; does he even want to be poly? While he’s busy deciding, Levi dumps Felicity and is ready to get their trio back on track. But before they can get too far, Levi has a little bomb to drop…

Kyle is nervous about his surgery and while Roxy’s heart is in the right place in trying to help, she’s not helping. It’s pushing him away and she realises she needs to listen to what he needs.

After the surgery, Kyle wakes up to the bad news of the situation and unable to handle the emotions, takes it out on Roxy. Hurt and upset herself, Roxy blabs to Sheila about what’s been going on in its entirety so that Sheila now knows about the cancer. Kyle is mortified that she betrayed his trust, and they have a painful heart to heart. Sheila can see how this is tearing the young couple apart and has an idea, that they use honesty boxes to communicate so that they can calmly share how they really feel.

Spending time with Paul at the conference is enough to drive Terese to drink. She falls off the wagon spectacularly as she turns to the bottle, and ends up in a state on the beach, out of her head on booze. A passing stranger becomes her saviour and recognises she is in no state to help herself.

He gets her back to the safety of her hotel room. Little does she know that the man who has saved her is Paul’s long-lost brother Glen.  Paul is over the moon to have found Glen again, and shocked that he now seems to be able to walk. But is Glen as happy to see his brother? Terese returns home from her ordeal ready to try and move forward, but before she gets too far a familiar face shows up in Ramsay Street – Glen is back, and she’s surprised how happy she is to see him. Are there sparks there?