Janneman Malan hit a maiden hundred and Lungi Ngidi took a career-best 6-58 as South Africa wrapped up a series win over Australia with a six-wicket victory in the second of three ODIs, in Bloemfontein.

SCORECARD | AS IT HAPPENED

Ngidi’s haul, which included the wickets of David Warner (35), Steve Smith (13) and Marnus Labuschagne (0) limited Australia to 271-8, with the tourists losing 6-49 in the final 10 overs of their innings. 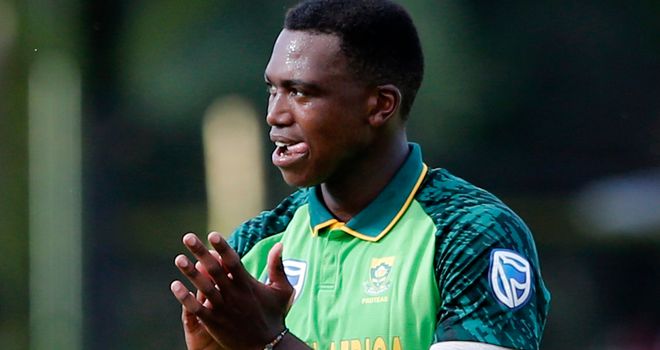 South Africa captain Quinton de Kock (0) was clean bowled by Mitchell Starc in the first over of the run chase but Malan hit 129 not out in just his second ODI, having been dismissed first ball in his first when the Proteas moved 1-0 up in the series in Paarl on Saturday.

Heinrich Klaasen – who struck his first ODI ton during the weekend win – made 51 and David Miller notched an unbeaten 37 and the winning boundary as South Africa reached their target with nine balls remaining to render Saturday’s final ODI in Potchefstroom, live on Sky Sports Cricket from 7.55am, a dead rubber.

Malan – who brought up his ton from 124 balls after being dropped on 83 by Alex Carey off Adam Zampa – shared partnerships of 91, 81 and an unbroken 90 with JJ Smuts (41), Klaasen and Miller respectively.

Australia, for whom Aaron Finch and D’Arcy Short both struck 69, managed three half-century stands of their own – Finch and Warner’s opening salvo of 50 followed by Short and Finch adding 77 and Short and Mitchell Marsh (36) putting on 66.

But their innings was kept in check by Ngidi, who became the seventh South African to take a five-wicket ODI haul against Australia, after Makhaya Ntini, Morne Morkel, Nicky Boje, Shaun Pollock, Lance Klusener, and Richard Snell.

Ngidi – denied a hat-trick by Short after removing Smith and Labuschagne from successive deliveries in the 13th over – also banished Carey (21), Ashton Agar (9) and Pat Cummins (6) as Australia lost a clatter of wickets towards the death and were bowled out in precisely 50 overs.

Watch the third and final ODI, in Potchefstroom, live on Sky Sports Cricket from 7.55am on Saturday.