Making progress. Chrissy Teigen, who has been vocal about her sobriety journey earlier this year, recently celebrated a major milestone on Saturday, September 4.

Sobriety Surprises: Stars Who Revealed They Got Sober

“Today is my 50-day sobriety streak,” the Cravings founder, 35, captioned an Instagram video while attempting to work out with her kids — Luna, 5, and Miles, 3. “It should be nearly a year but I had a few (wine) hiccups in the road. This is my longest streak yet!”

She continued in her post, “I still dunno if I’ll never drink again but I do know it no longer serves me in ANY way. I don’t get more fun, I don’t dance, I don’t get relaxed. I get sick, fall asleep and wake up sick, having missed what was probably a fun night.” 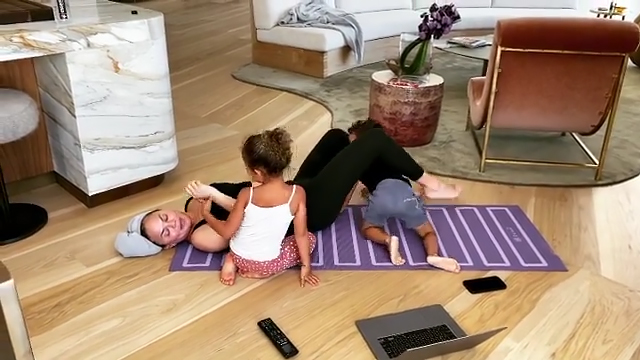 The Lip Sync Battle cohost noted that she’s “had her fun” with drinking but feels better now that she’s gotten sober. She also urged her followers who drink to “enjoy it responsibly.”

Last month, the former model reflected on taking her “first sober” trip to Italy with husband John Legend, seven months after confessing that she gave up alcohol. She gushed over their whirlwind getaway via Instagram in August, alongside a gallery of snapshots from the getaway.

“THANK YOU @alanavanderaa @hairinel @novakaplan for making me feel like the Luigi’s mansion character I deserved,” she wrote at the time. “But really thanks for making me feel so pretty and helping me along in my quest to have my first sober Italian getaway.”

After her Italian getaway, the Cravings author also reflected on her sobriety progress.

“I hate the word sober by the way, it’s so rehab/medical,” she noted. “Anyhow, honestly it was so so trippy being sober at something you typically would have been wasted at. That paired with all the crazy hot young models and club dudes and seeing your young self over and over, oh man it was crazy. Anyhow I dunno. I’m rambling.”

The cookbook author announced that she was “four weeks sober” in December 2020 via Instagram. She responded to a fan’s comment on a dancing video after they mentioned wanting “whatever drugs” she was on. Later that month, Teigen shared that Holly Whitaker’s book, Quit Like a Woman, inspired her sobriety journey.

“One month ago, on my birthday, I got this book from my doctor and friend,” Teigen wrote via Instagram Story at the time. “I was done with making an ass of myself in front of people (I’m still embarrassed), tired of day drinking and feeling like s—t by 6, not being able to sleep. I have been sober ever since.”