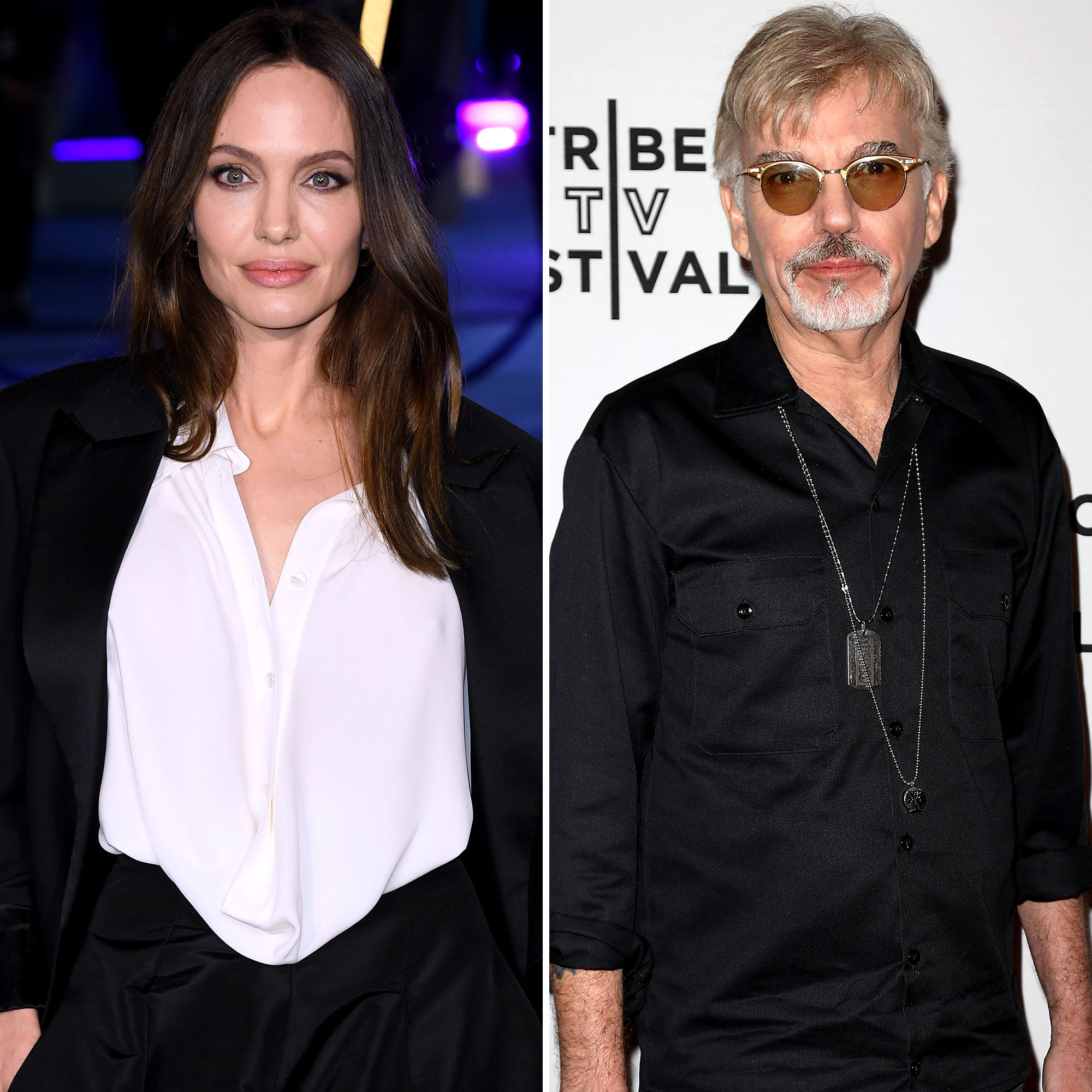 Staying friendly! Though it’s been almost 19 years since Angelina Jolie and Billy Bob Thornton called it quits, she still remains on good terms with his children.

“To this day, she still sends me Christmas gifts every year and stuff like that,” Harry Thornton, the son of the 66-year-old Arkansas native, told Entertainment Tonight on Wednesday, January 12. “I don’t talk to her on the phone every day but every now and then we talk. She was so cool!”

The Relatively Famous: Ranch Rules star, 27, opened up about his bond with the Eternals actress, 46, back when she was his stepmother.

“She took us [my siblings, William and Amanda, and I] camping every week and she rented, like, an RV one time, and we went on a full camping trip,” Harry recalled to the outlet. “She was just so fun for us back when we were, like, younger. Like, she was a lot of fun.”

Jolie was previously married to the Sling Blade actor — who shares sons Harry and William with ex-wife Pietra Dawn Cherniak, Amanda with ex-wife Melissa Lee Gatlin and his youngest daughter, Bella, with wife Connie Angland — from May 2000 to May 2003.

“I never felt good enough for her,” Billy Bob previously told GQ in November 2016 about their split, noting that Jolie’s passion for global politics and humanitarian causes clashed with his easygoing lifestyle. “I’m real uncomfortable around rich and important people. I like how I am.”

Over the years, the exes have remained cordial with one another and their respective broods. (The Salt actress, for her part, shares Maddox, 20, Pax, 18, Zahara, 16, Shiloh, 15, and twins Knox and Vivienne, 13, with ex-husband Brad Pitt.)

“We’re good friends. We’ve been friends for years and years and years,” Billy Bob exclusively told Us Weekly in September 2019. “So we keep up with each other. She’s not in town a lot, so we don’t see each other much, but we talk.”

Celebrities Who Are Great at Gift-Giving

The pair first debuted their whirlwind romance in June 2000, with the Bad Santa actor gushing to Us at the time, “Honestly, and it’s like a big statement to make, she’s truly the only person who I can actually say I love and respect everything about her.”

After their quick nuptials, the pair’s romance made headlines after the Maleficent actress had “Billy Bob” tattooed on her left arm and they admitted to wearing vials of one another’s blood around their necks.

“The necklaces were a very simple thing,” the Goliath alum later explained during a June 2018 appearance on the “HFPA In Conversation” podcast. “‘Hey, let’s poke our finger with a pin and smear a little on there, and when we’re away from each other, we’ll wear the necklace.’ That was that easy, but by the time it came out in the press, it sounded like we were wearing a bucket of blood around our necks.”