Home » Lifestyle » Sky Q customers could see their bills rise next month, thanks to Disney 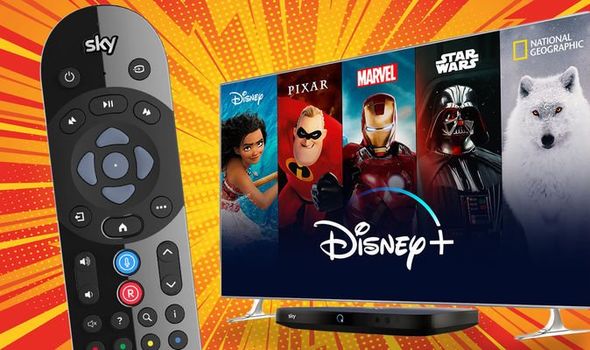 Sky Q customers who pay for their Disney+ subscription on their monthly Sky TV bill should expect to see a bigger chunk of change leaving their current account in the coming weeks. That’s because Disney is increasingly the price of its video on-demand service, which launched in the UK in March 24, 2020, to rival Netflix, Prime Video and Apple TV+. Existing subscribers will be given six months grace before the price rise, while new subscribers to the service – whether they sign-up direct from Disney or with Sky TV – will have to pay the new fee from February 23, 2021.

Disney+ will rise from £7.99 a month – a price rise of £2 compared with the £5.99 a month subscription cost since Disney+ launched last year. While that might seem like a pretty modest rise, it’s one of a number of increases that movie fans will see in the coming months. Streaming rival Netflix has also announced an increase of £2 for some of its monthly plans, meaning subscribers of both video services will need to cough up roughly £50 extra to continue to be able to watch shows and films on both Netflix and Disney+. Both of these subscription services can be added to your Sky Q bill too.

Sky says this makes it easier for customers as it consolidates all of their telly bills into a single payment once a month. Not only that, Disney+ shows and films will be deeply integrated into the Sky Q, including when searching using the Sky Q Voice Remote – so you’ll be able to see if a title is included in your subscription instead of renting from the Sky Store.

Those signing up to Disney+ for the first time on February 23 will be charged £7.99 a month, regardless of whether they’re subscribing for the first time on Sky or from Disney’s own website, while anyone who already holds an account won’t have to pay that increased monthly cost until August 23, 2021. And Disney has confirmed those who purchase an annual plan before February 23 will be able to watch for an entire year at a reduced cost.

Like Netflix, which announced its price rise alongside a slate for the next year brimming with new series and lavishly-produced movies, Disney has previewed a truckload of content for those who stick with the increased subscription cost over the next year. 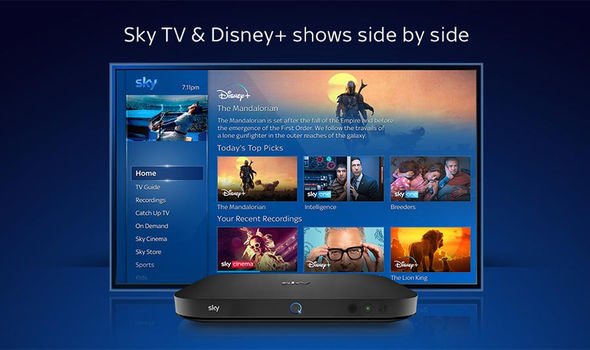 The House Of Mouse has already given the thumbs up to some 10 original shows set in the Star Wars universe, sparked by the colossal success of The Mandalorian. Not only that, but a further 10 original Disney+ series will be interwoven with the Marvel Cinematic Universe, which has already spanned 23 outings in multiplexes worldwide with a further 14 to come. Dozens more series based on properties from Pixar and Disney Animation will follow in the coming months and years, Disney has confirmed.

But perhaps most excitingly of all, Disney has announced that it will bring an entirely new streaming service within its existing Disney+ app. Dubbed Star, the new option will be home to more “mature” content commissioned by Walt Disney, including shows and movies acquired when it bought 20th Century Studios back in March 2019. According to the Hollywood giant, the introduction of Star in the UK, mainland Europe, and other markets worldwide will roughly “double the amount of content” available on Disney+.

The Mandalorian: Disney+ recaps events of the first series

UK fans will be among the first in the world to stream content from Star, when it appears in the Disney+ app on February 23, 2021.

Star will appear as a separate tile on the homepage of the Disney+ app. Disney+ already has standalone tiles to access Marvel, Star Wars, Disney, Pixar and National Geographic content, so the arrival of the new option won’t require a redesign or anything drastic. Those with younger viewers at home can lock access to Star by opting out of mature content. Certain shows and films can also be blocked using an age rating feature, Disney has confirmed.

Star will host two original series at launch – Love, Victor, which is a television show spin-off to the hugely-successful 2018 film Love, Simon, and Big Sky, a detective thriller from Big Little Lies creator David E. Kelley. Other series and films due to land on Star include Kiefer Sutherland’s 24, supernatural mystery Lost, popular comedy-drama Desperate Housewives,, How I Met Your Mother, Prison Break, The X-Files, Atlanta, Black-ish and Die Hard. The Kingsmen and Planet Of The Apes film franchises are also widely-tipped to land soon.