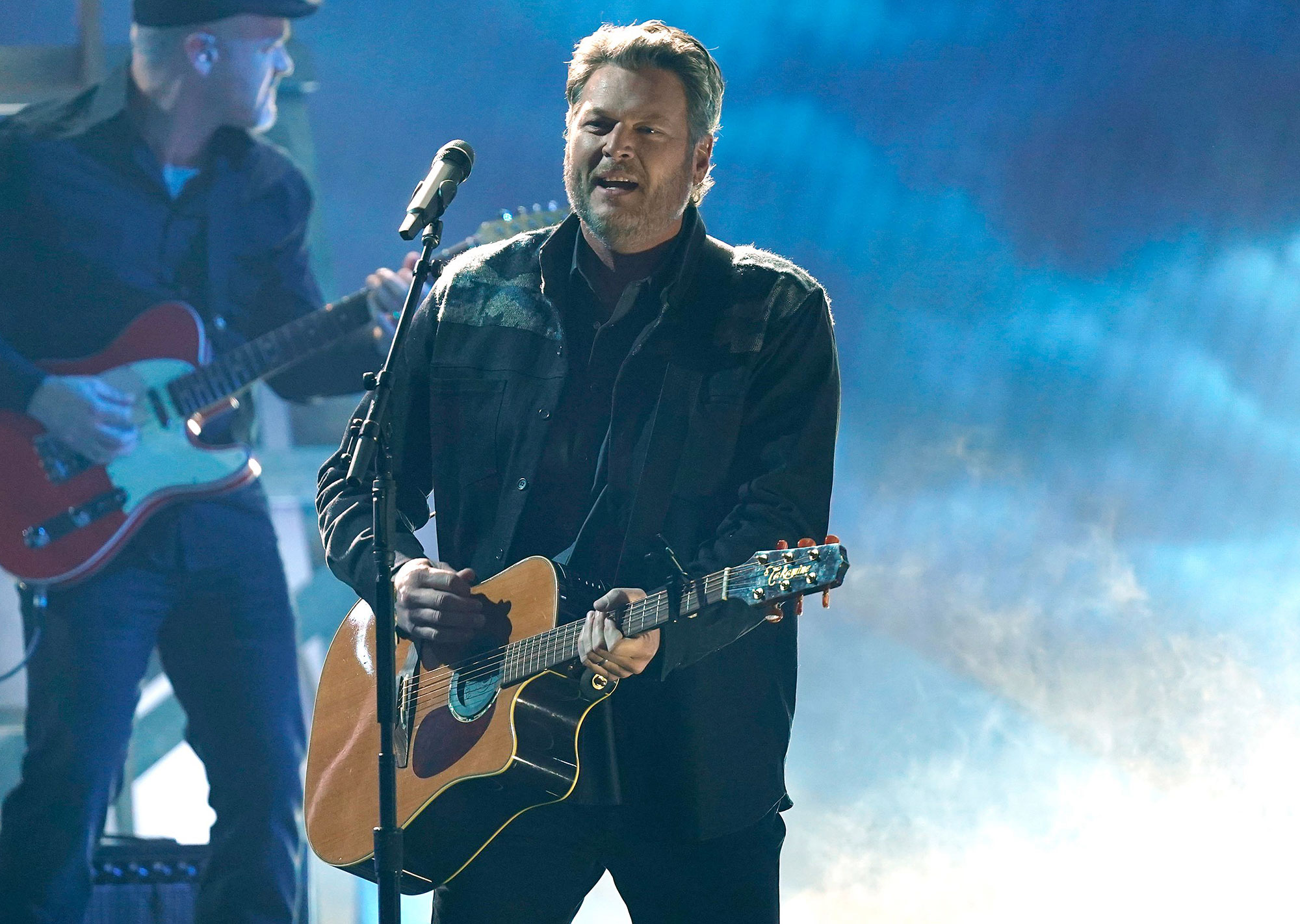 Slaying it solo. Blake Shelton showed off his gritty side at the 2021 Country Music Association Awards on Wednesday, November 10.

See What the Stars Wore on the 2021 CMAs Red Carpet

The crooner, 45, performed his single “Come Back as a Country Boy” during the ceremony. He wore an all-black ensemble and played his guitar with a stormy backdrop behind him. His wife, Gwen Stefani, did not appear to be in attendance at the Nashville, Tennessee, event.

Shelton’s ex-wife Miranda Lambert opened the awards show with a medley of her greatest hits. The pair began dating in 2006 and got engaged in May 2010. They tied the knot in May 2011 but announced their split in July 2015.

The country music stars frequently attend the same events since they work in the same industry, but they usually manage to avoid interacting with each other. For instance, an eyewitness told Us Weekly in November 2019 that “everyone stood up for Blake at the end of his performance” during the 2019 CMA Awards except the Pistol Annies member, 38, and her husband, Brendan McLoughlin. Shelton and Gwen Stefani, however, “were nodding their heads” during Lambert’s turn on stage, per the onlooker.

Blake Shelton and Miranda Lambert: The Way They Were

Shelton revealed in June 2018 that he and Stefani, 52, bonded over their respective divorces early in their relationship. (She was previously married to Gavin Rossdale — with whom she shares sons Kingston, 15, Zuma, 13, and Apollo, 7 — from 2002 to 2016.)

Lambert, for her part, reflected on her divorce from Shelton during a January 2020 concert in Tennessee’s capital. “I feel like Nashville is somewhere where you can go if you need to be a dreamer and not be judged about it. I spent a lot of time here on highs and lows. … I went through a really hard time in my life,” she told the audience. “I moved here in 2015 in the middle of a s–t show, but I was lifted up by people who were like, ‘We got you, girl.’ My friends and my songwriters and my fans and everybody here.”

The Grammy winner shared a rare memory from her marriage to the “God’s Country” crooner in March. “My ex-husband, Blake, had lost a brother and it’s one of those moments where even if you’re married to someone, sometimes you find something new about them,” she explained during an episode of “Essentials Radio” on Apple Music. “Dudes don’t open up about things, but he started telling me about the experience of it all.”

Lambert offered to cowrite her 2011 song “Over You” with Shelton to help him work through his grief. She noted, “It was really a special moment and I’m so glad we shared that song and that it helped his family heal, to have that together.”