It was announced on Friday that after testing positive for THC (a chemical found in cannabis), Sha’Carri Richardson, champion sprinter and 2021 Olympic hopeful, accepted a 30-day suspension that would keep her from racing the 100-meter in Tokyo. The 21-year-old made headlines after winning the 100-meter sprint at the U.S. track and field trials in Oregon last month — clocking a 10.86 second time — but, per regulations, her positive test erased her trial time for the record. 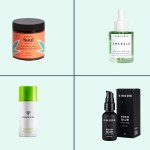 The Chillest CBD Gifts for Your Cannabis-Loving Friends

Following news of the test results, Richardson tweeted out “I am human,” and later shared personal insight into why she used cannabis during that period: she was coping with the sudden death of her biological mother. Richardson was raised by her grandmother and has touched on the complicated relationship she had with her birth mother but said that she only heard word of her death from a reporter during an interview, which was a deeply upsetting experience.

“I was definitely triggered and blinded by emotions, blinded by badness, and hurting, and hiding hurt,” she told TODAY in an interview. “I know I can’t hide myself, so in some type of way, I was trying to hide my pain.”

While cannabis (recreational and medicinal) is legal in Oregon, where the trials were held, and national attitudes toward cannabis use are improving, the Olympics are notably a bit harder on use of cannabis than other professional sports. Per the Associated Press, regulators “relaxed the threshold” for a positive marijuana test after the London Olympics, bringing it from 15 nanograms per milliliter to 150, with the hopes that it would only detect use during the competition rather than in the days and weeks leading up to it.

Per the U.S. Anti-Doping Agency, “all synthetic and naturally occurring cannabinoids are prohibited in-competition, except for cannabidiol (CBD)” due to research on its potential health benefits. It should be noted that CBD and other cannabis products are still deeply under-researched — and products containing CBD, CBG and, yes, even THC, are seen as having potential benefits for various conditions from arthritis and inflammation to mental health.  This cannabis research gap absolutely informs systemic and cultural attitudes about cannabis use — despite more and more individuals opening up about how using cannabis fits into their life.

USA Track and Field (USATF) said in a statement that Richardson’s “situation is incredibly unfortunate and devastating for everyone involved” and the U.S. Olympic and Paralympic Committee stated they would be working with USATF to determine next steps.

As Richardson’s suspension ends after the 100m race, it’s expected that another US runner will take her place. However, the relays are expected to take place after July 27 and it remains to be seen whether she will be allowed to compete in those events.

Understanding that many people might not fully get the situation or approach it with compassion, Richardson called for people to have a bit of empathy — and to remember, again, her humanity: “I just say, don’t judge me and I am human — I’m you, I just happen to run a little faster…They don’t necessarily understand, and I wouldn’t even call them haters.”

Before you go, check out some mental health apps that are affordable and actually helpful: