The doll may look real, but it definitely doesn’t feel it.

One of the most unsettling characters on Apple TV+’s thriller “Servant” isn’t even played by a real person, but a doll made to look like one.

A “reborn doll” named Jericho is at the center of the freaky series, which revolves around a married couple struggling with their grief after their actual baby boy dies under tragic circumstances. Unable to accept her child is dead, Dorothy Turner (Lauren Ambrose) believes the doll is the real deal — but, after hiring a nanny, husband Sean (Toby Kebbell) is shocked to find a live baby in their home. 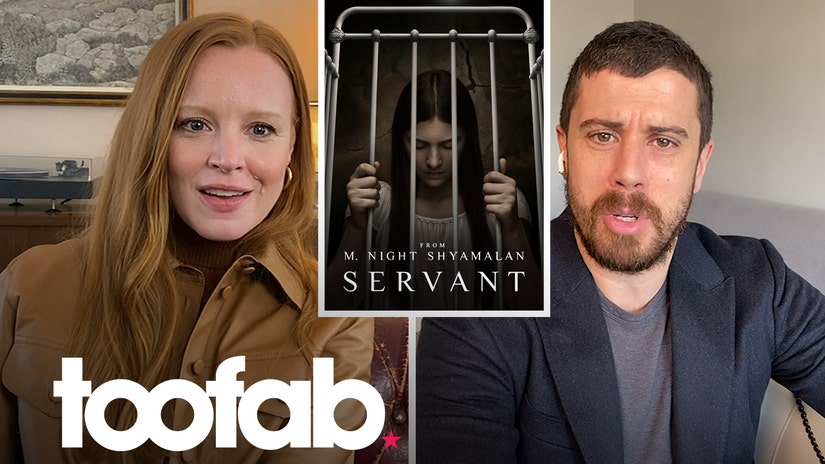 With faux Jericho making a return in the second season, TooFab asked the stars how they reacted to seeing the doll for the first time and just how real it feels on set.

“So we get all dressed up and do a camera test in the costumes and we’re trying to figure out who we are and who our characters are and what we’re doing and all of the sudden they hand me this silicon humanoid doll thing, and it’s fantastic,” recalled Ambrose with a laugh.

“I mean what an amazing prop,” she continued. “You’re really struck upon handling the thing with the incredible artistry. Every eyelash is laid. Every crease, every pore, every little modeled skin bit is drawn and painted on. Every hair is laid just so. So, it’s really this incredible artwork.”

While it may look real, it certainly doesn’t feel it.

“Not when you hold it,” said Kebbell. “But when you see someone else holding it, when they jiggle it and move it and it moves anatomically correctly. It’s creepy. It looks exactly like a real baby.”

“No one’s handling it like a real baby, unless they’re performing, so props hand it to you by one leg, it doesn’t have the respect a baby’s due,” he added.

“And it weighs … I don’t think that it’s nine pounds. It’s gotta be 50 pounds. It’s a lead weight,” Kebbell continued. “So, laying it delicately is way harder than laying the real baby down in a crib. That toy — I’m getting old — I feel like I’m going to throw my back out laying it down gently, ‘Slower, more slowly.’ This thing’s a 1,000 pound weight!”

The first season ended with nanny Leanne leaving the Turner’s home with the mysterious baby, joining her family members in the cult-like Church of Lesser Saints. The second season will delve deeper into Leanne’s true nature and, according to Apple TV+, take a “supernatural turn with a darker future for all” in the cast.

“For Sean’s character, he’s lost all his feelings, sense of smell, taste. He has sight and sound but he’s starting to lose his sense of touch and feeling,” teased Kebbell. “So he has these fractures, these cracks open and he allows the kind of terrible, awful, creepy cult to kind of seep in a little.”

“I feel like the mystery of the show is really the pull between the supernatural and what’s real,” added Ambrose, “and just the difference in perception depending on maybe who’s watching it. That’s always fun to explore.” 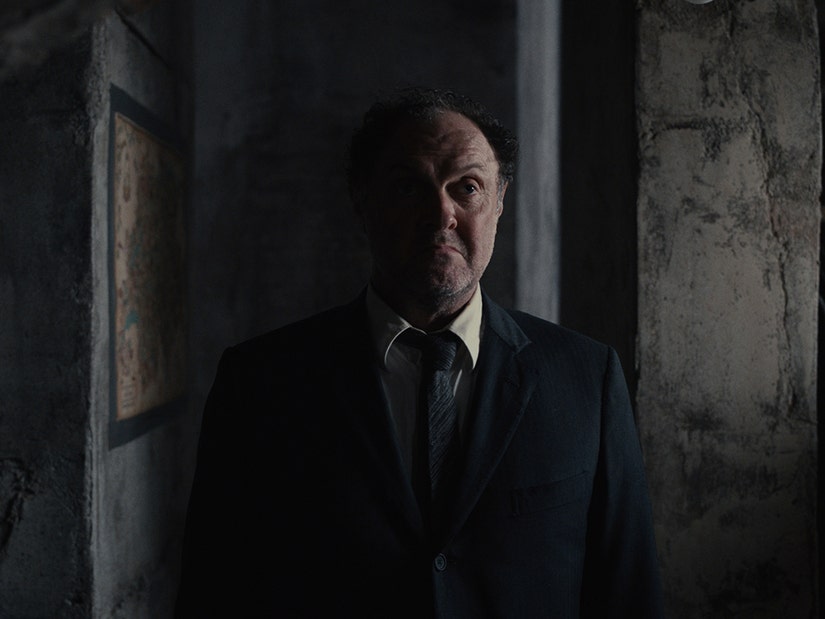 “It was great fun to work with Boris, who plays Uncle George, who’s just perpetually dirty,” Toby said with a laugh. “He just constantly … poor dude’s covered head to toe in makeup and always dirty! He’s gotten to the point where he’s like, ‘Are you going to see my ankles?’ The question is because does he have to make his ankles dirty? He’s getting worn out by all the dirt. But yeah, it was great fun.”