SERGIO AGUERO has revealed he is still friends with maverick Italian ex-team-mate Mario Balotelli despite an argument over his 'Why always me' shirt.

The Manchester City frontman says they have remained in contact despite the different paths their careers have taken eight years after Balotelli’s backdoor exit from the club. 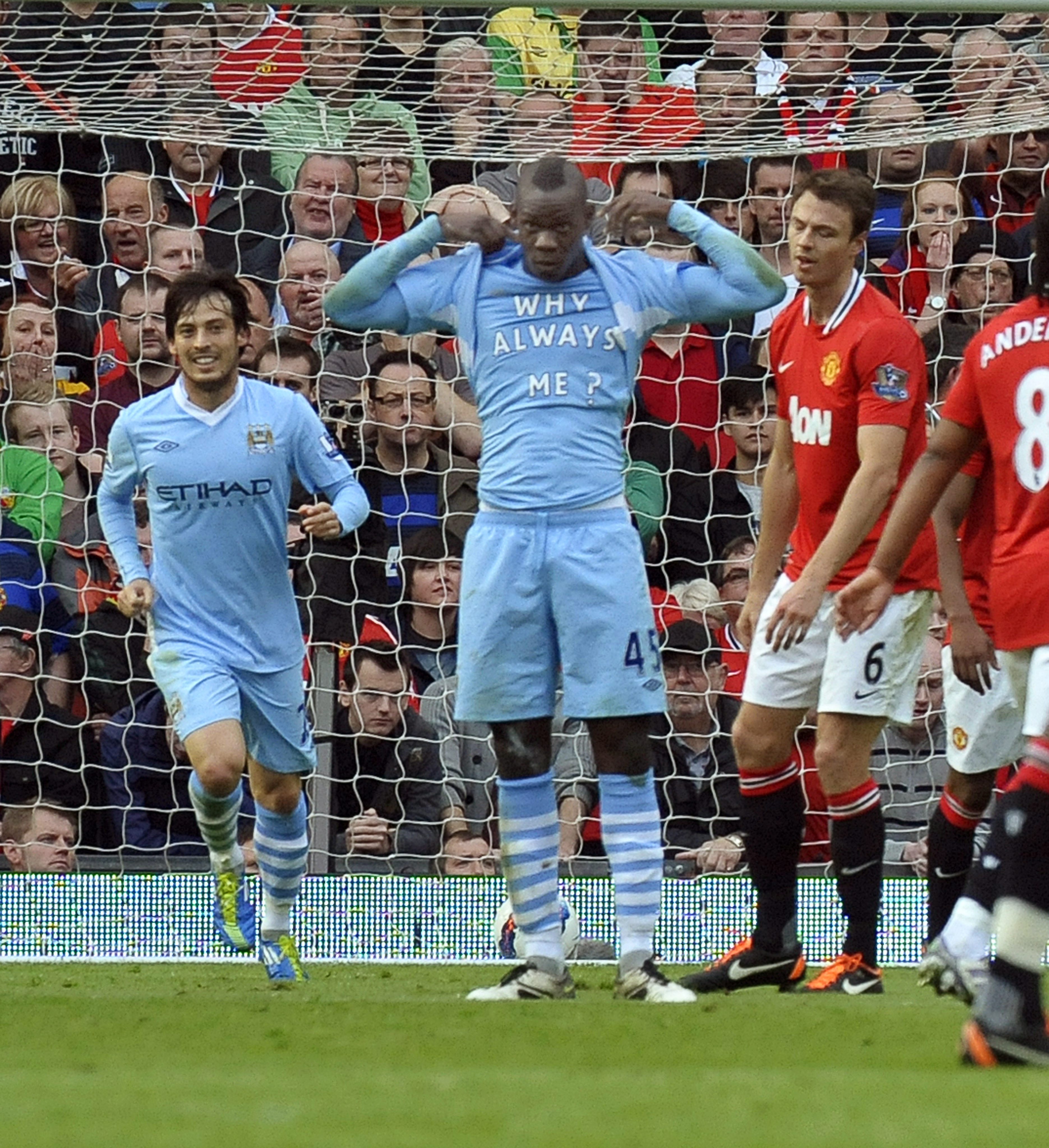 “Balotelli was good and he wasn’t crazy like they say but he was very short-tempered.

“Having a short fuse in football makes you do things you don’t think.”

Aguero, who first lifted the lid on his relationship with his former team-mate in his 2014 book ‘Born to Rise: My Story’, also revealed he tried to get the striker to see sense by getting a friend to put together a scrapbook of his run-ins on and off the pitch.

They included a memorable incident in which the Sicilian-born footballer, now with Serie B side Monza, set his own house on fire by letting off fireworks in his bathroom on the eve of the Manchester derby in October 2011.

Aguero, claiming he wanted to make Balotelli understand he was the architect of his own downfall and had to stop blaming the press, confessed: “I told my pal to get together all the newspaper cuttings with his screw-ups and put them in front of him one day over breakfast."

And after the Italian revealed the infamous 'Why always me' shirt at Old Trafford, Aguero explained: "I told him, ‘Why is it always you? Look’. He took them and said, ’These are lies’, insulted me and threw them away.”

The former Atletico Madrid striker, whose iconic spell with Man City is expected to come to an end when his contract runs out in June, also admitted to a secret car crash soon after he moved to Spain. 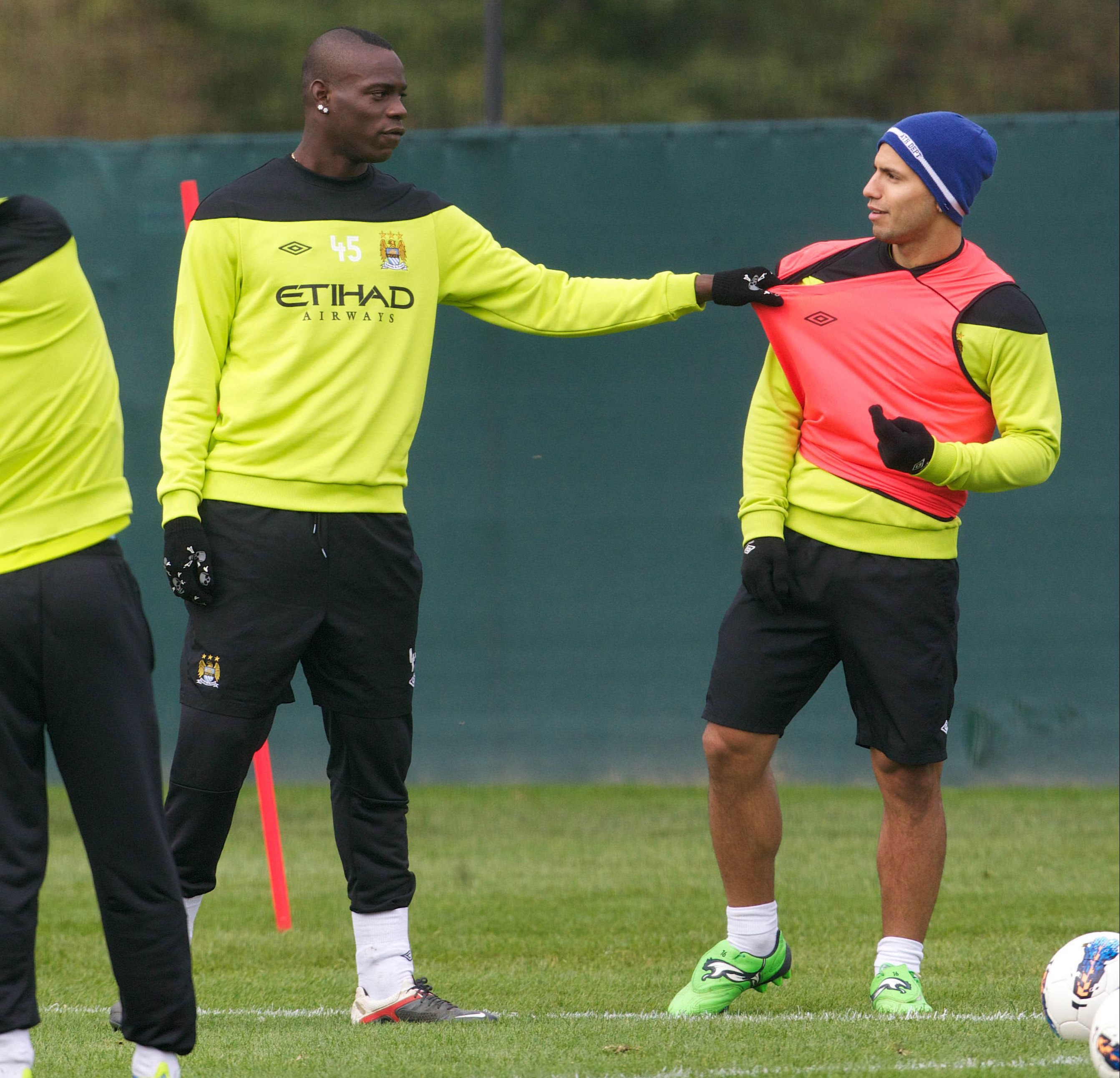 Aguero revealed earlier this year his £361,000 Lamborghini Aventador had cobwebs from sitting in his garage through lack of use.

He had just signed for his old club and was given a chauffeur because he wasn’t allowed to drive himself.

He told Ibai Llanos in an interview about the incident, said to have happened when he didn't have a driving licence: “It was a brand new car, for me it was a Ferrari, and I asked my driver if I could take over.

“He told me to be careful but I wanted to accelerate a bit.

'I WANTED TO DIE'

"There was a bridge behind the Vicente Calderon stadium and unconsciously I looked at the stadium and when I looked ahead of me again all the cars in front of me had braked and I hit an old banger.

Aguero has spoken before about his upbringing in a tough neighbourhood called Villa Itali on the outskirts of Buenos Aires.

He was known by his surname Kun and he also recalled the moment he was held up at gunpoint by a local criminal in his warts and all interview.

He said: “It was foggy and you couldn’t see anything. I was out cycling in a street running alongside where I lived with a friend and I saw someone coming towards me with a gun and saying ‘Give me the bike.’

“I didn’t know him but I said it’s me Kun, I live here you idiot’ and he just replied, ‘Sorry mate.”