Scientists find copper and iron in the brains of deceased Alzheimer’s patients, in discovery that could lead to treatments for the neurodegenerative condition

The ‘unexpected’ discovery of elemental copper and iron in the brains of deceased Alzheimer’s patients has raised hopes of finding new treatments for the condition.

It is the first time elemental metals have been confirmed in human brain tissue, researchers said, and could help better understand how they may be contributing to neurodegenerative diseases such as Parkinson’s and Alzheimer’s.

Although metals can occur naturally in the body, and are vital for health, they are usually stored as compounds in oxidised form. 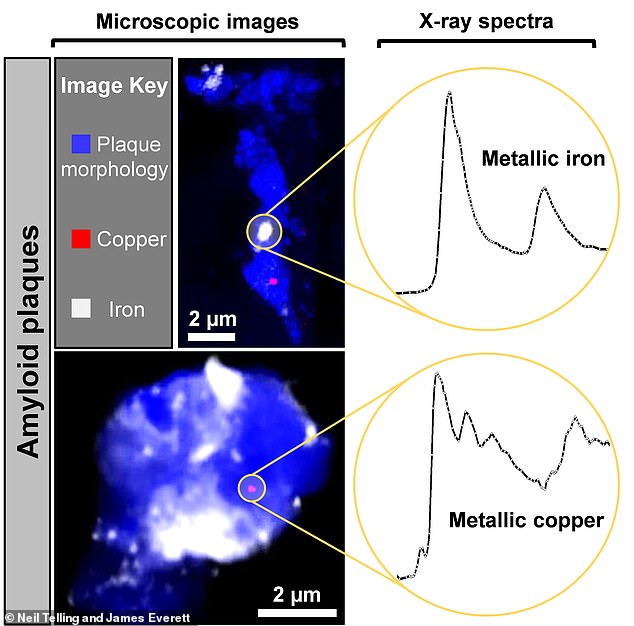 ‘Unexpected’ find: The discovery of elemental copper and iron in the brains of deceased Alzheimer’s patients has raised hopes of finding new treatments for the condition 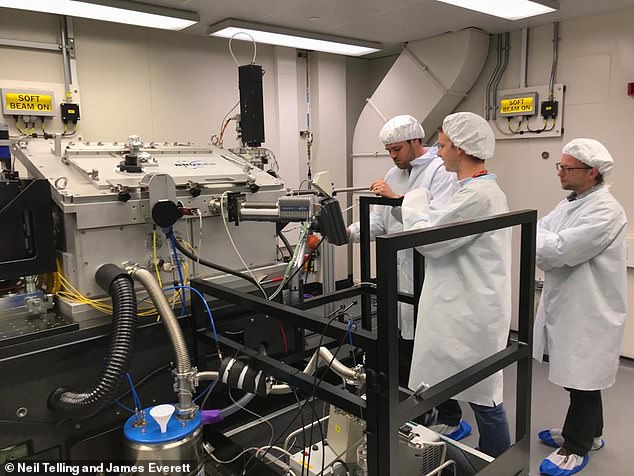 HOW MANY PEOPLE HAVE DEMENTIA?

The charity Alzheimer’s Research UK has described dementia as the greatest health challenge of our time.

Somebody is diagnosed with it every three seconds. It is the biggest killer in some wealthier countries – and is completely untreatable.

Memory loss is the most common feature. Other symptoms can include changes to behaviour, mood and personality.

It can reach the point where people don’t know they need to eat or drink. Globally around 50 million people are currently living with dementia.

But cases are predicted to soar to 130 million by 2050 as populations age.

According to the World Health Organisation, deaths from dementia have doubled since 2000 and dementia is now the fifth biggest killer worldwide.

In England and Wales, one in eight death certificates cite dementia.

Scientists, led by experts at Keele University, found nanoparticles of copper and iron around 1/10,000th the size of a pinhead in the brains of two deceased people with Alzheimer’s.

They were discovered in ‘plaques’ containing harmful proteins, known as amyloid, which are linked to Alzheimer’s disease and often accumulate in the spaces between nerve cells.

The metals were found in ‘chemically reduced states’, including various ionized (where an atom or molecule acquires a negative or positive charge) and elemental forms.

In such states, metals can produce unstable atoms which are toxic to brain cells.

Metal imbalances have previously been linked to the development of dementia and neurodegenerative diseases, however one of the authors of the study said there is ‘absolutely no reason to think that everyday exposure to these metals could cause their presence in the brain’.

Neil Telling, professor of biomedical nanophysics at Keele University, told the PA News agency: ‘In fact, it is not yet clear whether such particles are indeed linked to disease.

‘At the very least their presence indicates that there is much more to learn about the way in which metals are processed in the brain.’

Telling said the discovery of the elemental metals had been ‘unexpected’ but added: ‘It will take considerably more time and further research before this (the findings) could impact on treatments for neurodegenerative diseases like Alzheimer’s disease.

‘For example, by answering ongoing questions regarding how metals interact with the amyloid proteins that the plaques are formed from. 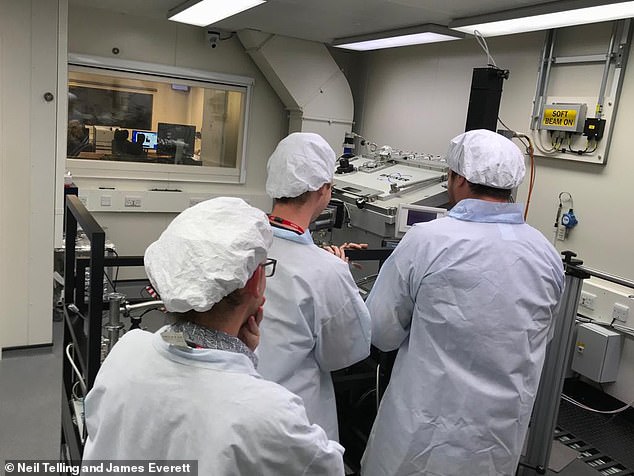 Researchers used facilities in California and Harwell, Oxfordshire (pictured) for the study 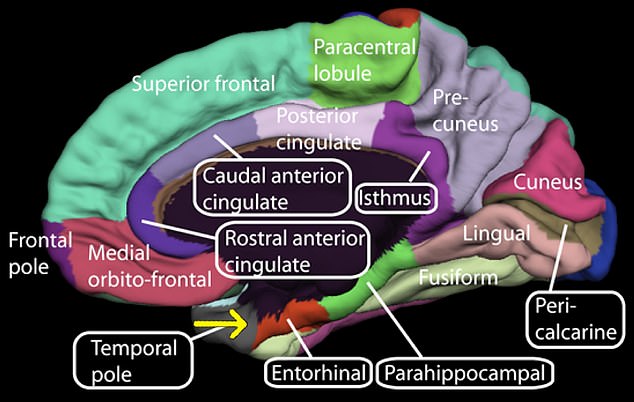 Earlier this year, scientists identified the brain cells that are most vulnerable to Alzheimer’s disease for the first time. They lie in a region known as the entorhinal cortex, which controls memory, navigation and time perception, and are the first to be killed off by the disease

‘Ultimately, this line of research could lead to new treatments that target metals as well as the amyloid proteins currently under consideration.’

Researchers said the discovery could facilitate ‘the development of new therapies to restore metal balance in diseased brains, potentially slowing or preventing the progression of these currently incurable diseases’.

Scientists identified copper and iron in the human brain using intense X-ray beams at facilities in California and Harwell, Oxfordshire.

There are around 850,000 people with dementia in the UK, which is projected to rise to 1.6 million by 2040, according to the Alzheimer’s Society.

Earlier this year scientists identified the brain cells that are most vulnerable to Alzheimer’s disease for the first time, in what was labelled the ‘holy grail’ of dementia studies.

The brain cells lie in a region known as the entorhinal cortex, which controls memory, navigation and time perception, and are the first to be killed off by the disease.

The brain cells are particularly prone to toxic clumps, or ‘tangles’, of a protein called tau that destroys them from within.

Co-senior author Professor Martin Kampmann, of Institute for Neurodegenerative Diseases, said targeting them could stop the disease in its tracks.

The Keele University study was published in the journal Science Advances.

HOW TO DETECT ALZHEIMER’S 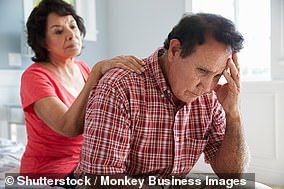 Alzheimer’s is a progressive brain disorder that slowly destroys memory, thinking and the ability to perform simple tasks (stock)

Alzheimer’s disease is a progressive brain disorder that slowly destroys memory, thinking skills and the ability to perform simple tasks.

It is the cause of 60 per cent to 70 per cent of cases of dementia.

The majority of people with Alzheimer’s are aged 65 and older.

It is unknown what causes Alzheimer’s. Those who have the APOE gene are more likely to develop late-onset Alzheimer’s.