Staying out of it. As Erika Jayne and Sutton Stracke‘s friendship took a turn for the worse during season 11 of The Real Housewives of Beverly Hills, their costar Crystal Minkoff thought it was better not to get in the middle.

‘Real Housewives of Beverly Hills’ Season 11 Reunion: Everything We Know

“I understood both sides. That was the moment that I felt like I get why Erica felt that way. Because for me, if someone called me a liar, that is super damaging to my integrity [and] my family’s integrity,” Crystal, 36, exclusively told Us Weekly on Wednesday, September 29, about her castmates’ fight at dinner. “I’m not a liar. So that would be really challenging for me.”

Erika, 50, and her estranged husband, Tom Girardi, made headlines during filming in December 2020 when they were accused of embezzling money meant for families of the victims of a 2018 plane crash. The class action lawsuit came one month after the singer filed for divorce from the former lawyer, 82, after more than 20 years of marriage. 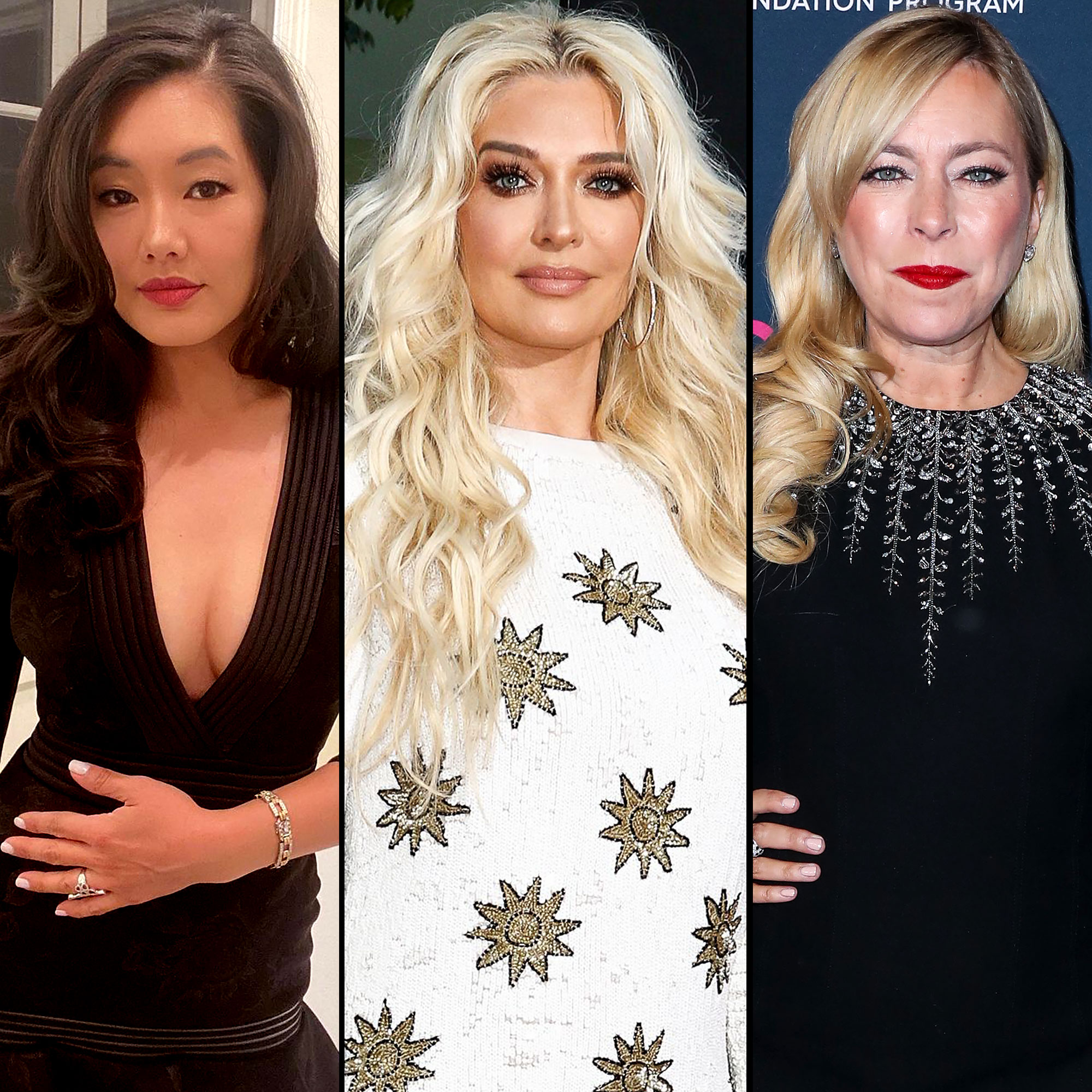 Throughout the season, Erika told her costars that she had no knowledge of any legal issues involving Tom and his law firm. Sutton, 50, found herself at odds with the Broadway star after questioning whether she could be implicated somehow because of her connection to the “Pretty Mess” performer.

“I just needed to understand the rules and the guidelines around that because I don’t want to put myself in jeopardy,” Sutton told Lisa Rinna and Kyle Richards during an August episode of the Bravo series.

Sutton’s worries about being incriminated by association quickly got back to Erika, which led to an argument at dinner. While Crystal understood why Erika was upset with Sutton’s comments, she didn’t agree with the way the Georgia native went about addressing it.

From ‘Housewives’ to ‘Hills,’ Relive the Biggest Reality TV Feuds

“Watching [Erika] yell at [Sutton] … I might’ve left myself, had that happen to me. But this is, like, real stuff. It wasn’t silly fighting. This was really intense [with] the legalities of things,” Crystal told Us. “There was a lot going on, so maybe that’s probably why I was more quiet. To insert myself into such a heavy topic felt unsafe for me as well.”

Although Erika and Sutton didn’t see eye to eye at first, they managed to reach an understanding on the Wednesday episode of RHOBH.

“It’s just been rough, honey. And it’s something that I can’t even f–king predict,” Erika said to Sutton, who replied, “I know. I’m sorry.”

After Erika explained why she “had to lash out,” Sutton mentioned in a confessional that she wasn’t completely sure whether the apology was genuine. Crystal, who has had her own issues with Sutton in the past, told Us that she believes the conversation was a step in the right direction.

“They can be cordial. That’s how Sutton and I got to a good place. You just have to sort of put a band-aid on it and it’s not about being fake. It’s, like, it’s stopping the bleeding essentially,” the Real Coco founder shared with Us. “Then you can start to develop something positively, but you can’t expect to go from zero to 60. It’s unrealistic. So I was happy that … even if it was kind of fake in the moment, to me, what’s not fake is the ultimate intention of what that [apology] means.”

Sutton, for her part, recently stood by her questions about Erika’s claims after a Los Angeles Times article was released with more accusations.

“There were just a few things that I was like, ‘Look, this is what I’ve heard.’ And so I was just bringing that up as a point,” Sutton told Us on Wednesday. “I don’t need to be vindicated at all. That’s not my nature. I don’t need to be proven right. I was just stating facts.”

The Real Housewives of Beverly Hills airs on Bravo Wednesdays at 8 p.m. ET.