Back together! Following Cheryl Burke‘s and Cody Rigsby’s respective positive COVID-19 tests that lead to a remote performance last week, the pair have met up in person ahead of Dancing With the Stars’ two-night Disney-themed performances.

“Reunited and it feels so good! @codyrigsby ❤️,” the Dance Moms alum, 37, shared an Instagram photo of the pair on Saturday, October 9, alongside “boocrew,” “dwts” and “dwts30” hashtags. In the snap, the professional dancer wore an all-black workout outfit and a pair of Minnie Mouse ears. The Peloton instructor, 34, for his part, donned a Goofy hat with an all-black ensemble and a black-and-gold bomber jacket.

Several of the pair’s DWTS costars and former participants even shared their excitement for the pair’s in-person return to the ballroom. 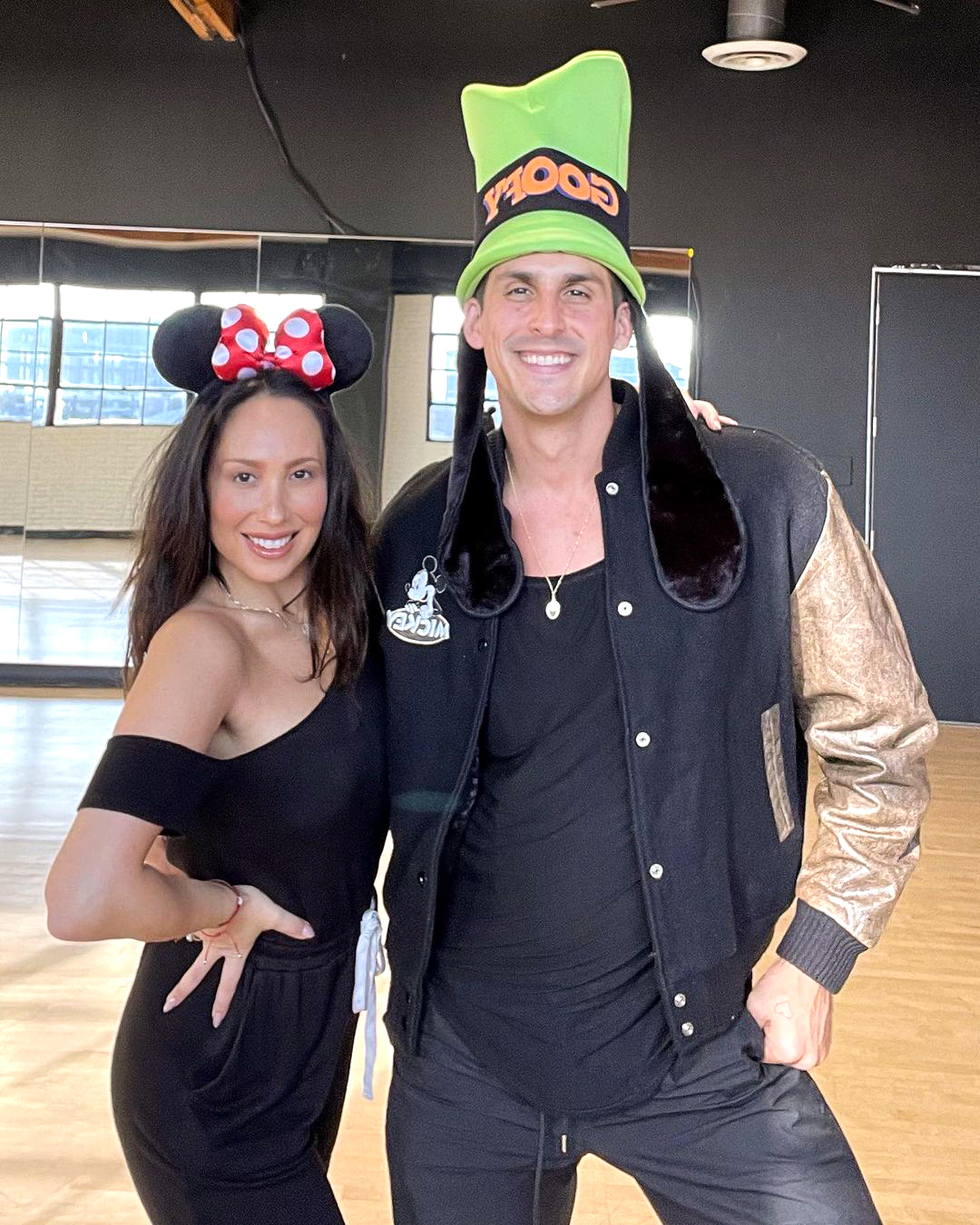 Burke announced she was cleared to return to the ABC stage earlier this week.

“I am back to normal. No more quarantine for me,” she explained via Instagram on Wednesday, October 6. “Unfortunately, Cody is still in quarantine, but he will be back in Los Angeles starting Friday — this Friday — which means we can technically dance on both Monday and Tuesday.”

She continued in her post, “Grateful that we’re healthy, thank you guys for all of the support over the past week and a half or 10 days, it’s been truly an emotional roller-coaster.”

The two-time Mirrorball champ noted via her social media upload that the pair were rehearsing via Zoom but planned to perform in person during the Monday and Tuesday shows. “I’m so excited,” she added. “We’ve got lots of work to do.”

‘Dancing With the Stars’ Season 30: Who’s Back, Who’s Competing and More to Know

The California native first confirmed she had tested positive for the coronavirus on September 27, days before Rigsby also received a positive diagnosis. As a result, the dancing partners performed a Britney Spears-themed jazz number virtually from their respective abodes during the Monday, October 4 episode. They earned an 18 out of 30 from the judges.

“Look, the scores are the scores,” Burke told Us Weekly and other reporters after the Monday show, explaining how she wished the panel had given them more credit for their efforts. “It would have been nice — I could have accepted the sixes if they could have at least acknowledged what was done, what was being done here, you know. There was no, like, ‘Oh, my God, you were not just dancers.’ It was just a lot. And then not knowing if we were dancing until [last] Thursday, you know … it is what it is.”