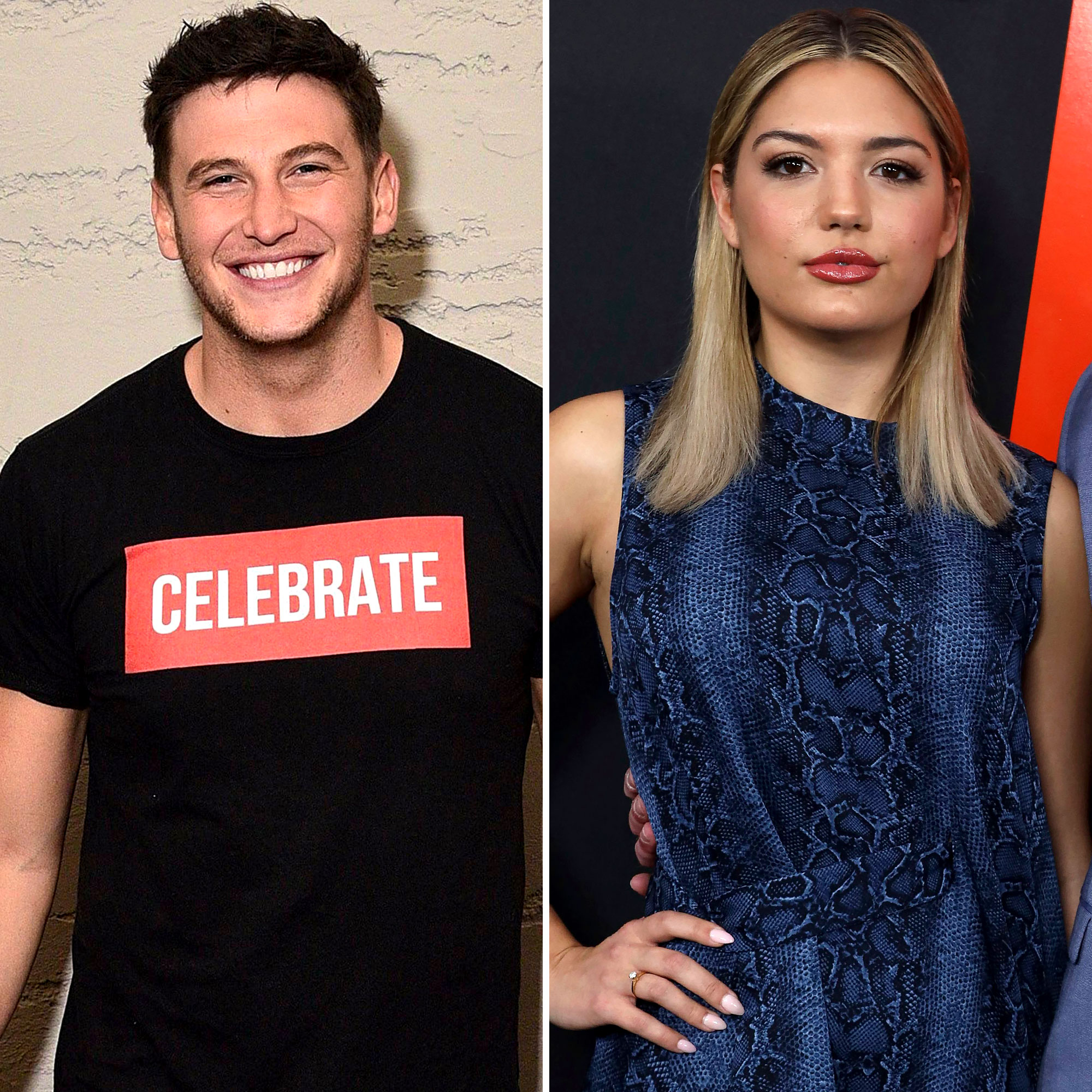 Becca Kufrin’s Season 14 of ‘The Bachelorette’: Where Are They Now?

The Colorado native, 32, and the Netflix personality, 28, are “keeping things private” as they explore their connection, a source tells Us.

Eagle-eyed social media users began to wonder whether a relationship was brewing between the reality stars after they appeared to upload a handful of photos from similar locations, including A5 Steakhouse in Denver, which they both recently tagged in their respective Instagram Stories.

Some fans went even further to connect the dots, spotting Blake’s bathroom and patio furniture in some of Giannina’s Instagram uploads.

The new couple also seemed to pose in front of similar wooden barrels while ringing in 2022. “Repeat after me: I am about to walk into the best year of my life,” the Venezuela native captioned a photo after New Year’s Day, standing in a chic white gown — which some followers believed they saw in the background of one of Blake’s recent Instagram Stories — and black gloves.

Crossover Alert! Reality Stars Who Hooked Up With Stars From Other Shows

The Bachelor in Paradise alum, for his part, asked his fans to share their new year’s resolutions with him, adding, “2022 is gonna be the best year in a while😉.”

Longtime viewers of the Bachelor franchise recognize Blake from his time on season 14 of The Bachelorette, where he was Becca Kufrin‘s runner-up. She ended her journey engaged to Garrett Yrigoyen, but the pair announced their split in September 2020.

Following the end of his ex’s engagement, Blake told Us why he thought some members of Bachelor Nation were “still shipping” him and Becca, 31, after the duo raised eyebrows with flirty social media exchanges.

“The way [she] and Garrett ended — I think people just want to see me and Becca happy, which is a compliment, like, it means a lot,” the “Behind the Rose” podcast host noted in March 2021. “It really, really does. We’re close friends and everything. And we’re, like, always gonna have each other’s back and care for each other.”

Five months later, Blake admitted that he “always thought” Becca and Garrett, 32, were meant to be — and confessed that he was “back in touch” with the Minnesota native before she met current boyfriend Thomas Jacobs on season 7 of Bachelor in Paradise, which began airing in August 2021.

Giannina, for her part, got engaged to Damian Powers during the 2020 debut season of Love Is Blind. In the final episode, Damian, 30, said he couldn’t go through with the wedding, but the twosome still attempted to make their relationship work. By the time the season 1 cast reunited to film last year’s Love Is Blind: After the Altar special, Giannina told E! News they “weren’t in a good place.”

The reality stars eventually called it quits after Damian was linked to Too Hot to Handle‘s Francesca Farago in August 2020. (He denied the dating rumors at the time.) One year later, Giannina hinted that she was ready to move on.

“I’m happy, I’ve been just kind of traveling, living my life, living a nomad life and just seeing where the world is going to take me next,” she told E! News. “Someone said I should go for a soccer player. So, any soccer players who are European and can handle a little spice [I’m ready for]. I love watching football.”

With reporting by Diana Cooper