Looking back on the good ole days! Though Britney Spears is the proud mom of two teenage boys, she is reflecting on her past parenting moments from when they were younger.

The “Toxic” performer’s reflections came weeks after new social media photos of Sean Preston and Jayden — whom she shares with ex-husband Kevin Federline — were posted via Instagram. 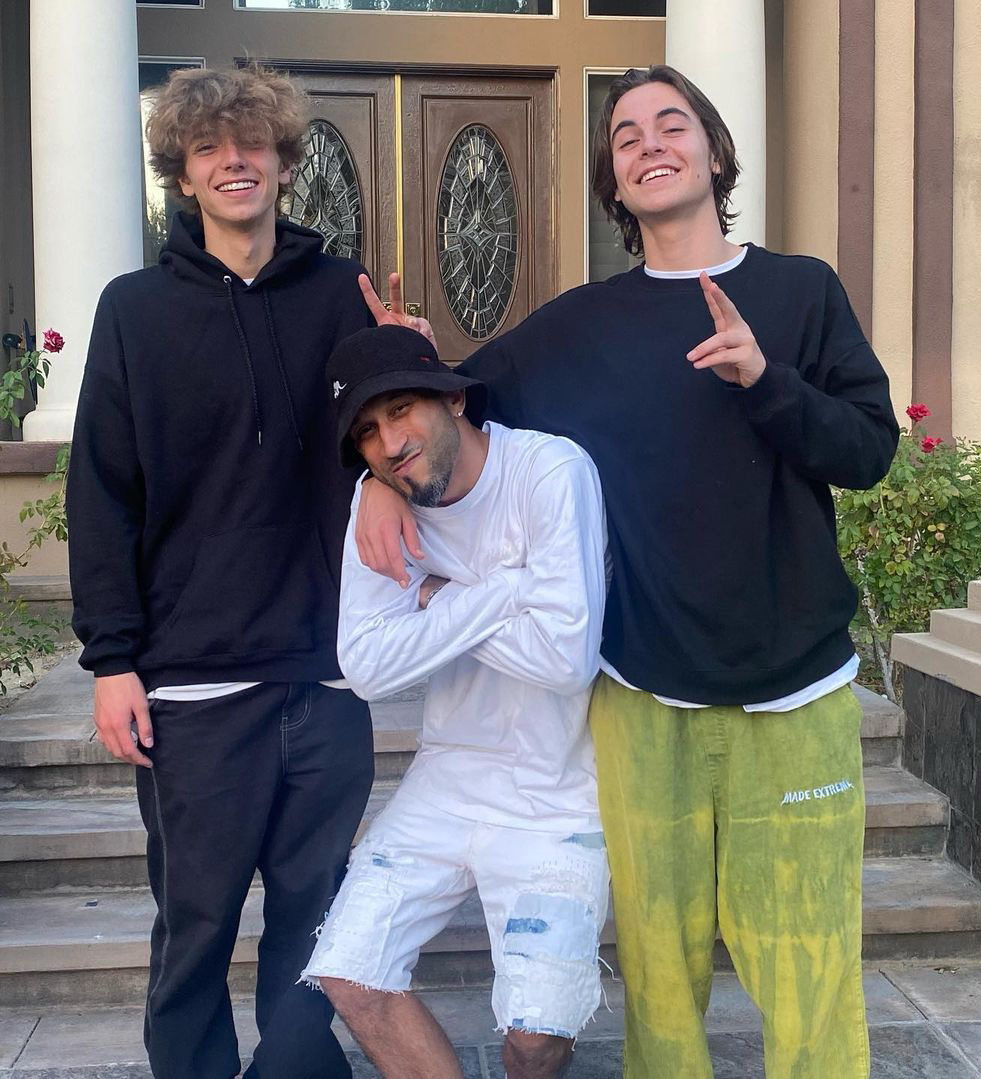 “During times of grief knowing u have #family really feels worth living .. talk about seeing my nephews when they were pods smaller then [sic] my hands now look at #life how beautiful gods work is,” the 43-year-old DJ’s friend Eddie Morales captioned an October 5 snap with the teens. “Love you bro @federlineforreal. … NOW THE WORLD WILL SEE HOW MUCH OF A GREAT #DAD HE HAS BEEN!”

Britney Spears’ Ups and Downs Over the Years

Last month, the Grammy winner gave a detailed update on her “boys” in honor of their recent birthdays.

“Unfortunately they are growing up and want to do their own things,” she wrote via Instagram in September. “I have to ask their permission to post them because they are extremely independent little men 🤷🏼‍♀️😂🥺 !!!”

Spears noted how the family celebrated the two teenagers’ birthdays in her message, alongside the quote, “There is nothing stronger than the love between a mother and son.”

“I will tell you they are both extremely talented and I’m so incredibly blessed to have these two little men in my life ❤️🙏🏼 !!!,” she concluded her post at the time. “And if they’re reading this … which I’m pretty sure they’re not … I love you two little devils so much 😈❤️😈 !!!”

In July, a source previously gushed about the Crossroads star as a mother.

“Britney’s happiest times are when she’s with her boys,” a source exclusively told Us Weekly at the time. “Even with all the rules and restrictions in her life, when she’s with them, all of that fades away.”

The Mickey Mouse Club alum and the rapper tied the knot in October 2004 before welcoming Sean Preston and Jayden in 2005 and 2006, respectively, before their 2007 split. The California native also shares Jordan, 10, with Victoria Prince, and Kori, 19, and Kaleb, 17, with ex Shar Jackson. 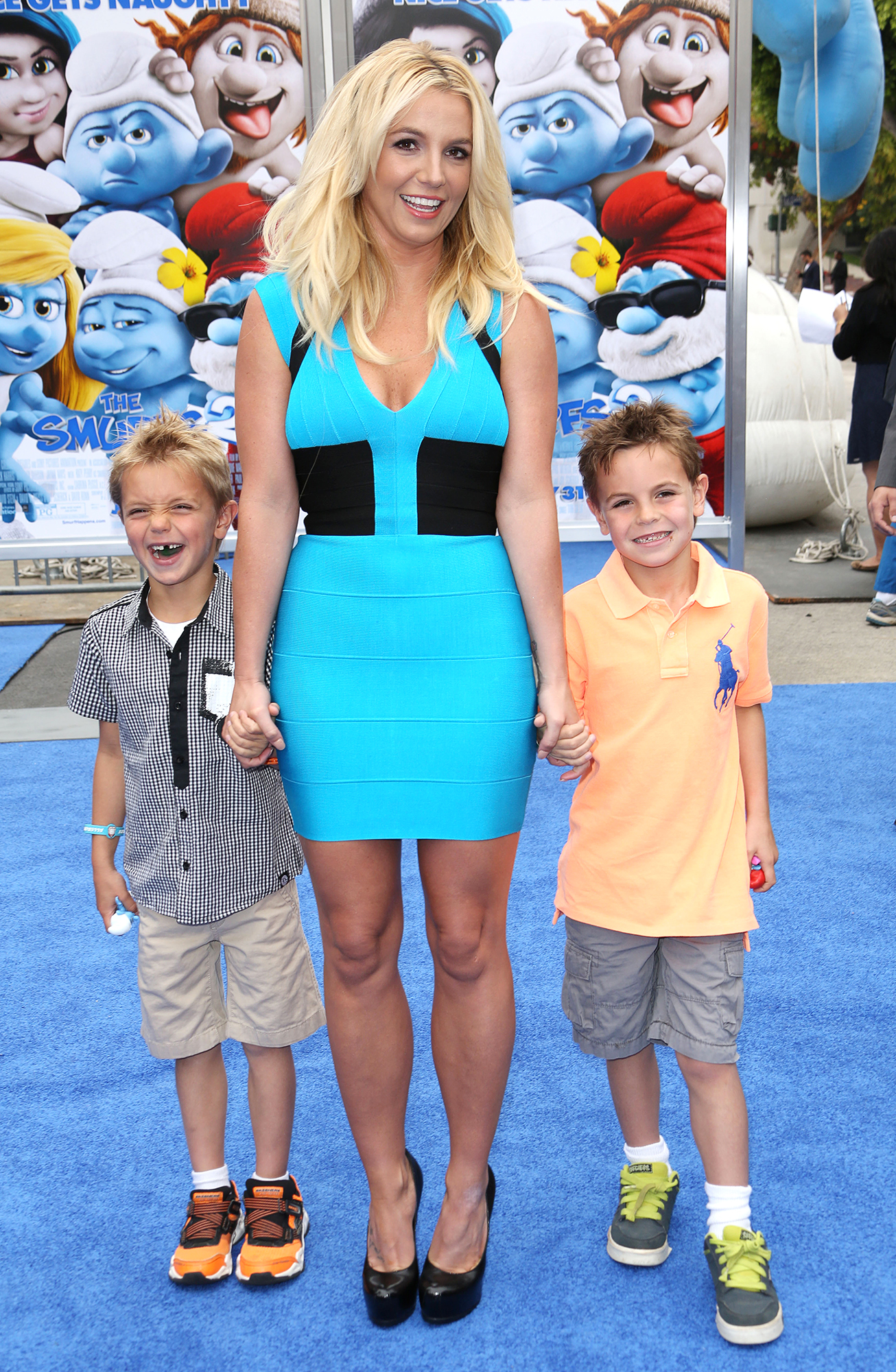 The Princess of Pop, for her part, got engaged to longtime boyfriend Sam Asghari in September amid her ongoing conservatorship case. Later that month, a judge approved her petition to remove father Jamie Spears as the conservator of her estate.

“Mr. Spears loves his daughter Britney unconditionally. For thirteen years, he has tried to do what is in her best interests, whether as a conservator or her father. This started with agreeing to serve as her conservator when she voluntarily entered into the conservatorship,” the 69-year-old’s attorney explained via a statement at the time. “This included helping her revive her career and re-establish a relationship with her children. For anyone who has tried to help a family member dealing with mental health issues, they can appreciate the tremendous amount of daily worry and work this required.”

The “Gimme More” artist broke her silence about the conservatorship during a court hearing in June, telling the judge that she believed her father should be removed from his post while discussing her desire to expand her family.

“I want to be able to get married and have a baby,” she said at the time. “I was told right now in the conservatorship, I’m not able to get married or have a baby, I have an IUD inside of myself right now so I don’t get pregnant. I wanted to take the IUD out so I could start trying to have another baby. But this so-called team won’t let me go to the doctor to take it out because they don’t want me to have … any more children.”