Home » Lifestyle » Progress on Indigenous Voice encouraging, but place in constitution is vital

By May, it will have been five years since more than 250 leading representatives of Aboriginal and Torres Strait Islander people signed the powerful Uluru Statement from the Heart. The eloquent document calls for Voice, Treaty and Truth: three foundation principles that the statement’s authors say require constitutional and structural reforms to create a new, more profound and respectful relationship between Indigenous people and the broader Australian community. 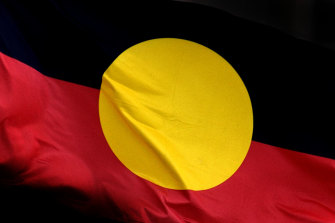 There is tension within the Coalition about whether the national Voice should be enshrined within the constitution.Credit:Ben Plant

Progress, though, has been unhurried, and deliberately so. Getting it right, bringing the Australian community along, winning overwhelming support, is critical to the goal of ensuring Indigenous influence is enshrined within the constitution.

To that end, there has been extensive consultation by Professor Marcia Langton and Tom Calma about how the Voice would look: its potential structure, function and practical capabilities. Indeed, the pair heard from more than 9400 organisations and individuals over a period of 18 months. Their final report has been with the federal government since July. It was at last released on Friday, along with the government’s outline of its plans to implement the first practical steps towards achieving the Voice to government element of the Uluru statement.

To its credit, the Morrison government proposes following the Langton-Calma recommendation to create three tiers of advisory bodies: local, regional and national. The first two could be formulated by July, on an interim basis at least, if legislation were passed in early 2022. These are welcome first steps that have the potential to influence real change. As the Langton-Calma report notes, appropriate funding and resourcing will be essential to their success.

Getting the national advisory body up and running, though, is a different issue again. There is tension within the Coalition about whether the national Voice should be enshrined within the constitution, as the Uluru statement requires, or merely implemented via legislation.

Professor Langton and Mr Calma noted 88 per cent of submissions they fielded had “expressly supported” recognition within the constitution of an Indigenous Voice to Parliament, and such support was consistently strong across all states and territories.

The Coalition under former prime minister Malcolm Turnbull ruled out taking the Voice to a referendum – directly against the advice of the Referendum Council, which deemed the proposed changes “modest, reasonable, unifying” and capable of gaining widespread support.

Prime Minister Scott Morrison, though, has been variously dismissive or at least ambiguous in his commentary. In 2018, he blithely scorned the Voice proposal as akin to “a third chamber” of Parliament – which, in fact, was never the intended structure or purpose. He has also claimed there is no evidence of widespread support for constitutional recognition, which is contrary to surveys in 2017 and 2021.

He has said the constitutional approach is not the Coalition’s policy, while also pointing out that the process had to proceed in two parts. That is, the Voice must be designed before it can possibly be put to the Australian people to gauge their support.

First Nations people have called on all Australians to “walk with us”, to dig deeply and consider seriously the gross injustices and inequity wrought on their people, how that continues today and, most importantly, what they believe is vital to achieving change. The Langton-Calma report noted one of the consistent themes they heard was the need for “a sense of momentum and urgency and a need to move quickly”. That is entirely understandable.

As The Age has said previously, it is imperative that the Voice is protected forever by enshrining it in the nation’s constitution. Doing so would effectively guarantee its security and longevity: it could not be legislated out of existence by the whims of whatever political party happened to be in power. It is an approach supported strongly across the Indigenous community and, indeed, by the Business Council of Australia, which deems it “a necessary pre-condition to closing the gap in Indigenous disadvantage and economic participation”.

The choice is between an enduring constitutional change or a politician’s bill. That will be a matter for the next Parliament to consider very carefully.