Meghan Markle, 38, joined the Royal Family when she married Prince Harry, 35, in 2018 but the pair have since sparked backlash for stepping down as senior members and cutting down on royal engagements. Last night was the first time the British public got to meet “the real Meghan”, according to a body language expert who appeared on This Morning today.

The Duke and Duchess of Sussex attended the annual Endeavour Fund Awards at Mansion House in London last night in their first public appearance after returning to the UK.

It was the first time the couple have carried out a joint public royal duty since they announced their split from the Royal Family in January.

Body language expert Adrianna Carter told This Morning viewers that last night was the first time that Meghan was comfortable enough to show her real personality, she explained: “In the past, we’ve just seen the actress and it’s been very hard to warm to the actress.”

The expert explained that now that she’s appearing to be more like herself the British public will respond more warmly to the Duchess. 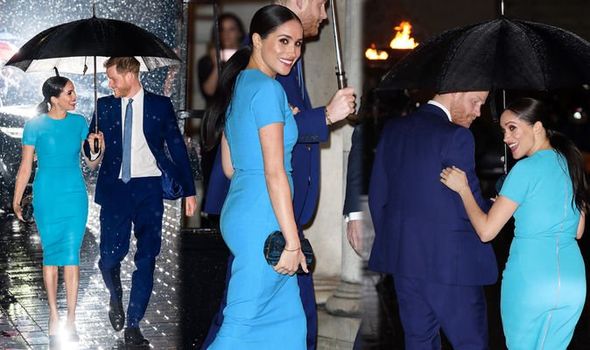 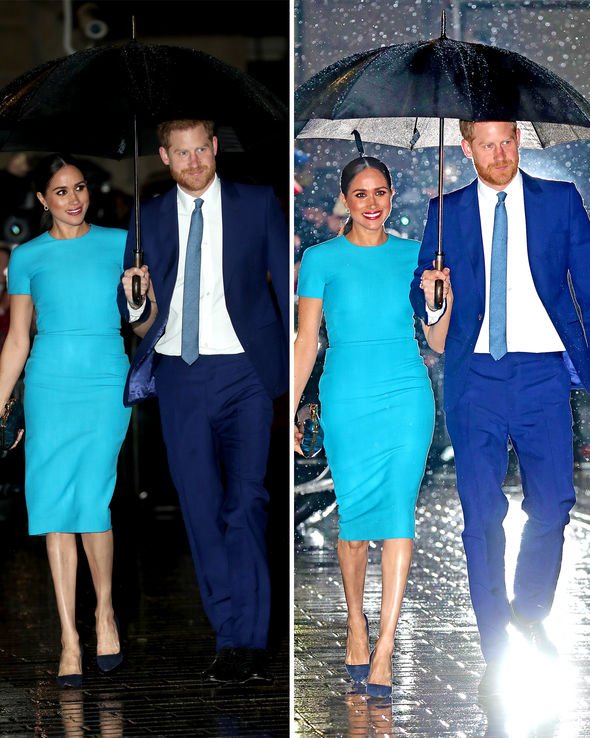 She said: “I think we will see a surge of change from the public point of view towards her, she’s genuine, seems real, and shares genuine smiles.

“Both of their body language is very open, [it shows] they’re very relaxed,” she added.

She continued: “[Meghan’s] body language at the start of January was still quite open then, I think she was on the path she wanted to be on at that point. I think pre-2020 we saw a different Meghan.”

When the expert was questioned further by Eamonn Holmes and Ruth Langsford, on the “hand-holding” displayed by Prince Harry and Meghan Markle last night, the expert revealed it showed aspects of “possessiveness” from Harry.

She said: “So that’s a very possessive hand-holding situation.”

Eamonn then jumped in to ask if the hand holding was “mutually-supportive” but the expert replied: “Harry is reaching to her, so he’s the one that’s more submissive as she’s holding both hands over his.

“So it’s quite possessive but not in a negative way, it’s just that they’re making it very clear that they are a couple and they are very happy.”

She went on to say that Prince Harry seemed particularly excited at the event and overjoyed to have Meghan “on his arm” as the pair settle into their new glamorous lifestyle away from their royal duties. 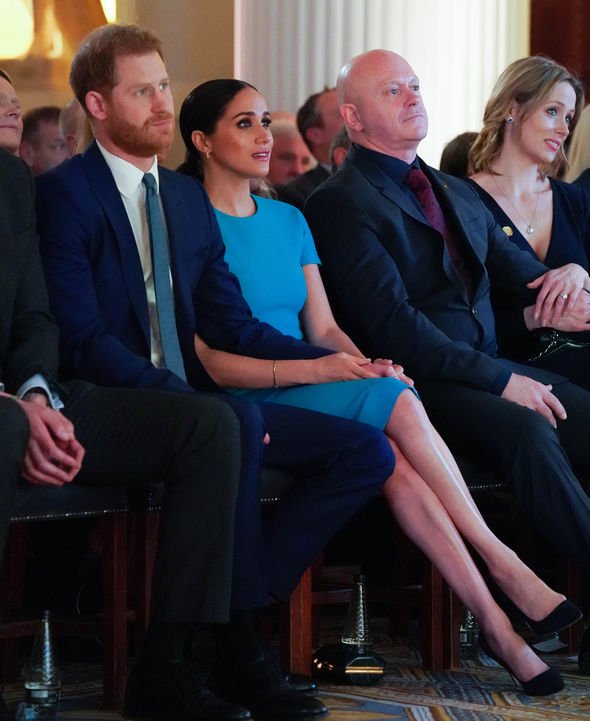 Last night, the couple put on a confident display as they arrived in the pouring rain at London’s Mansion House, smiling broadly as they stepped out of their official car.

The couple certainly seem to have settled into their glamorous US celebrity lifestyle as Meghan wore a turquoise fitted dress designed by Victoria Beckham, as she and Harry arrived in a Range Rover.

Meghan has not been seen in this country since she and Harry made the dramatic announcement that they were quitting public life in early January, much to the reported distress of the Queen.

The Queen was said to be very “upset” and “hurt” by Harry and Meghan’s shocking announcement in January. 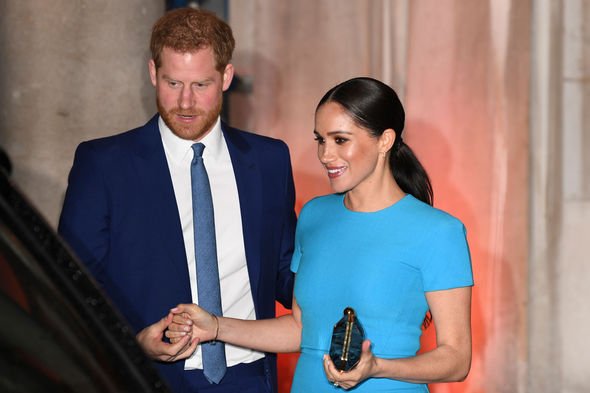 Harry has had to give up his honorary military titles as the couple step back from their royal roles and will no longer officially represent the Queen.

However, the prince intends to retain his links with patronages such as the Endeavour Fund, and the Invictus Games, which he founded.

In his award ceremony speech, he said he was “deeply proud to have served alongside you as Captain Wales”. He also thanked his UK supporters and claimed to “have their backs”.

“A lot of you tonight have told me you have my back, well I’m also here to tell you I’ve always got yours,” he said.

The next celebration the couple will attend, which is taking place on Monday, March 9, is also expected to be the last time the British public will see the couple before they start their new lives after they officially step back from their roles as senior royals on March 31.