Porsha Williams reveals she contemplated suicide as a child

The 57-year-old businessman revealed during the premiere of “Porsha’s Family Matters” on Sunday that his grandfather had 25 wives.

“I come from a family where there was abundant love, but there wasn’t enough to go around,” Guobadia told Williams while out to dinner.

The former “Real Housewives of Atlanta” star, 40, then offered an explanation — “Because there were so many kids, so many wives” — before asking, “How many wives?”

Guobadia responded with a smirk, “Grandaddy? 25.” He then said his father had just two wives.

“Where I come from, there’s nothing abnormal about having different women,” the Nigeria native added. “As a matter of fact, there’s women from my part of the country that tell their husbands, ‘You can have one side bitch.’ And from time to time, the wife and the side bitch get together and make sure there’s not another side bitch.”

Williams made it clear to her fiancé at the dinner that she did not “approve” of that philosophy. She then asked him whether he’s ever cheated, to which he replied, “Of course, everybody has cheated.”

Viewers immediately took to social media to express why Williams should be concerned over Guobadia’s comments.

“Simon told porsha that his Grandfather had 25 wives, Simon said that in his culture the wife allows 1 side bitch. Simon has had 3 wives. Run Forrest! Run!” one person tweeted.

Another cautioned, “Regardless of how many weeks it was & even if it were months, IT’S TOO SOON PORSHA!!! Get to know him: 4 wives 5 kids Grandpa had 25 wives Dad had 2 wives.”

Williams and Guobadia confirmed they were engaged in May. 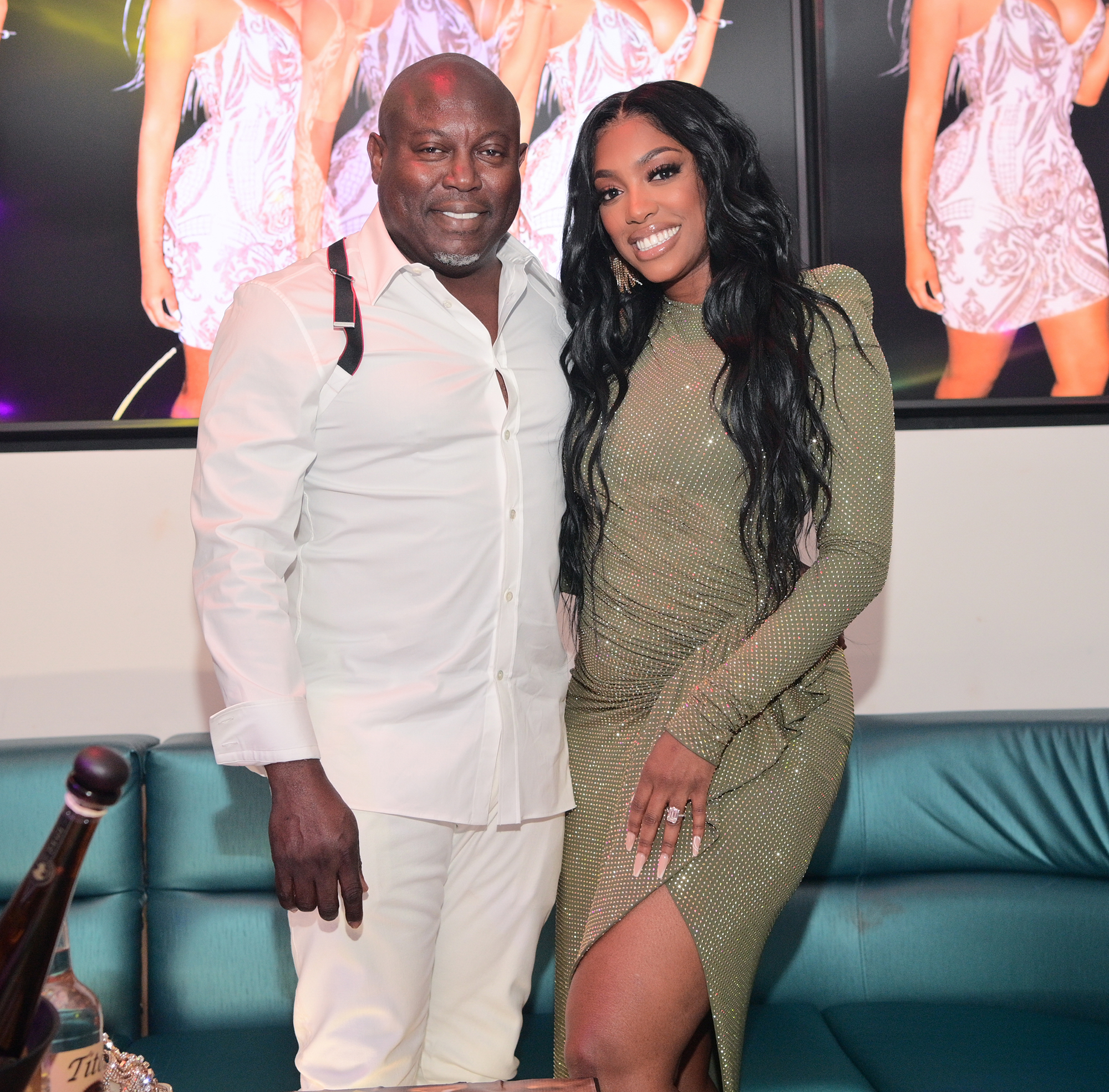 “Our relationship began a month ago—yes we are crazy in love,” the reality star wrote on Instagram at the time. “I know it’s fast but we are living life each day to its fullest. I choose happiness every morning and every night.

“Tuning out all negative energy and only focused on positive wishes. He makes me so happy and to me, that is what matters most.”

Guobadia had just gotten out of his marriage to former “RHOA” cast member Falynn Guobadia at the time, but their divorce was eventually finalized in July.

Simon has denied being unfaithful to Falynn, 32, and even offered $50,000 in cash to anyone with receipts of his infidelity.

Williams, for her part, has been married once before. She and former NFL player Kordell Stewart divorced in 2013 after two years of marriage. She was then engaged off and on to Dennis McKinley, with whom she shares a 2-year-old daughter, Pilar.