Phil Mickelson said he would “cherish forever” his extraordinary victory in the US PGA Championship after becoming the oldest major champion in history.

Mickelson held his nerve during a pulsating final round at Kiawah Island to winhis sixth major title, 16 years on from lifting the Wanamaker Trophy for the first time.

The 50-year-old carded a closing 73 amid euphoric and somewhat chaotic  scenes around the 18th green, finishing six under par and two shots ahead of Brooks Koepka and Louis Oosthuizen.

“I believed I had the ability to do it, I knew I could and I’ve been very frustrated,” said Mickelson, who had started the week ranked 115th in the world and a 280/1 outsider.

“With the help of my wife Amy my brother Tim and my coach Andrew Getson,I’ve been able to get back to playing golf at the highest level and it’s so fulfilling and rewarding and this is a moment I will cherish forever.

“This is just an incredible feeling because I just believed that it was possible, but yet everything was saying it wasn’t. I hope that others find that inspiration.

“It might take a little extra work, a little bit harder effort to maintain physically or maintain the skills, but gosh is it worth it in the end, and I’m so appreciative to be holding this Wanamaker Trophy.” 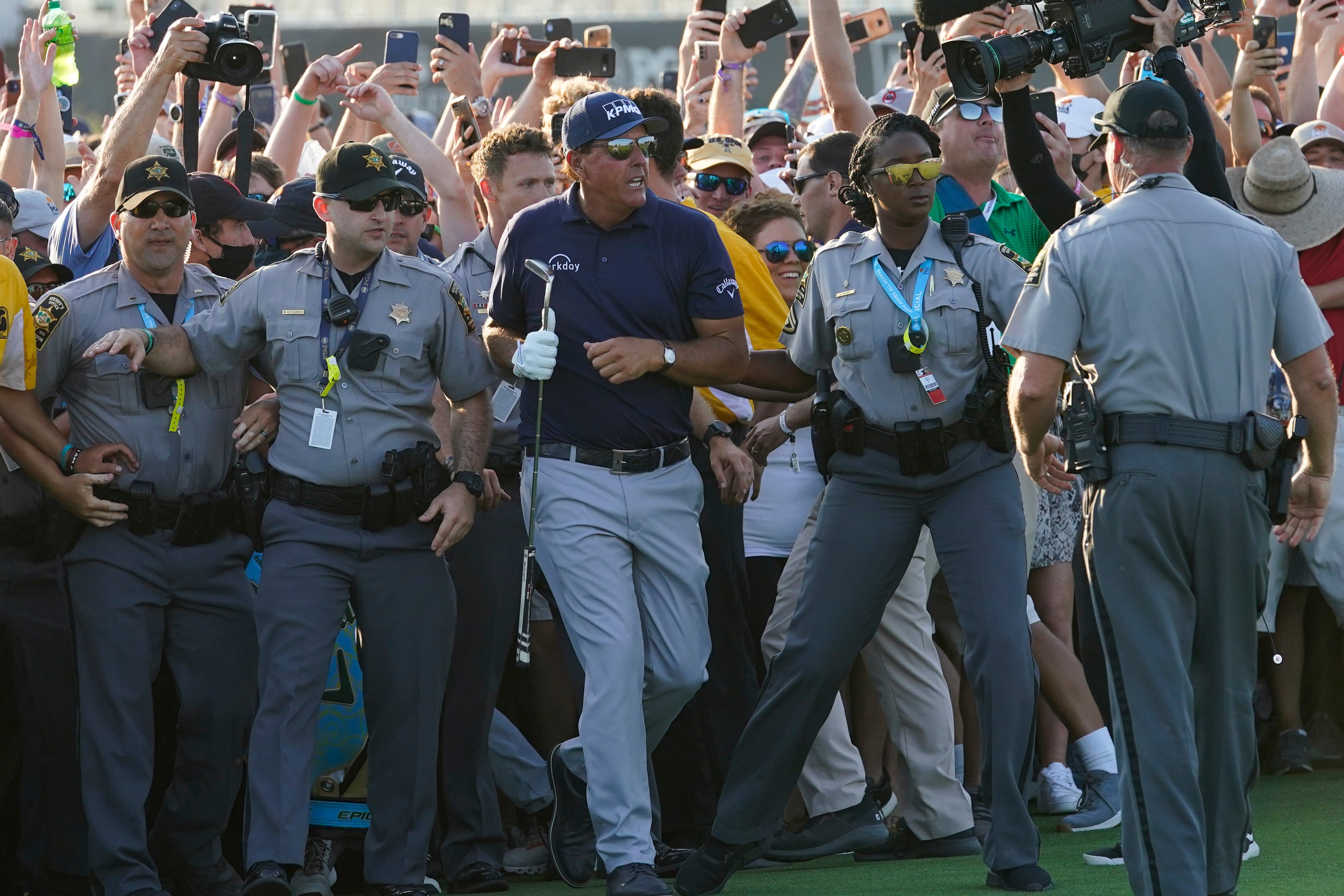 Mickelson was mobbed by spectators after hitting a superb approach to the 18th and needed assistance from security guards to force his way on to thegreen.

He described the experience as “slightly unnerving, but exceptionally awesome,” but playing partner Koepka was not so amused.

“It would have been cool if I didn’t have a knee injury and got dinged a few times in the knee in that crowd because no one really gave a s***,” said Koepka, who had surgery to deal with a knee cap dislocation and ligament damage on March 16.

“It’s cool for Phil, but getting dinged a few times isn’t exactly my idea of fun.

“I don’t think anybody really understands until actually you’re coming out of surgery how… I mean, even when I was doing rehab and there’s five people kind of standing by your knee, you get a little skittish.”

Oosthuizen, who had already finished second in all four majors before this week, said: “I feel like I’m playing my heart out to get a second major, and I do know I have the game to do it. This was close.

“My game wasn’t great on the weekend so I just need to work harder on it to get myself in contention again.”